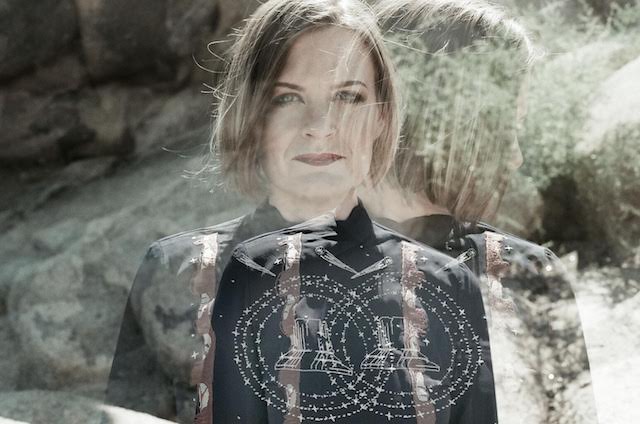 The full-length debut by Julie Carpenter’s Joshua Tree, California ambient orchestral project Less Bells emerged from the drama and desolation of its high desert origins. She cites certain compositions as being specifically inspired by August monsoons rolling in over the mountains, others by clear, starry nights. Utilizing an array of electronic and acoustic instruments, including cello, Optigan, violin, voice, and modular synth, Solifuge conflates not only the solitude and refuge of its title but also intimacy and grandeur, fragility and force, building from austerity to wild overgrowth.

She speaks of a creative process involving cut-ups and rearranging, mapping a melody for strings only to transpose it to synth, or refashioning a rigid classical piece as stream of consciousness soundscape. Carpenter’s versatility and embrace of flux fills these songs with a living, breathing quality, restrained but responsive, adapting to shifting conditions and emotions beneath the surface.