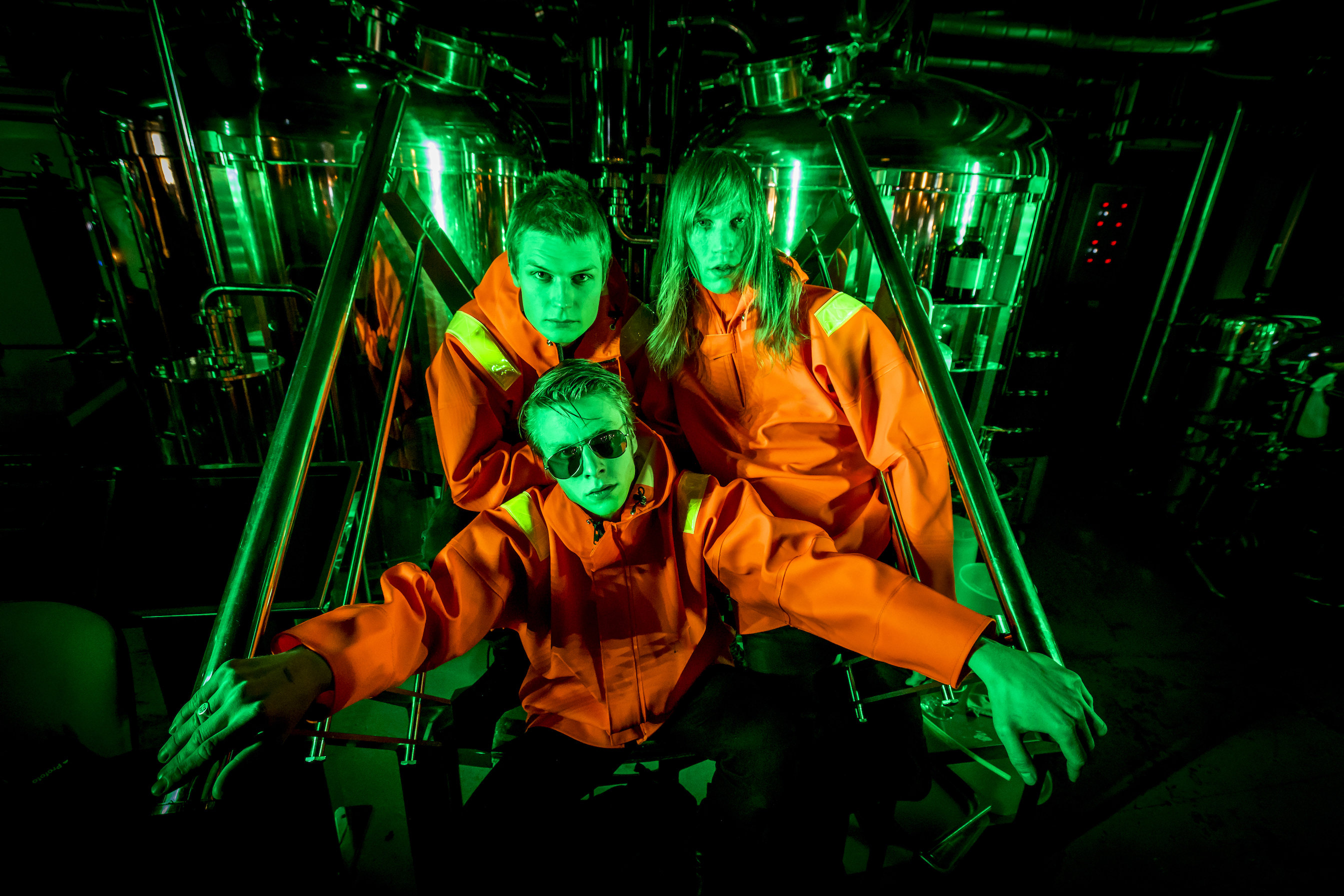 DIALOGUE I out now

Named ‘Iceland’s most exciting young band’ by Pitchfork after the release of their celebrated sophomore LP Sports last year, enigmatic trio Fufanu have returned, dropping a brand new single and video today – Listen To Me. The band recently announced a series of three EPs to be released throughout 2018, Dialogue I-II-III, with the first being released June 29th (out now).

Single Listen to Me represents a dialogue between the two versions of lead singer Kaktus’ personalities. Himself, and his anxiety. The singer comments: “I get these weird anxiety spins sometimes and when Listen To Me was born I was really wondering if anyone was listening to me and I was feeling shit because of it. Then I wondered whether it was me that wasn’t listening to myself. I think that when I wrote it, the lyrics were directed towards others, but while finishing the track it turned into a dialogue between myself and the anxious version of myself.”

Once the band returned to Iceland after a long stint touring, they had a bag of demoes written at different junctures on the road, purposefully created with no regard for a unified sound. Each EP is an exercise in exploring their multiple sonic personalities, from motorik and post-punk to alt-techno, to woozy avant-garde electronica.

They were eager to release the tracks into the world as and when they were written, looking to capture the sense of urgency with which the songs were formed. However, they asked MC, DJ and producer Alap Momin to listen to the demoes and before they knew it, he was on a flight from Harlem to Iceland to work with the band. The result of his input only served to highlight their desire for a distinctive exploration of genres between each record. Kaktus laughs: “Three Icelandic techno-rockers brought the Harlem club scene to their studio in Iceland – it was a life changing week.”

The trio don’t care for being placed neatly into a box, which has never been more evident in their career to date as it is throughout each of these three EPs. Lead singer Kaktus Einarsson comments: “What is great about the creative workflow of Fufanu is that we’ve never just stopped. We’ve never hit a sound that we’re going to stick with, it has always been about discovering what it is we want to make during each moment, and to just keep on exploring.

“There’s this crazy need for people to always categorise everything. Life isn’t just on or off, good or bad – it’s everything in the middle.”