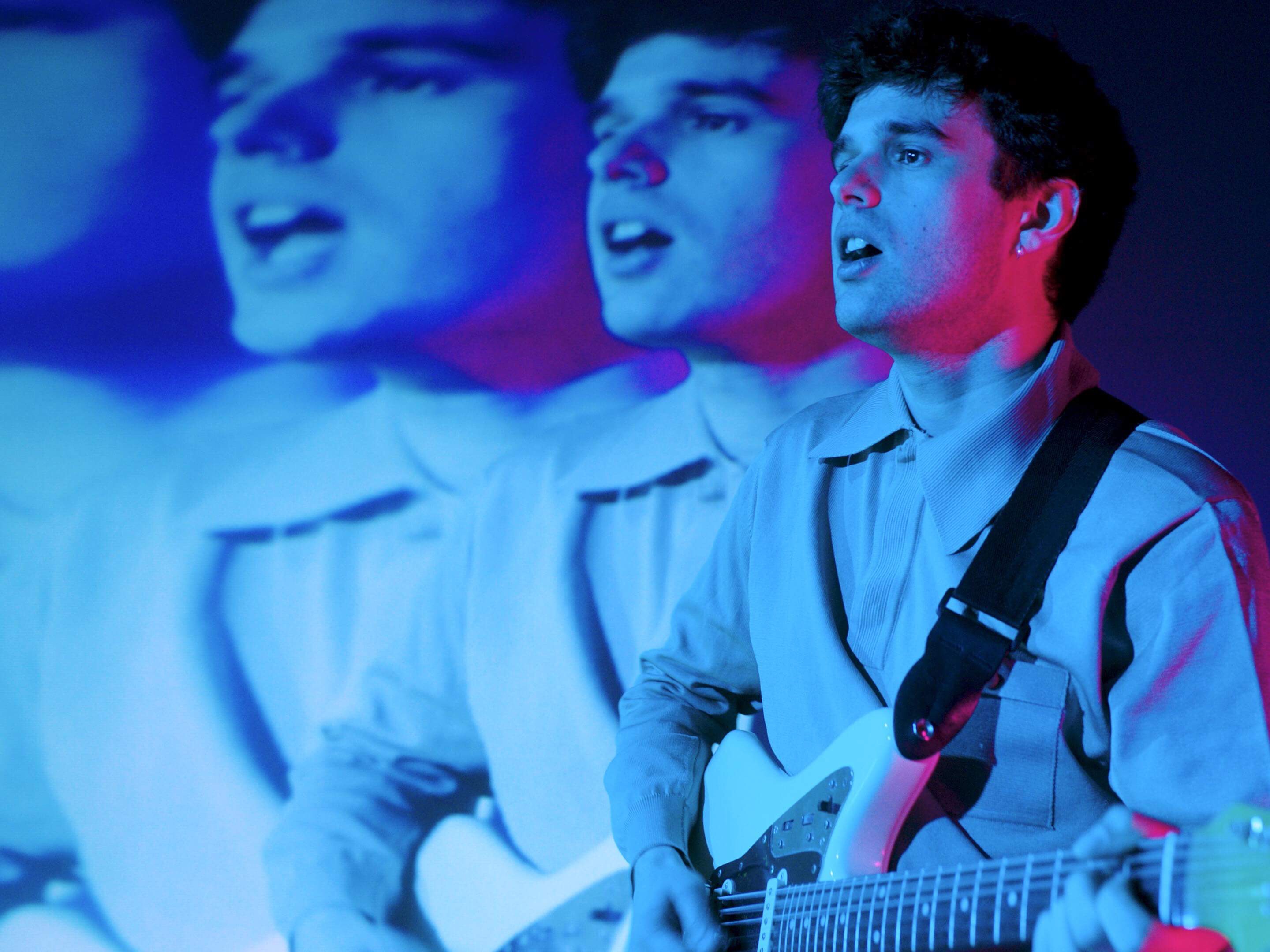 Fake Laugh (aka Kamran Khan) has shared a new video to accompany “On Loop,”  which was released as part of two-track 7” single “Better For Me” / “On Loop” in May via Headcount Records. He has also announced details of new live dates for August.

Kamran has previously described “On Loop“ as “a song about going round in circles and having daydreams about showing everyone that you’ve achieved inner peace.”

Now, the track has been brought to life by director Patrick Krause, who said: “The concept for the video came to me whilst in a hazy trance; a constructed looping dreamscape of colour representing Kam’s journey to finding peace, all while in the conspicuous presence of the characters from the play of his life.”

Fake Laugh’s self-titled debut album arrived in July last year as the delicate accumulation of years of experimentation. Unfurling slowly, the full length was a gradual process: part playfulness, part search for pop perfection. Tuning into the digital disconnect of contemporary life, the album is a vivid rummage through the familiar worlds of love, confusion and self-questioning, refocused through the bright lens of Berlin-born, London-based artist Kamran Khan.