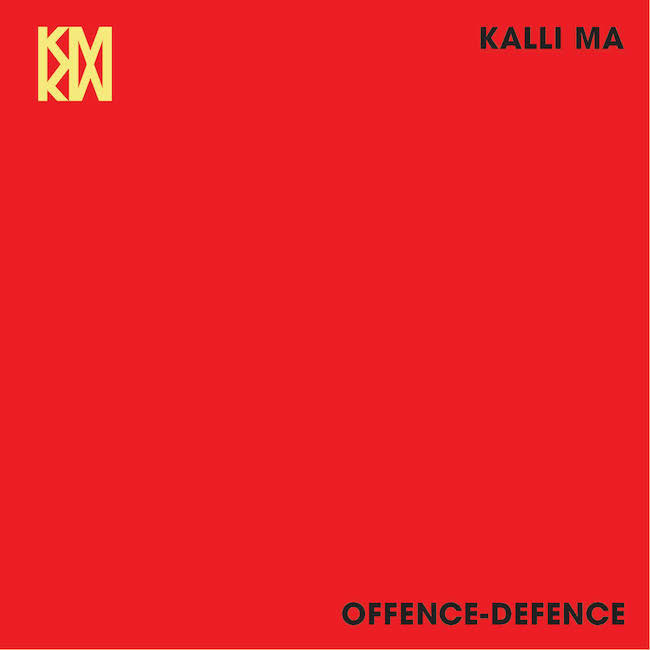 Kalli Ma, the brainchild of producers/DJs Danny Sanchez and Jeremy Sliwerski, return with new single ‘Offence-Defence’ on 27th July on Tip Top Recordings.
Last year’s debut track ‘Promises’ and sophomore ‘High Shot’ featured their hybrid of analogue and digital electronics swerving from Techno’s rhythmic synths and structures to the harsh but beautiful energy of Acid and EBM, inspired by Not Waving, Factory Floor and Gesaffelstein in the process.
‘Offence-Defence’ dials up the mix with a dirty-heavy beat driving Angela Won-Yin Mak’s (Josefin Öhrn, The Go! Team, Prom) vocals through a sea of swirling analogue sounds that bring about a biting, evocative, urgent and dancefloor ready display of Kalli Ma’s production diversity and depth.
Kalli Ma play:
02 August – The Waiting Room, London – w/Timothy Clerkin  TICKETS
04 October – The Old Blue Last, London – DJ set
18 October – The Shacklewell Arms, London – DJ set
Jeremy and Danny are also currently working on remixes for several London artists whose releases are coming up in the next few months.
Kalli Ma is an electronic ensemble influenced by DIY aesthetics to experiment and mix elements of the past whilst keeping a careful eye on what lies ahead.
www.facebook.com/KalliMaNoise
www.instagram.com/kalli.ma