Californian progressive post-rock duo El Ten Eleven are pleased to reveal ‘We Don’t Have A Sail But We Have A Rudder’, the latest single which the band are sharing ahead of the release of Banker’s Hill, their seventh studio album, released in the UK on 7th September 2018 via Topshelf Records.

Stream and share new single ‘We Don’t Have A Sail But We Have A Rudder’ here: http://smarturl.it/WeDontHaveASail

Guitarist and bassist Kristian Dunn says of the new track: “’We Don’t Have A Sail But We Have A Rudder’ refers to the feeling of being in control of one’s destiny but getting almost no help. It’s challenging, but hopeful. Metaphorically, this is represented by the bridge section where the bass and drums play in 7 but the harmonics continue on in 4.”

El Ten Eleven are hitting the road Stateside in support of their new album this year, with dates currently announced in September and November (all dates and ticket info here) and further dates for early 2019 coming soon, including a stretch of UK shows.

New album Banker’s Hill is a nine-song exploration into the challenge of living in the moment. Their music has been described as “meditation in motion,” which seems apt. The album explores the paradox of beauty in anxiety, the importance and effect of family and the fleeting possibility of satisfaction.

For Banker’s Hill, the band brought producer Sonny Diperri (Animal Collective, Dirty Projectors, Protomartyr) into the fold, which is the first time the duo has ever worked with an outside producer. So far, El Ten Eleven has shared the album’s first two singles, its lead single ‘Phenomenal Problems’ along with ‘You Are Enough’, both of which are indicative of the formative duo’s meticulously-honed skills at work; an impressive showcase of how much sonic force just two people can conjure.

Armed with merely a double-neck bass/guitar, drums and a dizzying array of pedals, El Ten Eleven create complex, progressive music from scratch, onstage, with no help from laptops or additional musicians, utilizing multiple looping pedals to create songs that sound as though they are being played by at least six people. 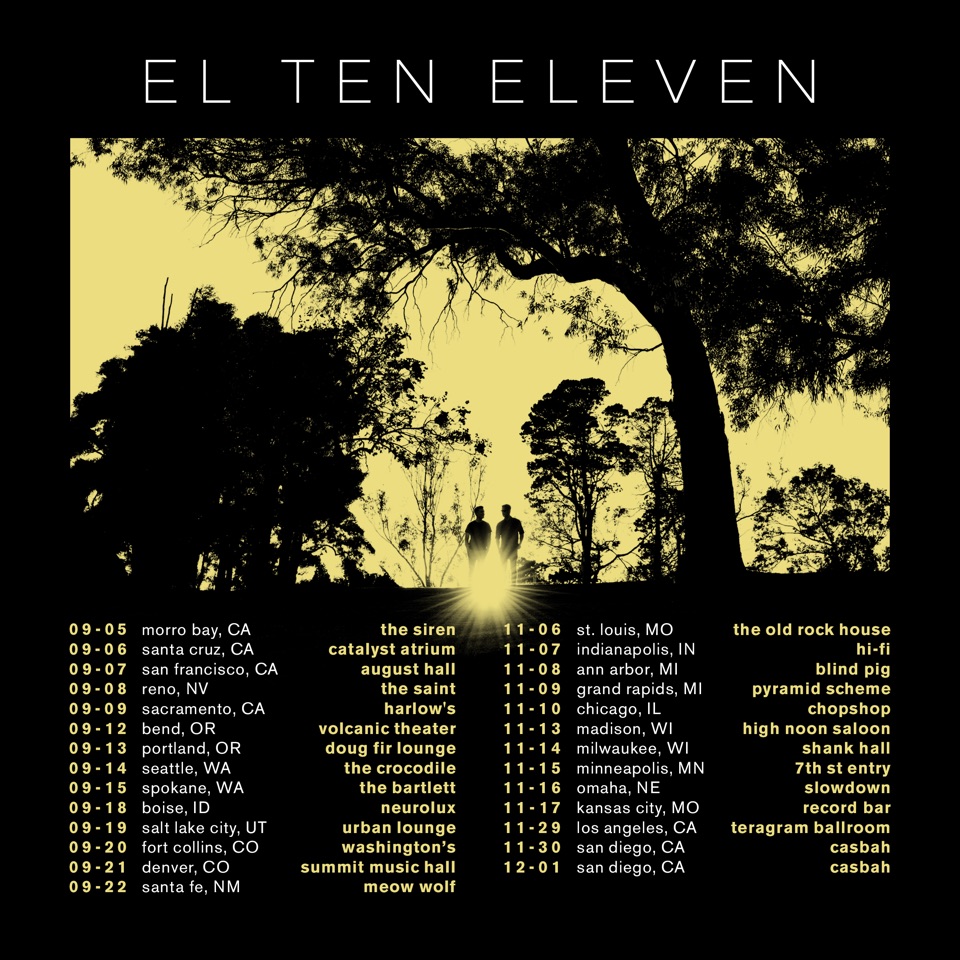