DEAF WISH share “The Rat Is Back”, taken from new album Lithium Zion, due 3rd August on Sub Pop 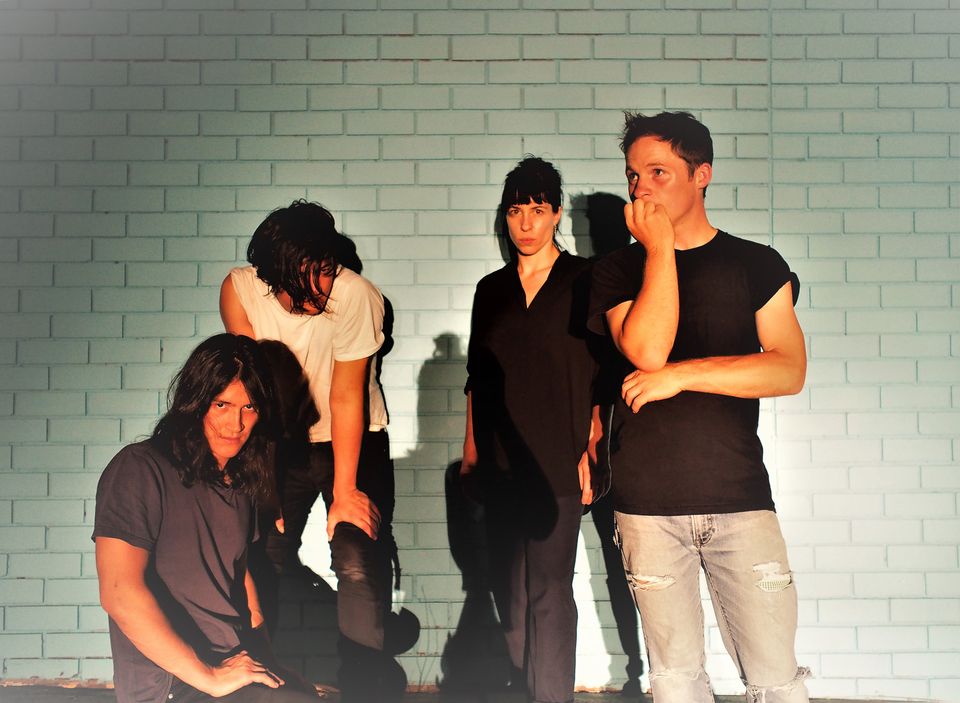 Share official video for “The Rat Is Back,”
a tense and epic new offering from Lithium Zion

In the official video for Deaf Wish’s tense and epic track “The Rat Is Back” guitarist/vocalist Jensen Tjhung directs himself, delivering an unpredictable, humorous, and menacing performance [watch here]. This new offering is from the band’s great forthcoming album, Lithium Zion.

The music on Lithium Zion was collaboratively written by Deaf Wish, with each member taking turns on lyrical and vocal duties throughout the album. Lithium Zion was recorded at Head Gap Recording Studio in Melbourne in April of 2017 with Nao Anzai, and mixed and mastered by Mikey Young of Total Control (who also mixed the group’s “St. Vincent’s” 7” single and Pain album, both released on Sub Pop).

There’s an inherent flaw in the perennially alternating “rock is back” and “rock is dead” arguments: they are based on the idea that rock music is a logic-based choice a person consciously chooses to make. Contrary to the critics who are looking to suss out cultural trends and movements (but have never actually lifted a greasy bass cab onto a stage in order to entertain a couple dozen people), the decision to play loud, distorted, unabashed guitar-rock isn’t a strategic move but a higher calling (or curse, depending on one’s point of view). Some might say the pursuit of rocking out via deafening amplifiers, crusty drums and a beer-battered PA is a spiritual one, an affliction that either strikes or doesn’t. Few groups today embody this sentiment like Melbourne’s aptly-named Deaf Wish.

They’re more likely to ask a fellow musician what they do for their “real” job (for one, guitarist Jensen Tjhung works as a builder) than talk shop about publicists, ticket counts and online promotions. They’re a grisly rock group and they’ve already signed to Sub Pop, which is to say they’ve already succeeded beyond their wildest dreams, so anything that comes after (performing in strange new cities, meeting like-minded souls, maybe even selling a t-shirt or two) is a bonus. And if they come to your town, you would be wise to clear your calendar: “I’ve started pouring a can of beer on my head every show. If that ain’t worth five bucks then I’m quitting show biz for good,” promises Tjhung.

Lithium Zion is their fifth full-length album (and second for Sub Pop following 2015’s Pain), and while it’s a rare case that a group’s fifth album is their best, particularly any band operating under a “loud fast rules” ethos, Deaf Wish make a strong case as the exception. Their previous albums were all recorded in makeshift studios (Is that a basement with some quilts stapled to the ceiling? Now it’s a “studio”!), which of course is a wise aesthetic choice for capturing the hazardous riffing, chemically-stained vocals and fiery rhythms conjured by a group such as this, but this step toward a slightly more professional sound only enhances their power – think of the difference between a tangled pile of firecrackers and a red stick of TNT lodged in a hornets nest.

The record opens with “Easy”, a languid rocker in the rich Australian tradition of groups like X and The Scientists. From there it’s onto “FFS”, a moody downhill rocker sung by guitarist Sarah Hardiman (“I feel like a fool / out playing pool / hitting on you”) that confirms Deaf Wish’s relation to fellow Sub Pop employees like feedtime and Hot Snakes. “The Rat Is Back” is tense and epic; “Hitachi Jackhammer” pays a brief and noisy tribute to Hitachi’s second most notable device (you’d be forgiven for assuming this song is about vibrators). Lithium Zion is a veritable buffet of garage-punk energy, post-punk pathos, sardonic wit and the fearlessness that comes with Aussie rock, a natural consequence for anyone living on a continent teeming with grapefruit-sized spiders and man-eating mosquito swarms.

As has always been the case, the whole group shares vocal duties, even drummer Daniel Twomey (you know the band is slightly unhinged if they’re letting the drummer sing). Hardiman and Tjhung are as ragged and hairy as ever, chugging along as though krautrock was trying to speed past the late ‘70s but got caught in the sticky grasp of punk. Such is the way of Deaf Wish, a group destined to write songs that are simultaneously stupid and sublime, vulnerable and ferocious, and play them with the unbridled intensity they demand. Anyone serving a life sentence to rock will surely concur.

Lithium Zion will be available on CD/LP/DL/CS worldwide on Friday, July 27th, except for the UK on Friday, August 3rd, through Sub Pop. LP Preorders of the album through https://megamart.subpop.com/releases/deaf_wish/lithium_zion will receive the limited Loser edition on hot pink vinyl (while supplies last). UK and European pre-orders of the limited Loser edition LP will be available on hot pink vinyl from select independent retailers (while supplies last).