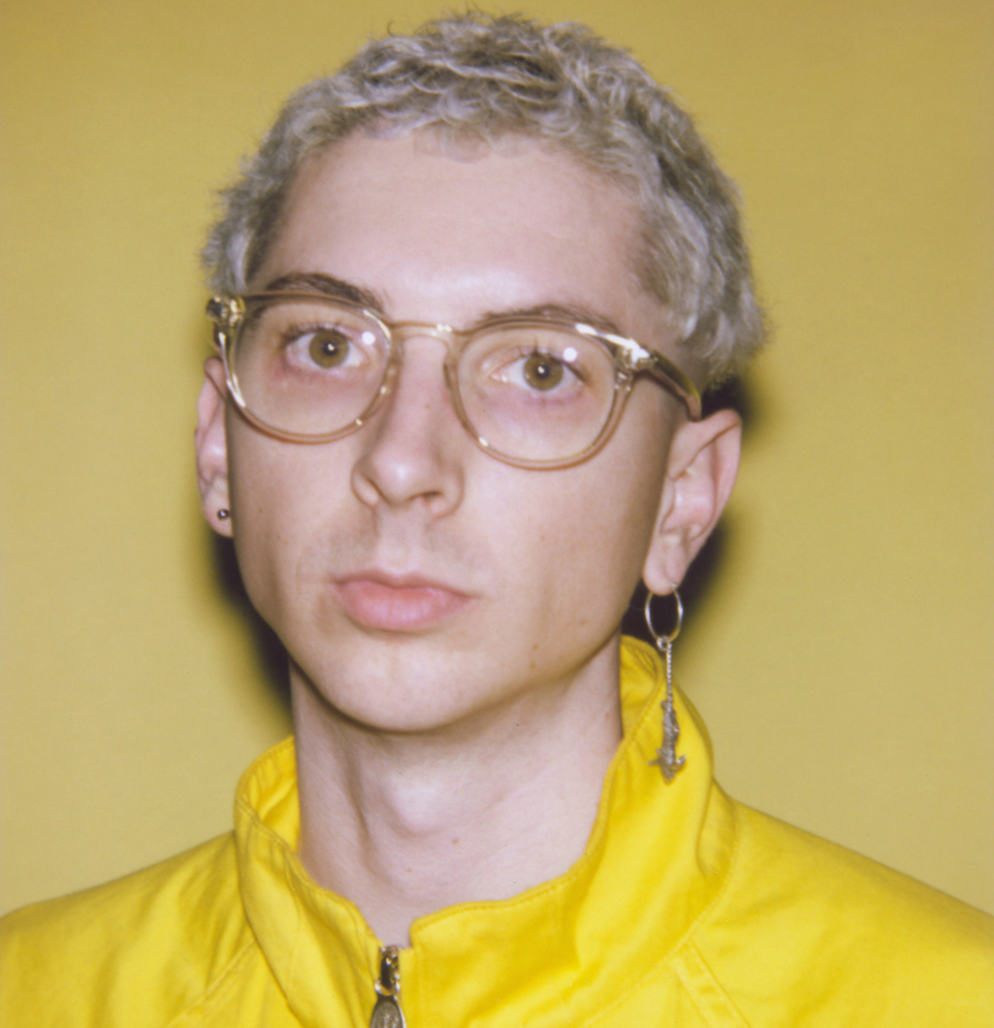 With his debut album ‘Mulberry Violence’ set for release on August 17th (Baby Halo), Trevor Powers has shared a second couplet of tracks from the album.

The album’s opening two songs, “XTQ Idol” and “Dicegame” set the scene for this diverse, enthralling and bewitchingly eccentric listen, where surrealist electronics and Powers’ haunting vocals are grounded by emphatic piano-work.

Speaking on the first of the two tracks, Trevor told The Fader: Early in the process of forming Mulberry Violence, I took a trip to the Czech Republic & visited Sedlec Ossuary, a small Roman Catholic church elaborately adorned with the bones of 40,000 people ::: many of whom died from the plague. Garlands of skulls. Crosses of femurs. Chalices of hipbones. A chandelier made from every bone in the human skeleton. This was all constructed as a way to honor the dead. For me, it was a labyrinth of mirrors. My reflection multiplied thousands of times in front of me, & I couldn’t look away. I saw myself as I really was. Trembling, I said a hushed prayer. Each turn showed me there was no escape from how it all ends; beneath this skin & without this spirit was just another heap of bones. As the tension through my muscles eventually lessened, a peculiar peace washed over me. My problems shrunk. My stress diminished. My pain was temporary. Maybe one day someone will use my tibia in a human chandelier..  ?  I can only dream.  Late that night, I started XTQ Idol.

On Dicegame he commented: My favorite painter, the existential outcast Francis Bacon, described a work by saying, “It was like one continuous accident mounting on top of another.” This is entirely how I function  — shaping ideas for weeks or months that lead absolutely nowhere..  it’s not until I fuck up & do something totally inadvertent that the path finally begins to glow. The mistake is always more captivating than the intention. Dicegame had 6 other versions before it. All of them different; none of them honest. The entryway refused to accept any of my passcodes; it wasn’t until the big blunder came & I typed that into the keypad that the gate finally swung open. I chased the accident, mutated it, made more mistakes along the way, viscerally put them together, & the song finally had life.

The full track list to ‘Mulberry Violence’ has been kept secret. Powers initially announced this new recording venture with the video for “Playwright“, closely followed by the album announcement and the first couplet of tracks; the creeping bass-heavy “Ache” and shattering, distorted melancholy of “Plaster Saint”.

To accompany the announcement, Powers issued the following statement:

Early chronicles have long enveloped mulberry trees in legend. Some say they’re the link between heaven and earth. Others say the red berries are stained from the blood of star-crossed lovers. For over 5,000 years, medicine has been made from their leaves, with some cultures claiming them to be a miracle remedy or even the key to eternal life. Although many stories and attributes surround the mulberry tree, they are known most for one reigning characteristic ::: wisdom. Mulberries wait until the danger of frost is completely gone before they begin to bud, at which point the budding occurs overnight. They are patient. They are restrained. They are calculated. They are everything we’re not.

We are tornadoes, sweeping the fields – mutable and unsettled. Storms of impulse; units of destruction. Often our instincts are misguided / lashing out rather than soaking in silence, tuning in to the whispers. Violence is king, and we are its servants ::: eager to please, trained in frenzy, and knowing little else. Since infancy, we’ve grown used to hearing words far opposite the examples we’ve been shown. We’ve been told to douse fires, but we’ve been handed a torch. Should it be a surprise that the world is burning?

Mulberry Violence is the intersection of these two dimensions. It is where stillness meets pandemonium. Dead air meets babel. Harmony meets war. Sisters from the same womb, separated at birth. It serves as a personal document of the everlasting battle inside of us. No one has it figured out; least of all me.

More about Trevor Powers:
Trevor Powers (born March 18, 1989 in San Diego, CA) is an American musician, producer, and composer based in Boise, ID. He began recording music in 2011, releasing a trilogy of albums under the moniker Youth Lagoon before announcing the end of the project in 2015. While taking crash courses in classical theory, jazz, and ancient modes throughout the time that followed, Powers started making music experiments inspired by the visual works of artists such as Francis Bacon, Sister Gertrude Morgan, and Harry Clarke. Lining his walls in crude print-outs of pictures, he found graphic saturation helped inform the social and spiritual themes of his music.