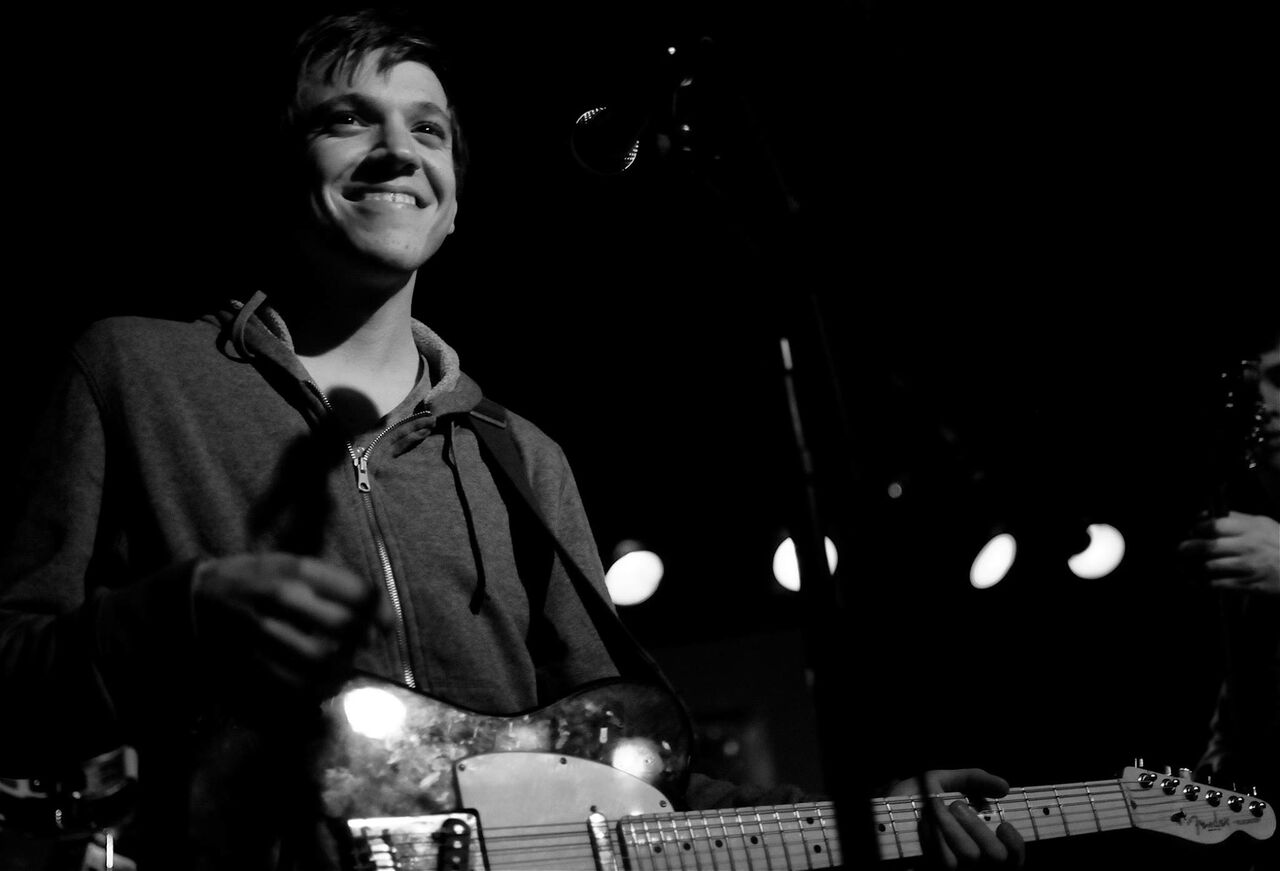 “The track (“Moulding Over”) is a dreamy rumination on mortality,..“
– Consequence Of Sound

Consequence Of Sound has shared late Surfer Blood guitarist Thom Fekete’s single “Moulding Over”. It will be featured on his posthumous LP Grow out 6/8 via Joyful Noise Recordings. Along with the track premiere, Thom’s wife Jessica did an “Origins” piece explaining who influenced the song.

Thom Fekete, former lead guitarist of Surfer Blood. Thom was raised by a family of musicians, his parents moved to the US from Hungary in the 70’s to pursue their career as touring musicians and eventually toured much of the world as entertainers on cruise ships. Growing up with passions divided between skateboarding (potentially slated to go pro) and music, music ultimately pulled Thomas in it’s direction with the offer to join Surfer Blood in 2009.

Thom wrote, recorded and toured with Surfer Blood until his diagnosis with cancer in late 2014. He was diagnosed in December 2014, after experiencing strange and debilitating pain while on a hike during his honeymoon. Thom was very open about his illness and every method of treatment that he underwent, detailing almost everything on the gofundme page set up by his wife – which due to an unbelievable outpouring of support, raised hundreds of thousands of dollars and allowed Thom access multiple experimental treatments and the ability to fly to doctors outside of the US for alternative options.

While undergoing the rigorous treatment, Thom put out his first solo album, Burner, through Joyful Noise. Overwhelmed by its reception, he quickly began work on a second album.

Thom passed away in Delray Beach, Florida on May 30, 2016. He dreamed of continuing his solo music career with the goal of moving to Asheville, NC to open his own recording studio there

Thom began work on his second album in January 2016. He and his wife built bedside rigs and set up travel studios out of suitcases to give him the ability to work regardless of where treatment took him, and despite becoming bound to wheelchairs and walkers. Thom was unable to see his work to its completion, as he became too weak from his illness in April and passed away in May of 2016.

Later that year, Thom’s wife, Jessica Fekete, aware of his work on this next set of songs, went through his computer and pulled every file that seemed a part of this project. She discovered a notebook that included notes for it’s title and some hints of a tracklisting. With a stroke of pure luck, she was even able to acquire stems from a live performance of the last track “When Death Comes Searching” which Thom had not had the chance to record. She brought these files to Daniel Good (Thom’s dear friend who mastered Burner) at his home in Joshua Tree, and together they pieced together what seemed to be a cohesive and complete record that best reflected Thom’s beautiful, wildly charged spirit.

Believing that Thom lives on through the music he was so passionate about, Jessica was eager to share what he excitedly worked on during the last few months of his life. The music drove him forward, made him forget about the suffering he so bravely faced each day. The music was his life force. There is no greater honor than being able to share the last remaining pieces of Thom with his fans and loved ones who supported him so fiercely in his battle and shared in the amazing life he lived.

10. Waiting For My Bell to Ring