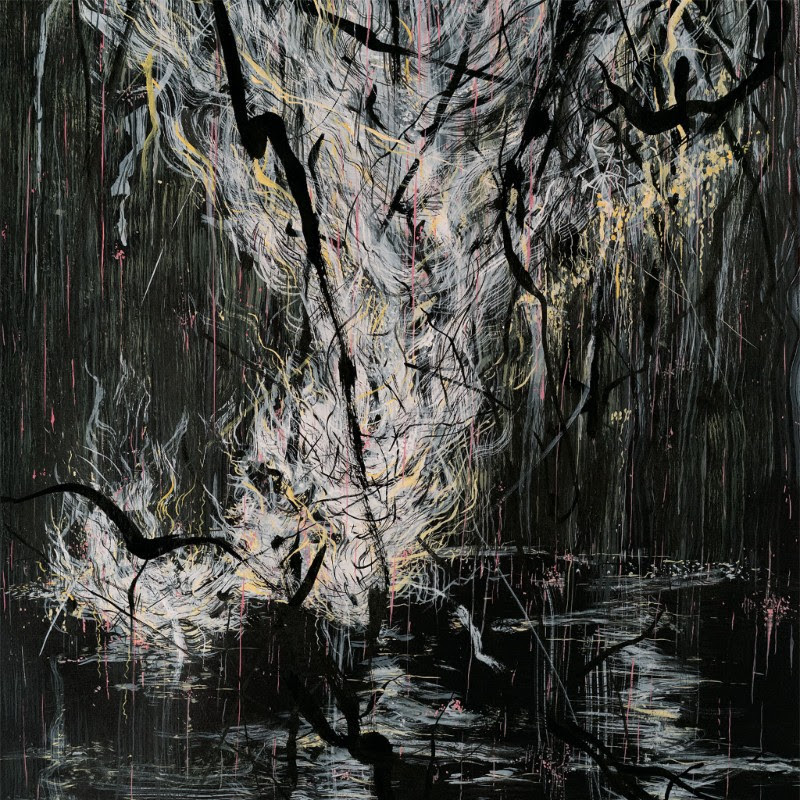 Watch the trailer for Love In Shadow

“For over two decades, Aaron Turner has been on the front lines of intelligent forward-thinking heavy music” – Revolver

On Keiji Haino & SUMAC’s early 2018 album American Dollar Bill…:
“One of the year’s best rock records, it is a five-track behemoth that includes quarter-hour tessellations of tortured guitar and explosive drums. Above the melee, Haino howls tormented poetry, grappling as he always does with complex feelings that seem just beyond clear expression.” – NPR

Love In Shadow is a brutalizing dive into love and all its raw emotions. SUMAC are always searching for a new approaches and challenges. Turner’s nimble songwriting combusted with the road-honed intuition and technical prowess of his bandmates results in a sound that is at once complex and primal. Riffs lurch into psychotropic scrapes, drum fills are distended and mangled, and Turner’s voice carries the weight of a strife that is colossal in both volume and austerity.

Recorded live in a single room at Robert Lang Studios in Washington by Kurt Ballou (Converge), who later mixed the album at his own studio God City, Love In Shadow ushers in a more improvisational songwriting approach for SUMAC – a sea change galvanized by their collaboration with Haino. Finding comfort in the negative spaces within each track’s borderland was the trio’s primary goal in writing the four massive tracks comprising Love In Shadow.

On the album’s emotional motif, Turner says: “Since many of the surface level aspects of our being are often used as divisive tools to separate/alienate us from one another, the intent here is reveal that at our base level all humans desire and need to be loved and accepted for who they are, for just being.”