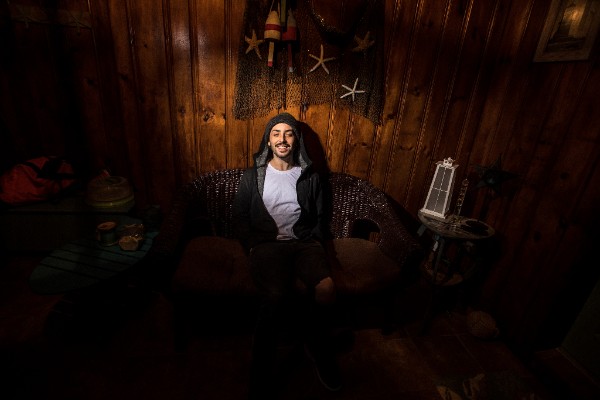 Pre-Order Reissue Of The Yunahon Mixtape

On Tour This Summer with Citizen

Oso Oso have just announced a new two-sing single gb/ol h/nf, set to be released on June 14th, and a vinyl reissue of The Yunahon Mixtape via Triple Crown Records. Stereogum is now premiering “gb/ol h/nf,” alongside a music video animated by Joel Kirschenbaum. Stereogum calls the track, “five whole minutes of jumpy hooks and melodic breakdowns, centered around the evocative image of what happens when the sun sneaks in through the window and what happens when it disappears again.” This is the first new music from Oso Oso since signing to Triple Crown Records earlier this year. It follows the indie punk band’s critically acclaimed 2017 album The Yunahon Mixtape, which Triple Crown is reissuing. Pre-orders for the repress are available now. Oso Oso will be touring this summer with Citizen and Queen Of Jeans. A full list of dates can be found below.

Oso Oso is the latest project of Jade Lilitri out of Long Beach, New York. After a couple of early records, the band self-released their first fully realized album The Yunahon Mixtape on Bandcamp in early 2017. Despite this low key release, the album quickly gained traction across the scene, winning over both fans and critics with it’s diverse, recognizable knack for memorable choruses and instantly relatable lyrics. In 2018 the band was signed by Triple Crown Records, who reissued The Yunahon Mixtape in advance of new music.

THE VINTAGE CARAVAN – to enter the studio in January to record new album!