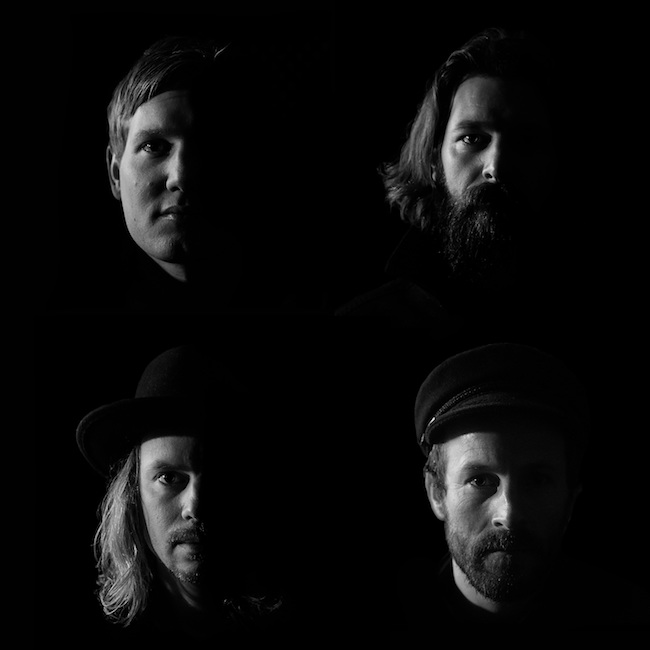 MAYFLOWER MADAME
NEW EP ‘PREMONITION’ OUT NOW – HERE IT HERE
WATCH VIDEO FOR ‘BEFORE I FALL’ HERE
Norwegian band Mayflower Madame will release their new ‘Premonition EP’ on 18th May.
Through four tracks of psych-theatrical ingenuity, shady shoegaze and 1980s dark romanticism, the EP conveys the wintry feeling of their home country – icy and gloomy, haunting and majestic.
The band have now shared the video for EP track ‘Before I Fall’.
Following a US tour back in the spring, Mayflower Madame will retrun to the UK in September, with more dates to be announced soon.
Sep 15 – The Psych Weekender – MANCHESTER – UK
Mayflower Madame formed in Oslo in 2011. They started rehearsing in a desolate industrial building they shared with a carwash company. Amidst the gritty surroundings, their hazy, smoke-laden sound seemed to be conceived naturally and the band soon recorded a four-track demo. Just months later, they won the award “Unsigned Band of the Week” on one of Norway’s biggest radio channels. After nearly five years of playing live shows across Scandinavia and carefully crafting their sound along the way, Mayflower Madame’s debut album ‘Observed in a Dream’ finally arrived in 2016. The album proved to be well worth the wait and its dazzling display of darkly inflected post-punk swathed in shimmering psychedelia earned them rave reviews. Since then, the band has toured both in the U.K./Europe and North America. They have shared the stage with bands like Crystal Stilts, Night Beats, La Femme, Psychic Ills and Moon Duo, which further gives you an idea of their sonic landscape.
‘Premonition EP’ is Mayflower Madame’s first release since their debut and is also a forewarning for the upcoming second album – expected to be launched in late 2018.
Mayflower Madame are Trond Fagernes (vocals/guitars), Havard Haga (guitars), Petter Marberg (bass) and Ola J. Kyrkjeeide (drums)
www.facebook.com/mayflowermadame
www.instagram.com/mayflowermadame