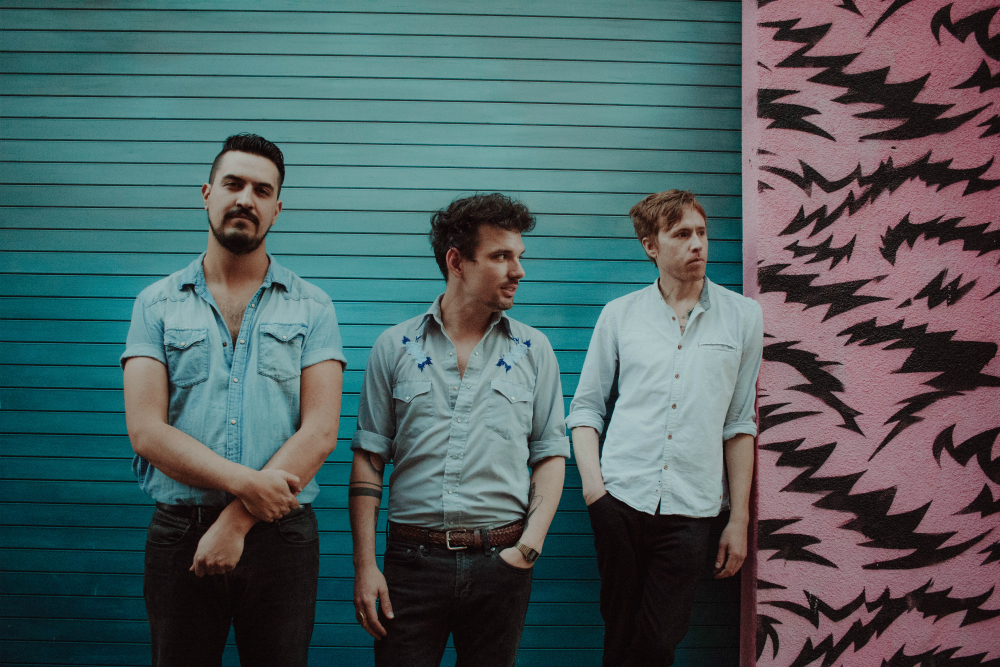 Taken from the forthcoming album ‘Liquor’
Out 13 July via Weekday Records
http://smarturl.it/LydiaLiquor

“a potent brew of choppy riffs, infectious melodies, and lyrics that make incisions on personal moments in their lives.” – CLASH

Arizona alt pop outfit LYDIA have revealed another new song from their forthcoming album ‘Liquor’. The yearning, bittersweet soundscape of ‘Red Lights’ is realised with a guest appearance from the band’s labelmate Lauren Ruth Ward. Vocalist/guitarist Leighton Antelman says that the composition is ”about a last night out with a loved one before both going our separate ways”. Of the collaboration, Antelman comments “I always loved a back and forth, call and answer, dialogue on a track. Lauren is a friend that I had a great time collaborating with and met through our label. With her on the second verse and chorus it lets the song come alive in a whole other fashion.”

Lydia’s forthcoming album, ‘Liquor’, is set for release 13 July via Weekday Records. Although ultimately produced by Lydia themselves, the genesis of ‘Liquor’ also saw the band enter the studio with renowned producer Eric Palmquist, who’s previously helmed records for post-hardcore legends Thrice and alternative standouts MUTEMATH, to record the majority of the album’s tracks.