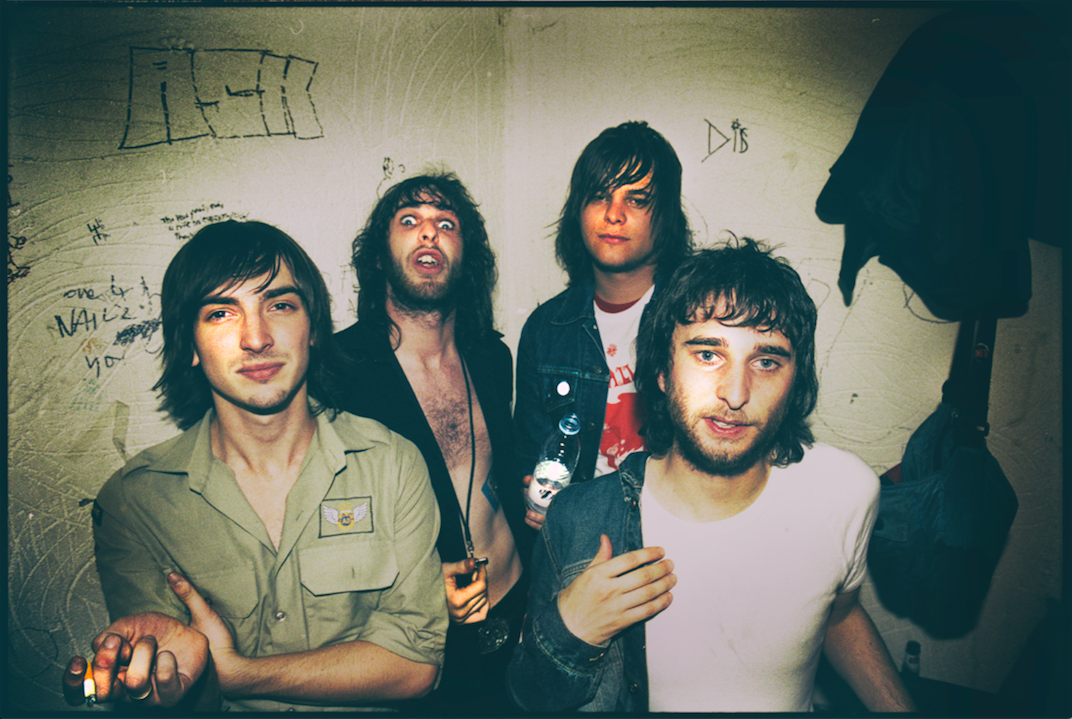 HIT THE ROAD FOR THE GET RE-BORN 15TH ANNIVERSARY NATIONAL TOUR!

It’s been fifteen years since the now famous hooks and riffs of JET’s debut album ‘Get Born’ were unleashed on the world, and in celebration the band will be heading to the UK in July (tour dates below) on the JET Get Re-Born tour. The band have just completed an Australian run performing better than ever to rave reviews:

JET’s Get Re-Born show is pretty much all killer, no filler – The Age

JET hit the stage looking and sounding every bit the stadium-ready world-dominating rock band they once were. – Tone Deaf

Have JET Still Got It? Their Sydney Reunion Show Suggests They Do… proving that 15 years on Jet haven’t lost any fire. – The Music

JET are one of the most successful rock bands of recent times. With global sales of more than 6.5 million albums, ‘Get Born’ was certified platinum and gold in numerous territories and spawned the singles that made JET famous the world over – ‘Are You Gonna Be My Girl’, ‘Look What You’ve Done’, ‘Rollover DJ’ and ‘Get Me Outta Here’.

Added to the acclaim were six ARIA Award wins in Australia, but the unparalleled success of ‘Get Born’ in their home territory was only one part of the story. In the US JET topped the US Modern Rock singles charts won an MTV for Best Rock Video of the year. In UK, ‘Get Born’ and its lead single both went Top 20. Touring worldwide with the likes of the Rolling Stones and Oasis soon followed, while headlining festivals and reaching #1 on charts globally.

A request from the legendary Bruce Springsteen to accompany himself and the E-Street Band on their sold out Australian tour of 2017. Following an overwhelming response to those shows, the band dipped their toe back in the live waters with a triumphant appearance at the legendary Fuji Rock festival in Japan and sold out shows in Sydney and Melbourne. The reaction from fans was enough to suggest that love for the band never waned, and was in fact, stronger than ever.

JET said, “We’re really excited to play ‘Get Born’ in full for the first time ever. The idea of playing this album and celebrating 15 years since began our journey is something that’s very special to us, and we can’t wait to get out there and see old friends again, and meet plenty of new ones as well.”

Melbourne based JET– drummer Chris Cester, frontman Nic Cester, guitarist Cameron Muncey and bassist Mark Wilson – formed in 2001 and self-released their first EP, the vinyl only ‘Dirty Sweet’ in 2002. ‘Get Born’ was released after their label deal with Elektra and was followed by the albums ‘Shine On’ in 2006 and ‘Shaka Rock’ in 2009. After riding a wide of international success,JETdisbanded in 2012 before re-forming in early 2017.

To coincide with the tour, JETare pleased to announce the release of ‘Get Born: Live At The Forum’ album– available here http://smarturl.it/JetLive