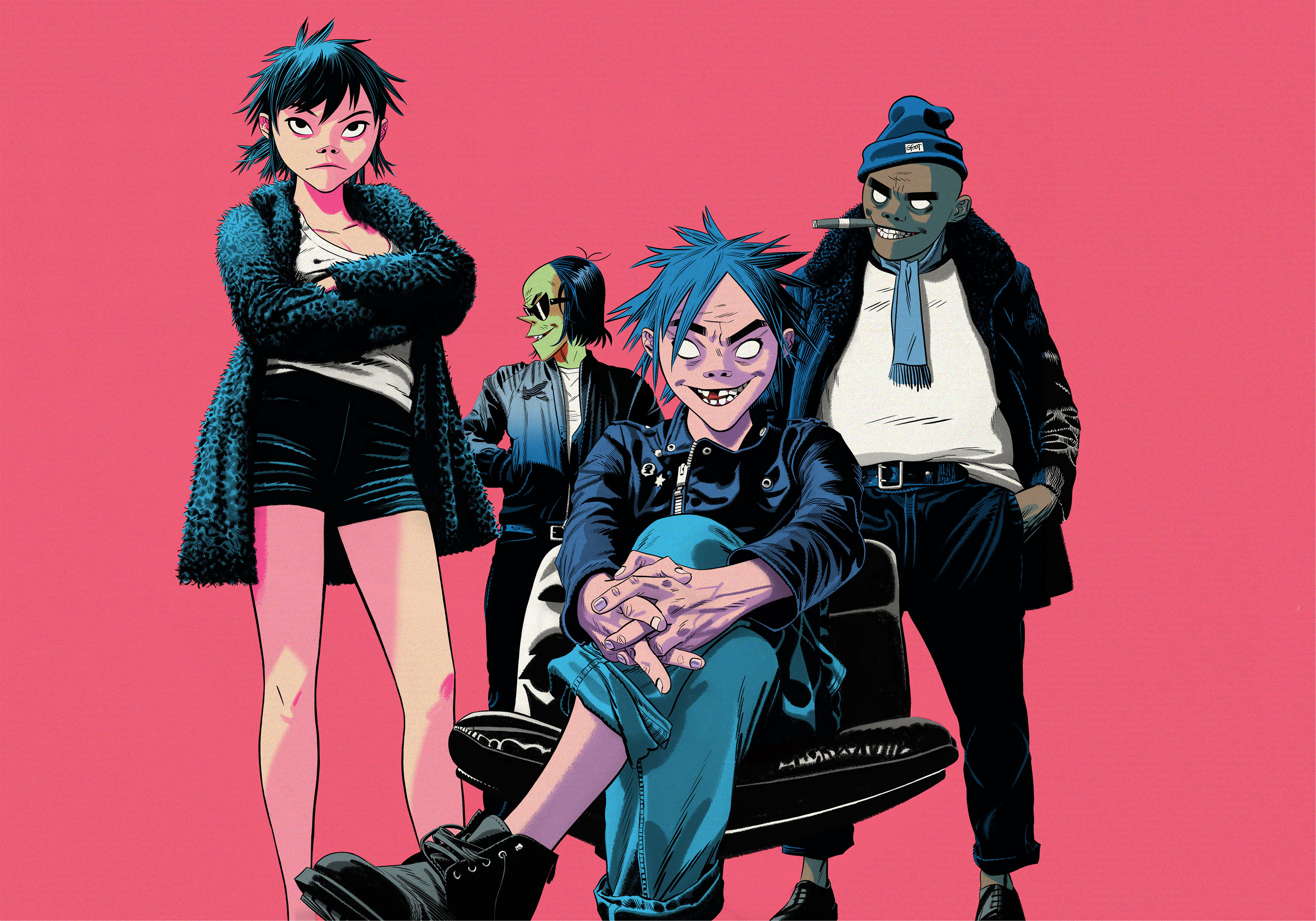 From Upcoming Album ‘The Now Now’

It’s been a busy week for Gorillaz.

Kicking off with news of The Now Now – a new studio album from the World’s Most Successful Virtual Act*, produced by Gorillaz, with James Ford and Remi Kabaka, and recorded entirely at Studio 13, London in February this year – set for release on 29th June (Parlophone).

Fresh off The Now Now came the release of the sublime, sun-drenched video for first track ‘Humility’, directed by Jamie Hewlett  and starring a roller-skating 2D plus a busking Jack Black, generating huge excitement with fans around the world to become #1 Global Trending Video on YouTube.

And over the weekend, Gorillaz lynchpin Murdoc Niccals – currently residing at Her Majesty’s Pleasure in London’s Wormwood Scrubs – launched an ingenious plan to enlist loyal fans behind the #freemurdoc campaign to assist his efforts in gathering information behind his false imprisonment for smuggling… With the help of a multi-platform chatbot, concerned fans around the world can converse with Murdoc – via voice or text – to hear from the man himself on what exactly they can do to help him break out of prison to restore his rightful place in the band, alongside 2D, Noodle and Russel.

And now the band have dropped a new album track, titled ‘Sorcererz’ with an additional new track to come every week ahead of album release.  Listen to ‘Sorcererz’ here

Gorillaz, currently on the road in North America with The Now Now Tour, will play extensive festival dates across Europe this summer, to include a headline appearance – their only UK show this year – at Boomtown Festival, Hampshire on 11th August.

And Gorillaz’ own acclaimed Demon Dayz Festival – the “joyful apocalypse… and carnivalesque festival of great performances” (The Guardian)” curated by Damon Albarn and Jamie Hewlett – will make its exclusive appearance for this year at the Pico Rivera Arena in Los Angeles on 20th October, with additional dates for North America also confirmed today. (See complete tour itinerary below).