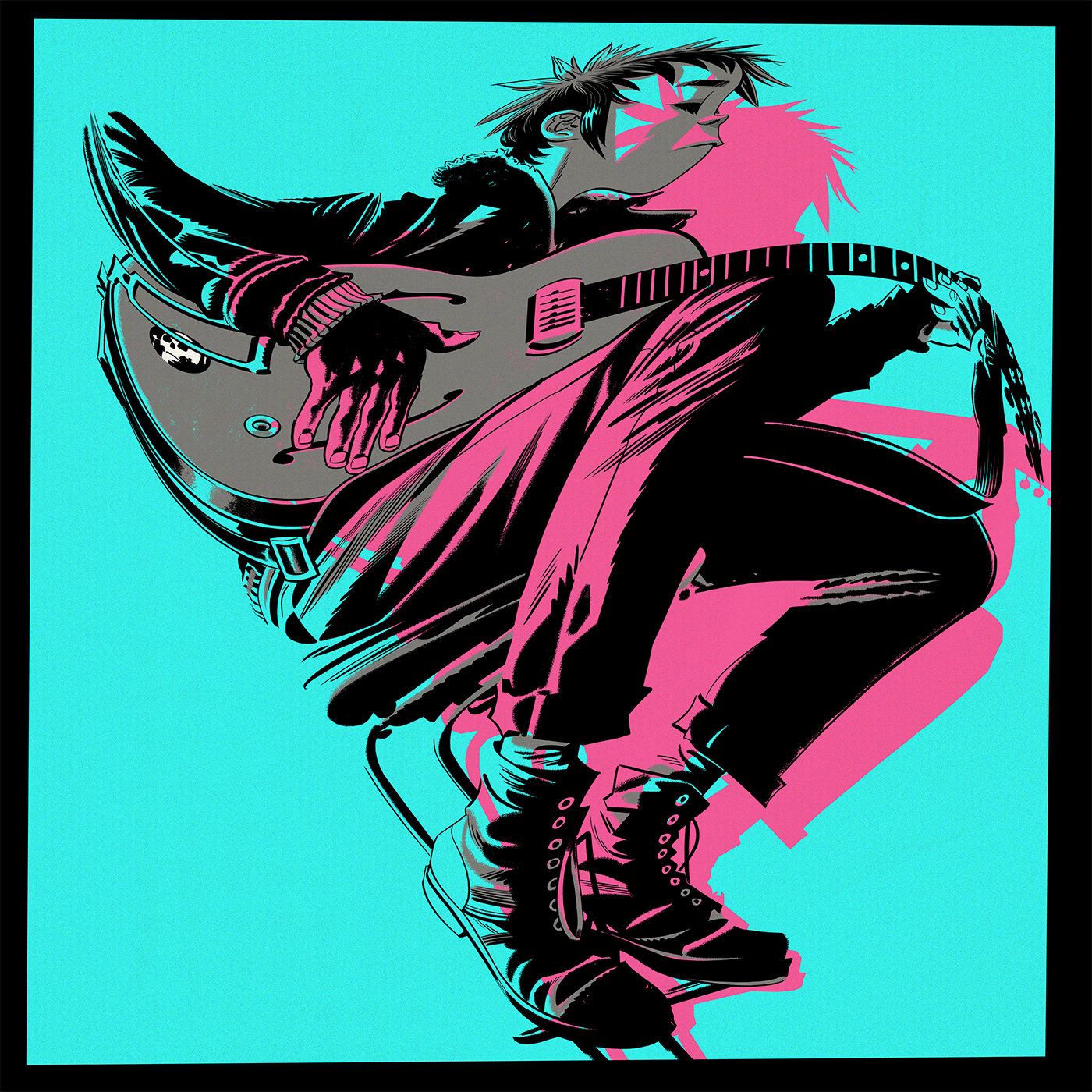 THE NOW NOW
Out 29th June on Parlophone

A brand new studio album from Gorillaz titled The Now Now will be released by Parlophone Records on 29th June.

The Now Now is 11 all-new songs from the World’s Most Successful Virtual Act*, produced by Gorillaz, with James Ford and Remi Kabaka, and recorded entirely at Studio 13, London in February this year.

The album sessions for The Now Now saw the band largely eschewing guest stars, taking it back to the core creative crew: blue-haired, sweet-natured dreamer 2D on vocals;  whip-smart Japanese badass Noodle on guitar; not forgetting Brooklyn-born philosopher and the meat–behind-the-beat Russel Hobbs on drums. And with Murdoc Niccals temporarily indisposed, bass duties on the new album have been taken up by erstwhile Gangreen Gang member Ace.

Gorillaz will hit the road this summer with The Now Now Tour playing extensive festival dates across Europe, to include a headline appearance – their only UK show this year – at Boomtown Festival, Hampshire on 11th August.

And Gorillaz’ own acclaimed Demon Dayz Festival – the “joyful apocalypse… and carnivalesque festival of great performances” (The Guardian)” curated by Damon Albarn and Jamie Hewlett – will make its exclusive appearance for this year at the Pico Rivera Arena in Los Angeles on 20th October, with additional dates for North America also confirmed today. (See complete tour itinerary below).

The Now Now is available as a single CD, vinyl LP or as a digital download, as well as a collector’s edition Deluxe Vinyl LP Box Set. Details including pre order information here.

Track listing for The Now Now is: