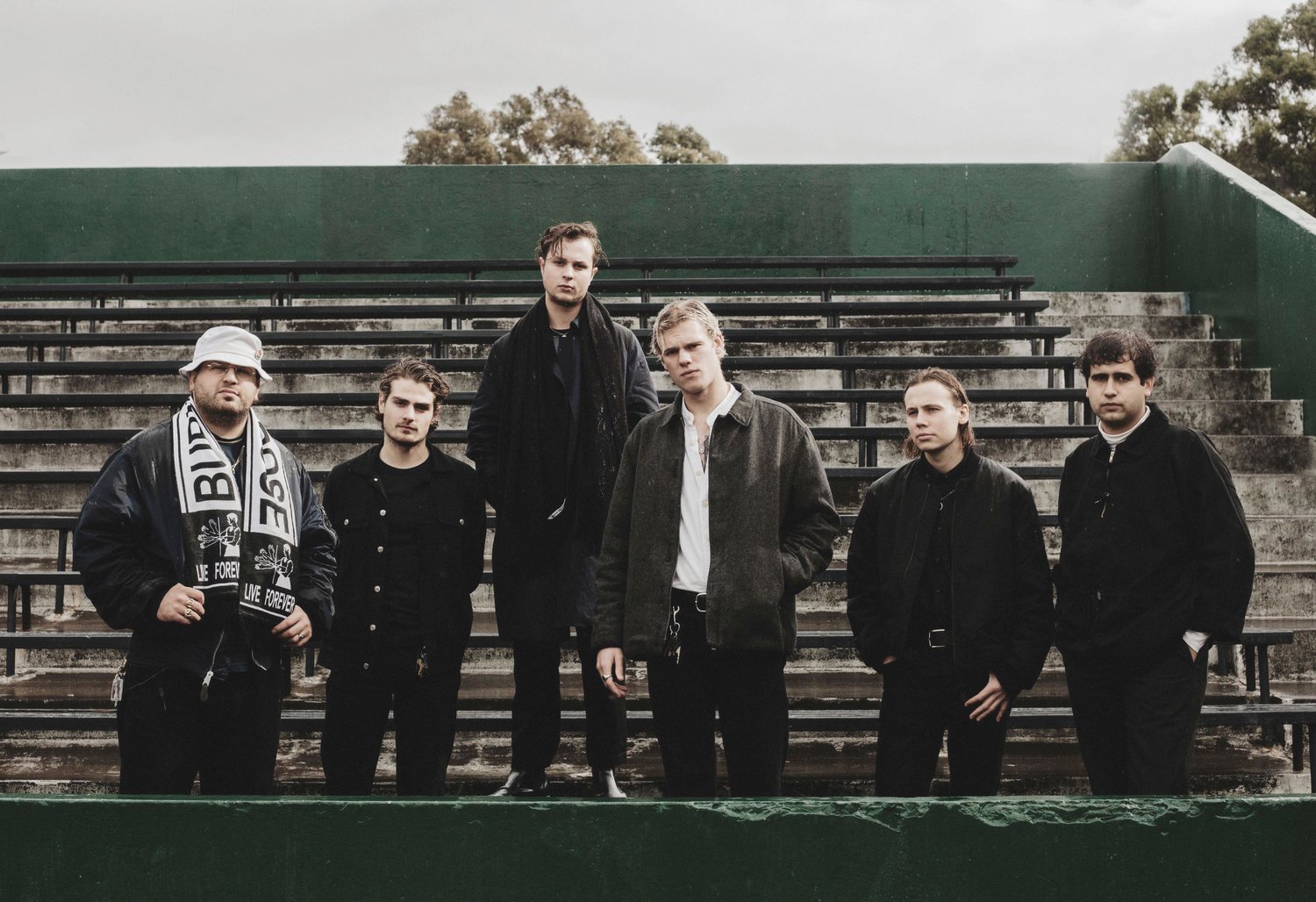 Sydney, Australia’s Death Bells are soon to be Los Angeles, California’s Death Bells. The risk-taking band are gearing up to relocate across the world next month, leaving their home country for an extended stay in the U.S. and a packed touring schedule. To mark the move, Death Bells have announced a new 7″ single Echoes b/w Move Through Me, due out June 22nd from Funeral Party Records (North America) and Burning Rose (AU/EU). The band have shared the stunning A-side, “Echoes” and its accompanying video. The track is one of the band’s most beautifully melodic songs to date, leaning towards the shimmering side of the band’s ’80s post-punk influences.

Death Bells will be kicking off their summer touring schedule with a run of shows with Miserable (King Woman’s Kristina Esfandiari), and Fearing. See full itinerary below.

Tour Dates:
08/01 San Diego, CA @ Teros Gallery
08/02 Los Angeles, CA @ Resident
08/03 San Francisco, CA @ The Parkside
08/04 Oakland, CA @ Eli’s Mile High Club
08/05 Sacramento, CA @ Blue Lamp
08/06 Chico, CA @ Duffy’s
08/07 Portland, OR @ Black Water
08/08 Vancouver, BC @ Biltmore
08/09 Seattle, WA @ Vera
08/10 Reno, NV @ Holland ProjectAll dates w/ Miserable, Fearing
Biography:
There’s something unmistakably grand about Death Bells. Many contemporary bands have incorporated sonic elements of the ‘80s into their sound, but few have managed to capture the sheer scope and allure of that era like Death Bells with their brand of searing post-punk and shimmering dream pop. Their songs are a study in contrast, effortlessly combining dark intrigue with unabashedly massive hooks — an aspect they partially attribute to the backdrop of their stunning Australian homeland. Now with the release of their upcoming single Echoes b/w Move Through Me, the band of ambitious punks will be moving from Sydney to Los Angeles, California, with their sights set across the sea, aiming to bring their music to a world as expansive as their sound.Death Bells are no strangers to diving headfirst into their musical vision. The band started in 2014 with Will Canning (vocals) and Maurice Santiago (bass), both frequenters of the Sydney punk and hardcore scene, who shared a common goal and drive for a more refined project. Rounding out their lineup with Aron Postolovic (guitar), Remy Veselis (guitar), David Gauci (keyboards), and Sam Shepherd (drums), Death Bells quickly began to make a name for themselves and along the way Canning and Santiago’s determination led to the creation of their own label, Burning Rose. When it came time for Death Bells’ first EP, Burning Rose teamed with U.S. tastemaker, Funeral Party Records, and soon the band would tour the States for the first time and start expanding the label. As Canning puts it, “It started as an avenue to legitimize the band, but after we went to the U.S. we realized what we could really do, and it snowballed into a platform for artists and musicians within the community.”

In 2017, Burning Rose and Funeral Party released Death Bells’ debut full length, Standing At The Edge of The World. The album is a kinetic collection of reverb-drenched leads and cavernous drums that provide the perfect setting for Canning’s distinctive baritone and brooding romanticism. The band continued to build on that sound, and now with their latest single, they’ve crafted perfect example of their sonic dichotomy: “Echoes,” with its stadium-ready guitars and Canning’s most infectious melodies to date; and the pulsating “Move Through Me,” a bass-driven post-punk stomp. Canning’s self-described “love songs gone wrong” search for silver linings in life’s upheavals—an unusually positive approach to melancholy music that Canning chalks up to living in Australia as well as the camaraderie within the band. “It’s such a beautiful place, it’s hard to make music that doesn’t have an element of lightheartedness,” he explains. “The darker parts of the music and lyrics are present and true, but that’s just one part of our lives. We’re generally happy people because we have this music and this band.” Thankfully for the band and listeners alike, with their move to America, an impending sophomore full length, and a nearly unending tour schedule, Death Bells show no signs of slowing their fearless musical pursuit.