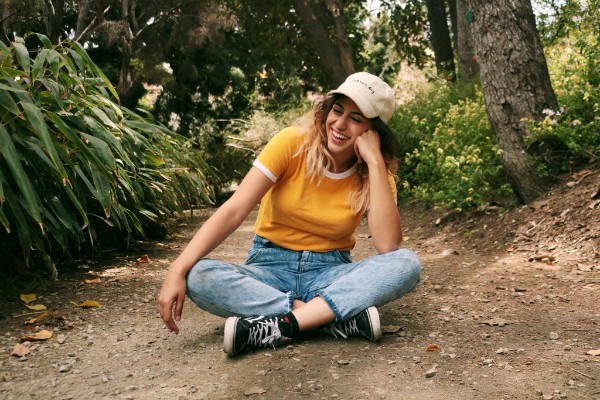 Los Angeles’ Blushh is now premiering a music video for her single “I’m Over It” via The Grey Estates. The song comes off of her new EP Thx 4 Asking, out now on Yellow K Records. The EP is now available for purchase digitally and on cassette via Yellow K Records. Blushh will also be playing her record release show at Weber Rations this Friday, 6/22, in Los Angeles, CA. Thx 4 Asking was recorded at Hotel London where it was produced by Yianni Anastos-Prastacos and Arieh Berl (who also play in Pink Skies), with bass by Josh Berl and drums by Lani Renaldo.

Watch Blushh’s video for “I’m Over It” now via The Grey Estates.

“Truthful and resounding” – The Fader

Biography:
Blushh is Shab. Shab is a self-proclaimed “hyper-creative” born and raised in Los Angeles. She got the music bug by blogging about bands in 2013, which turned into her booking local bands, which turned into booking tours for said bands, then touring with those bands, then eventually turned into her starting her own band.Shab started writing songs in 2015, and decided to start the project thanks to her friends’ encouragement the following year. She bought her first electric guitar in August 2016 and a couple months later she played her first full band show.

The live band is still a revolving lineup of friends, while the project has remained Shab’s  (first) solo foray into songwriting. It’s a little fuzzy around the edges, a little sad at first sight, but punchy melodies and bouncy hooks keep your heads bopping at the first show.

It’s Fine was released in June 2016. The second, Thx 4 Asking will be out June 15th on Yellow K Records.