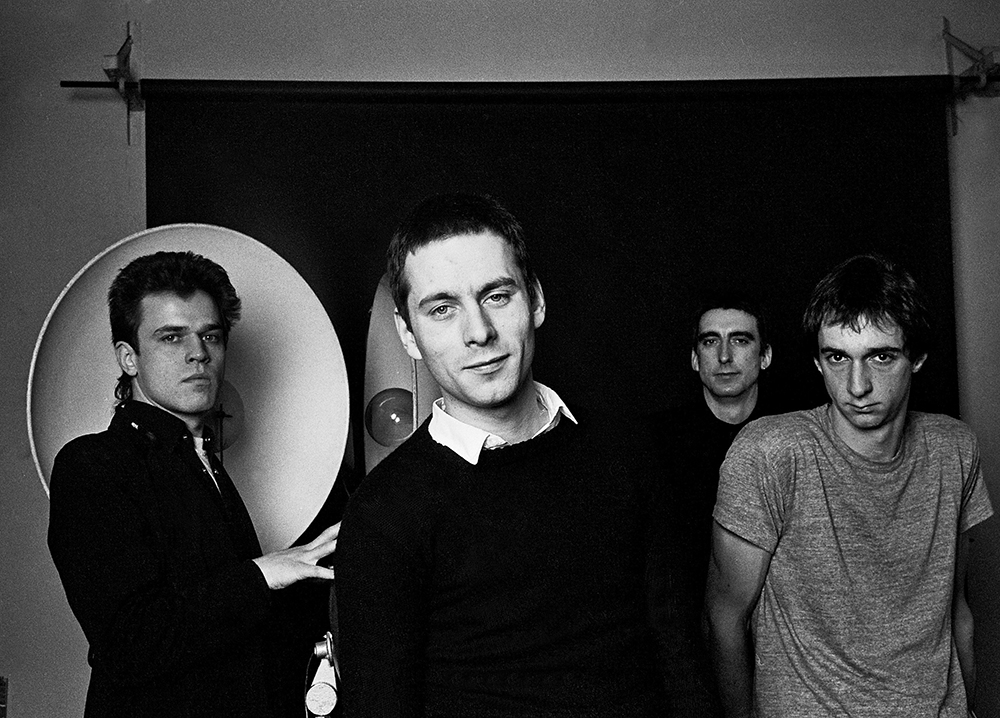 Following the news that WIRE will reissue their hugely influential first three albums, ‘Pink Flag’ (1977), ‘Chairs Missing’ (1978) and ‘154’ (1979), the band have shared a previously unreleased demo version of the track “French Film Blurred”, which will feature on the Special Edition CD book (out May 18th).

There were 26 demo recordings made towards ‘Chairs Missing’ – an album with 15 tracks. “French Film Blurred”existed in one version, recorded with a set of demos in December 1977 and then got re-written by April 1978 when the next set of demos was recorded.

“I liked the text so I gave it a new, more thoughtful, slightly off kilter, tune” Colin Newman explains. “There was a palpable sense of progress. It was as if the new material, as it increased in volume & ambition, was literally pushing anything that sounded backwards looking (and by April 1978 that meant anything that sounded like it belonged on “Pink Flag”) out the door. Thus the story of version 1 of “French Film Blurred” carries a strong element of the story of Wire. Progress is all. There’s nothing wrong with the tune. It’s a perfectly acceptable piece of music that does sound like a development from the material on “Pink Flag” and is in it’s own way quite charming but is then utterly eclipsed, in terms of style & sophistication, by the version that eventually turned up on ‘Chairs Missing.’”

‘Pink Flag’ (1977), ‘Chairs Missing’ (1978) and ‘154’ (1979) need no introduction. They are the three classic albums on which Wire’s reputation is based. Moreover, they are the recordings that minted the post-punk form. This was adopted by other bands, but Wire were there first and are cited as a major influence by acts including Henry Rollins & Black Flag, R.E.M., Hüsker Dü, Minutemen, Minor Threat and many more.

These albums have been out of production for some time, but will be made available again this spring via the band’s own Pinkflag record label. The release formats will be firstly as special edition CD books with a mountain of exclusive unreleased material and rarities on May 18th. These Special Editions will be launched with a question & answer / signing session at Rough Trade East, London on Sat 19th May (info here). They will be followed bystandard edition LP and CD formats on June 22nd. Further details on each release are listed below.

Track listings for the special edition releases can be found at http://pinkflag.com/specialeditions/.
The Special Editions will be launched with a question & answer/signing session at Rough Trade East, London on Sat 19th May (check www.roughtrade.com for more information).