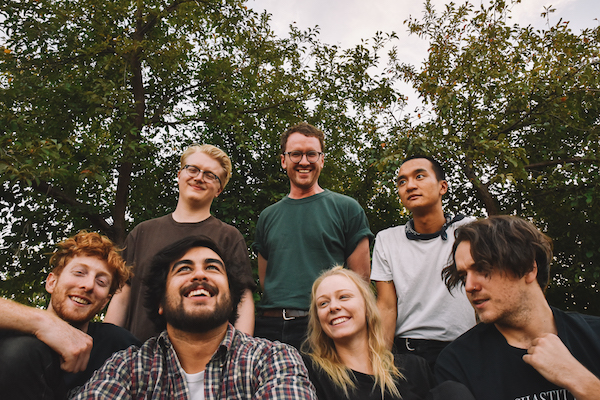 Adelaide, Australia’s West Thebarton have just released their new single “Set It Straight” streaming now on their website, as well as on Spotify, Apple Music, and across all digital platforms. The song comes off of their debut album Different Beings Being Different, which is out now, having been released May 18th on the new label from James Tidswell of Violent Soho, Domestic La La. Pre-orders for Different Beings Being Different are available now. West Thebarton have also recently released a West Thebarton have just released a music video for their single “Stuck On You,” also off of their new LP. The band will be touring throughout Australia this summer, along with festival performances at Reading & Leeds and Boardmasters in the UK. A full list of dates can be found below and tickets are available now.

Led by charismatic leader figure, gravel-voiced frontman Reverend Ray, West Thebarton have spent the past few years honing razor sharp riffs, sticking them soundly to seriously tight melodic tones, and careering into bars, bills and best of lists. No-frills. Max-vibe. Tinnies in the air. Have a big old singalong. That kind of thing.

What’s been on their dizzying dancecard recently? Well, their charging single ‘Moving Out’ (an ode to the peaks and pitfalls of sharehouse life) got a fair flogging on triple j and community radio after Rolling Stone declared it “destined to be a sure-fire hit.”. They captured hearts and minds at BIGSOUND 2016 and 2017, scoring themselves juicy management and records deals (the latter to be announced real soon; big deal). They found their rhythmic soulmate in new drummer Caitlin Thomas and have been busy committing their suburban homilies to tape.

“We want more!” the rock fans bray; and that’s comin’ their way in the form of a shithot album real soon.

In the meantime?  Hear it. Feel it. Love it. Remember it. West is best.