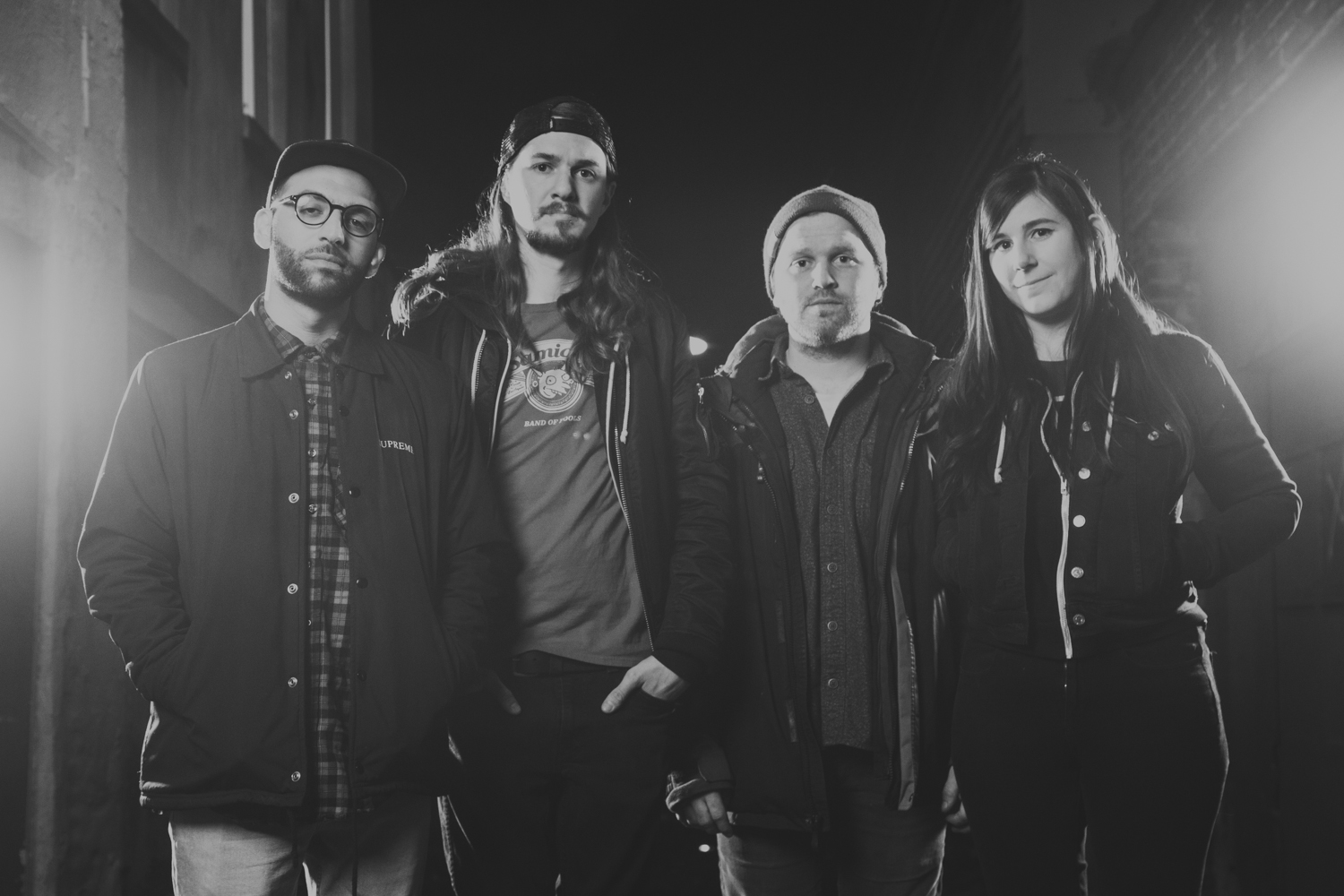 Montclair, NJ’s Tru have just announced Growing Pains, a five song EP of unexpectedly heavy power-pop that would make Rivers Cuomo jealous. Growing Pains is due out June 22nd from Sniffling Indie Kids, and today Tru have shared the EP’s opening track “The Graduate” via Substream Magazine, who called it, “blissfully crunchy and harmonic” saying, “it’s bombastic and chaotic energy bounces effortlessly off of the voracious and driving drums to create a non-stop assault meant to violently tear you from your seasonal slump and right back into the thick of things.”

For an EP that revolves around the discomfort of life’s many ups and downs, Growing Pains finds Tru sounding incredibly confident. Guitarists/vocalists Pat DeFrancisci and Keith Williams harmonize with bassist Cindy Ward over top of a wall of fuzz-drenched guitars and Steve Cerri’s unshakeable beats, creating an infectious dichotomy of melody and crunch. That heaviness extends to Tru‘s lyrics as the band explores the existential dread that inevitably comes with adulthood, disappointments, and of course, bills–universally relatable topics that they tackle with endearing specificity, honesty, and wit.

Biography:
When you’re a kid and think of growing up, often the implication is that the hurt and awkwardness of youth will eventually subside, and that it all leads to the contentment and ease of adulthood. The reality is that life is much more complicated, no matter what your age. Tru explore this somewhat misleading concept through their heartfelt, hook-filled—and aptly titled—new EP, Growing Pains.

Tru was started in the New Jersey punk scene by longtime friends Pat DeFrancisci (guitar/vocals) and Keith Williams (guitar/vocals). In 2016, the two began to form a new band, quickly finding common ground in their love of ‘90s alternative. After rounding out their line up with Cindy Ward (bass/vocals) and Steve Cerri (drums), Tru really began to take shape.

For an EP that’s centered around the discomfort of life upheaval, Growing Pains finds the band at their most sonically confident. Williams and DeFrancisci’s guitars have crunch to spare, while Ward and Cerri provide a thunderous rhythmic backbone, creating a surprising amount of heaviness underneath the timelessly catchy power-pop structures. Tracks like “The Graduate,” “Same Conversation, Different Day,” and “Growing Pains” are filled with fuzzy hooks that would make Rivers Cuomo jealous, while the towering grunge of “Loneliness” and dreamy acoustics of “Peace of Mind” bring impressive dynamism.

Tru’s greatest strength is their ability to meld their musical buoyancy with a lyrical existential uncertainty that’s deeply relatable. Throughout Growing Pains, Williams and DeFrancisci bluntly lay out the anxiety and self-doubt of trying to follow one’s passion while balancing the weight of new responsibilities, disappointments, relationships, and of course, bills. Stagnation is often the ultimate enemy in Growing Pains’ lyrics: there’s a looming fear that the only thing worse than hard change is no change at all. If their music is any indication, the members of Tru certainly don’t need to worry about monotony, and although life’s obstacles may never really end, the growing pains might not be so bad.