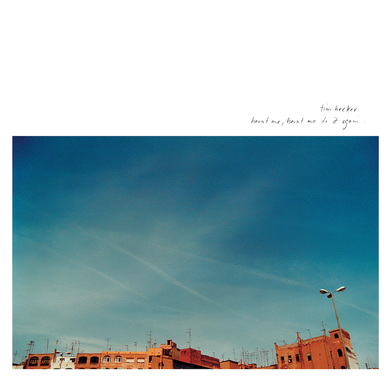 TIM HECKER RETURNS TO KRANKY, REISSUES THE FIRST TWO ALBUMS;
HAUNT ME, HAUNT ME DO IT AGAIN & RADIO AMOR

Kranky welcomes Tim Hecker back to the label with vinyl and CD versions of his 2001 debut, Haunt Me, Haunt Me Do It Again, and his landmark follow-up, Radio Amor, originally issued on legendary experimental electronic imprint Mille Plateaux. Both were freshly remastered by Matt Colton at Alchemy Mastering. Additionally, Hecker will be releasing a new full-length album with the label in the Autumn.

“Haunt Me is alien, amorphous and occasionally noisy, but always welcoming.” – PITCHFORK
“Hecker was already on a different wavelength with Haunt Me, clearly seeking something that would trigger ASMR-induced enlightenment, and he ran with it.” – STEREOGUM
press quotes for Radio Amor:
“A slow-shifting mix of steely headrush and protracted morse code dispatches from the bottom of the ocean.” – DUSTED
“Hecker at his most painterly and evocative.” – PITCHFORK
TIM HECKER 2018 LIVE DATES
31/5 @ Treibhaus, Innsbruck [AT]
1/6 @ The Place, St. Petersburg [RUS]
2/6 @ Pluton, Moscow [RUS]
9/6 @ Schauspielshaus, Zurch [CH]
2/8 @ Dekmantel, Amsterdam [NL]
Tim Hecker
Haunt Me, Haunt Me Do It Again & Radio Amor reissues
2xLP
Kranky