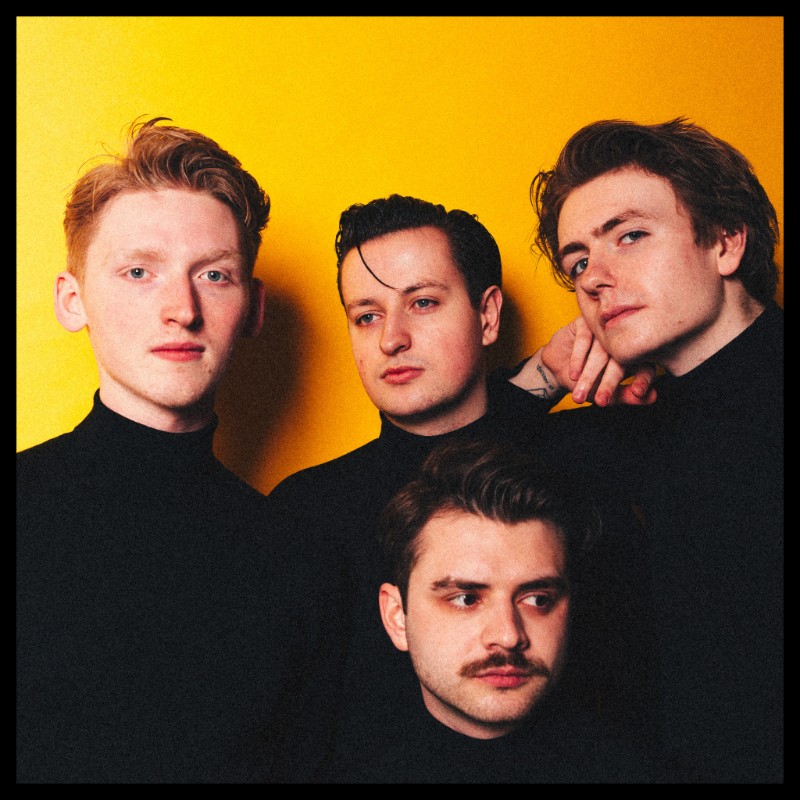 Newcastle’s The Old Pink House have been causing a stir locally and beyond over the past 18 months with a string of 80s inflected cosmic-pop singles.  New track ‘JADED’ is the second cut from their forthcoming debut EP, and continues the quartet’s neon march into the national scene’s collective consciousness.

Of this latest release, frontman Christopher Brown explains “Jaded is about how things we go through wear us down. I’m naturally a pessimistic person and the lyrics are shot through with that sense of cynicism, but at the same time I’m always trying to peel away at it as it traps us in a vicious cycle where we become more and more numb to everything around us. With the way everything in the world is going now, it’s the last thing anyone needs.”

Supported by Huw Stephens and Phil Taggart at BBC Radio 1, and making appearances at some of the UK’s premier tastemaker festivals in Live At Leeds, Neighbourhood and Meet the North, as well as support slots with the likes of Manic Street Preachers, Anteros and The Amazons, The Old Pink House are breaking beyond the boundaries of their North East nest.

Following a sell-out at last October’s headline show at Think Tank in Newcastle, they’ve announced an even bigger show at rite-of-passage venue The Cluny this August. As well as this there are upcoming slots at their hometown’s Hit the North festival and the renowned Live atLeeds festival. One of the North Easts most acclaimed live acts are certainly keeping busy.

JADED was produced by The Old Pink House and Chris McManus, and mastered by Robin Schmidt at 24-96 Mastering, and is available to stream and download now.