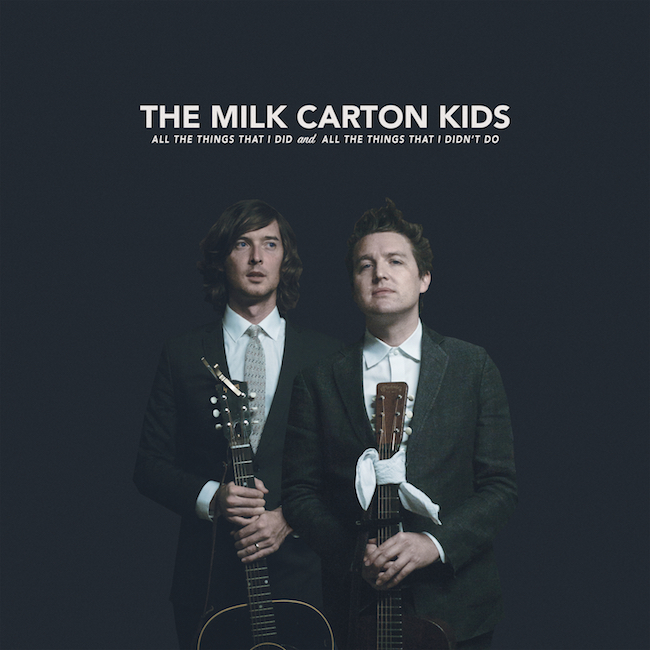 The Milk Carton Kids underwent a number of dramatic changes in the time since their last recorded outing, 2015’s acclaimed MONTEREY. Ryan is now the father of two children and works as a producer on Live From Here with Chris Thile. National politics have left him feeling disoriented and mournful. Pattengale’s relationship of 7 years ended, he is now producing records in Nashville, and he survived cancer – breaking a long cigarette habit in the process. Perhaps, as a result, ALL THE THINGS THAT I DID AND ALL THE THINGS THAT I DIDN’T DO is the band’s most profoundly personal thus far, the evocative full band sound providing a mournful, disorienting foil for lyrical themes of mortality, loss, heartbreak and national decline.