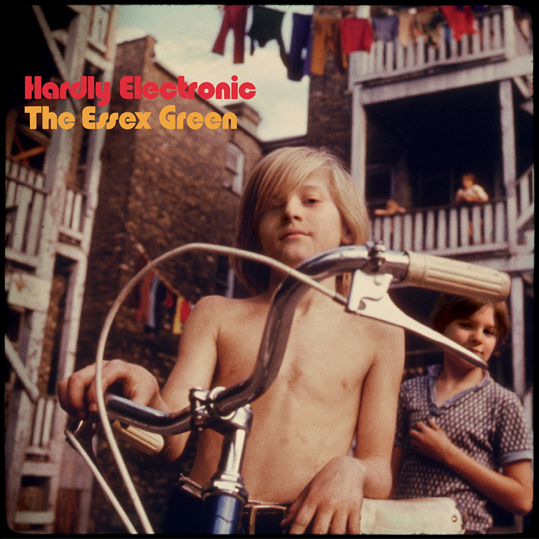 Earlier this week premiering on Brooklyn Vegan, “The 710” is the second single from The Essex Green’s Hardly Electronic out June 29 on Merge Records.

The single features lead vocals from band member Sasha Bell, who says the song “describes innocently stumbling into an internecine web of secrecy and betrayal, a web begun generations ago…”  The band’s video collaborator Michael Barrett created a visual for the song, cut up from nostalgic stock footage (and some of the band for good measure).

Formed in Brooklyn in 1998, The Essex Green (Sasha Bell, Jeff Baron, and Christopher Ziter) released four albums between 1999 and 2006. They became one of the few bands from the Northeast to be associated with the groundbreaking Elephant 6 Collective. Their unique blend of harmony-infused pop music culminated in the 2006 release of Cannibal Sea.

IN THE CARDS unveil new single ‘The Only Thing’