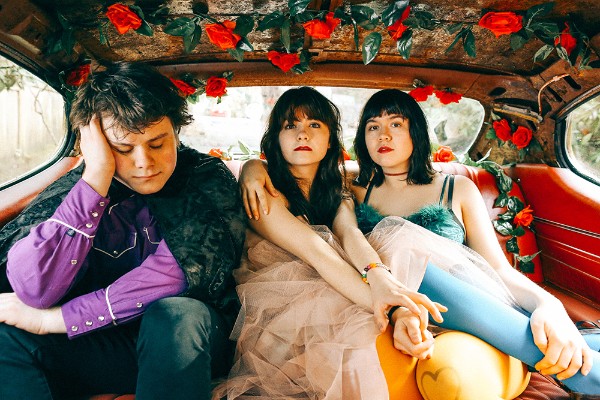 With their new album ‘The Make It All Show’ set for release this Friday May 11th (May 4th in North America) via El Camino Media, Skating Polly have announced a September European tour.

Along with the dates, they’ve dropped yet another dose of their self-proclaimed “ugly pop” from ‘The Make It All Show’ with accompanying visuals. “Little Girl Blue and the Battle Envy” belies its saccharine start, building to an explosive, cathartic crescendo.

“On the surface it’s about a soldier who would rather live with the shame of leaving her post or even a life sentence, than deal with all the pressure and commands that come with the “glory”” explains Kelli Mayo. “I guess on a more personal level it came from a place of feeling like no one was letting me make choices for myself and I was just being yanked into a billion different directions based on what they thought I should be.”