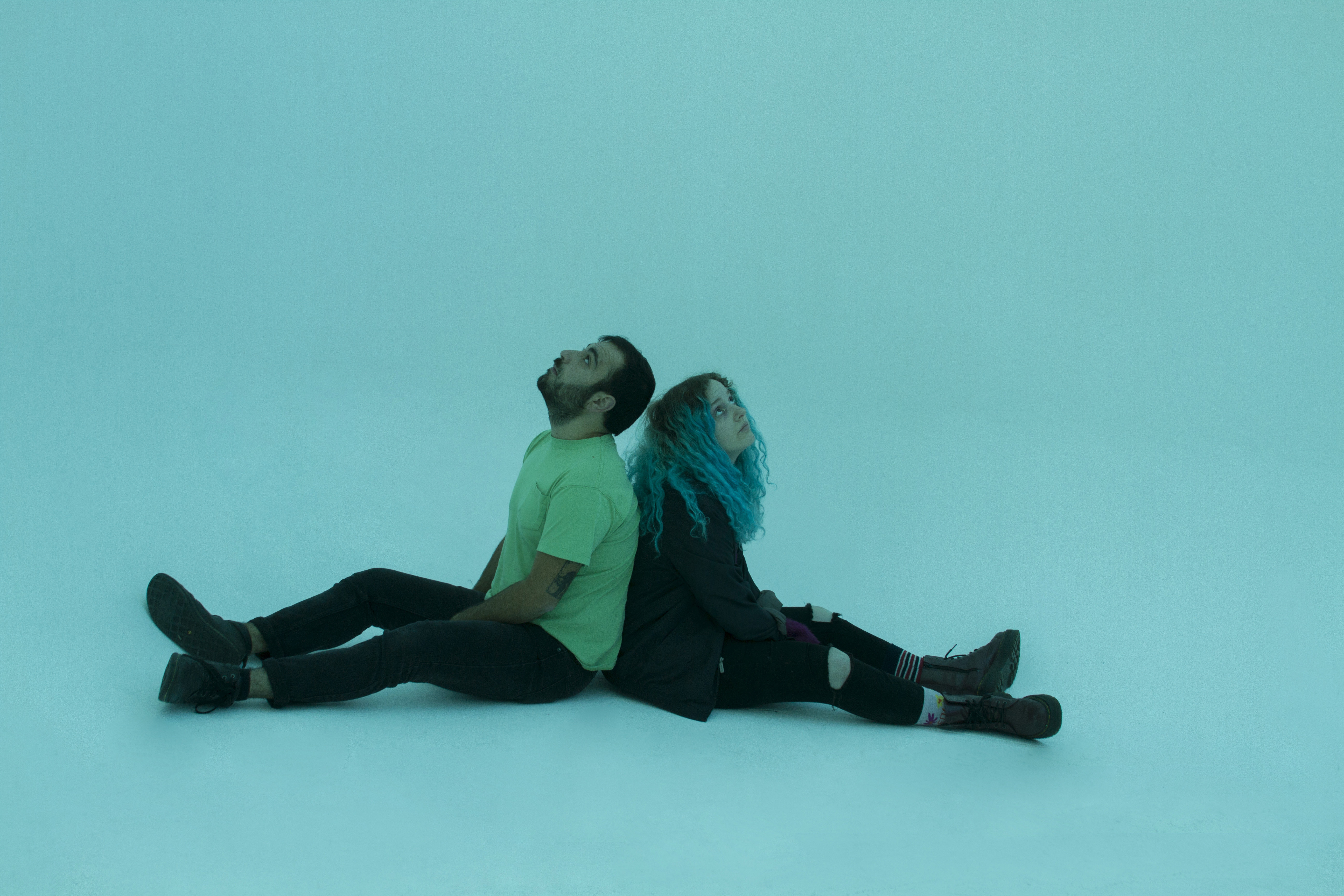 Nashville, TN’s “pop sludge” duo, Sad Baxter, have announced their new six song EP, So Happy, due out July 20th from Cold Lunch Recordings. To celebrate, the band has teamed with Nashville Scene to premiere the EP’s opening track “Love Yew” and its accompanying video. Nashville Scene praised the new track as “excellent news for fans of crunchy, hook-y, grunge-inflected rock” as well as the band’s ability to effortlessly combine heavy subject matter with “a refrain that’s hard not to shout along with.”

Made up of Deezy Violet (guitar/vocals) and Alex Mojaverian, Sad Baxter provide a fresh take on the kind of fuzzed-out power pop that would have felt right at home in the mid ’90s. So Happy follows the band’s Baby single, which garnered attention from the likes of NPR and Stereogum. The EP’s somewhat sarcastic title may be tongue-in-cheek, but it’s telling of the band’s approach: these tracks are undeniably infectious, but also pack a weighty emotional punch. Written during a time of life upheaval, Violet purposely imbued the songs with a more confrontational edge; a desire to be more direct with the positive and negative figures in her life. Several songs candidly address the collapse of a toxic relationship, while “Love Yew” is an unabashedly show of appreciation for newfound happiness and stability in the aftermath. It’s in this balance of sonic buoyancy and lyrical poignancy that really defines Sad Baxter–who’d have thought self-described “pop sludge” would have so much heart?

Biography:
Sad Baxter’s new EP, So Happy, is a collection of sonic contradictions. The duo of Deezy Violet (guitar/vocals) and Alex Mojaverian (drums/vocals) thrive in the space where seemingly at-odds elements converge—sludgy fuzzed-out guitars blended with pop structures, gritty vocals that propel sugary melodies, and some of the most buoyant rock songs this side of the ‘90s containing some truly heartrending words. If confrontation breeds catharsis, Sad Baxter are soon to be listeners’ new favorite form of release.

The band’s origins have an unassuming Cameron Crow-esque charm: Deezy and Alex met in college while living down the hall from one another. They’d go on to date, start a band, break up, eventually end up in the same town, and, after some initial nerves, continue the band with the kind of bond that only two truly close friends share. After settling in Nashville, Tennessee, the two continued to hone their songs with their first release, Weirdy, in 2016.

Now with So Happy, Sad Baxter don’t just achieve a perfect amalgam of noise and pop that’s reminiscent of the ‘90s, they also refine it. The EP was recorded over three days with engineer Steven Page on an eight-track reel-to-reel setup, giving it a raw and lean sound. The resulting spontaneity elevates each song into distorted euphoria while bolstering Deezy’s voice, which packs the rare ability to be effortlessly tuneful and gravelly at the same time.

The lyrics on So Happy take a purposefully more confrontational approach. Whereas Weirdy revolved around secretive thoughts and feelings, So Happy finds Deezy more directly addressing the positive and negative figures in her life, as well as herself. Songs like “Baby” and “Sick-Outt” document the collapse of a toxic relationship and grapple with the desperation of needing to split from that corrosive and controlling presence, while “Love Yew” is an open-hearted appreciation for newfound honesty and happiness with someone else. As its sardonic title implies, So Happy also maintains a touch of wit even in its darkest moments, a trait that’s as much part of the band’s identity as the emotional core of their songs. Sad Baxter have tapped into the often overlooked soul that made their ‘90s forebears so powerful, and in doing so they’ve created something that pays tribute while transcending nostalgia.