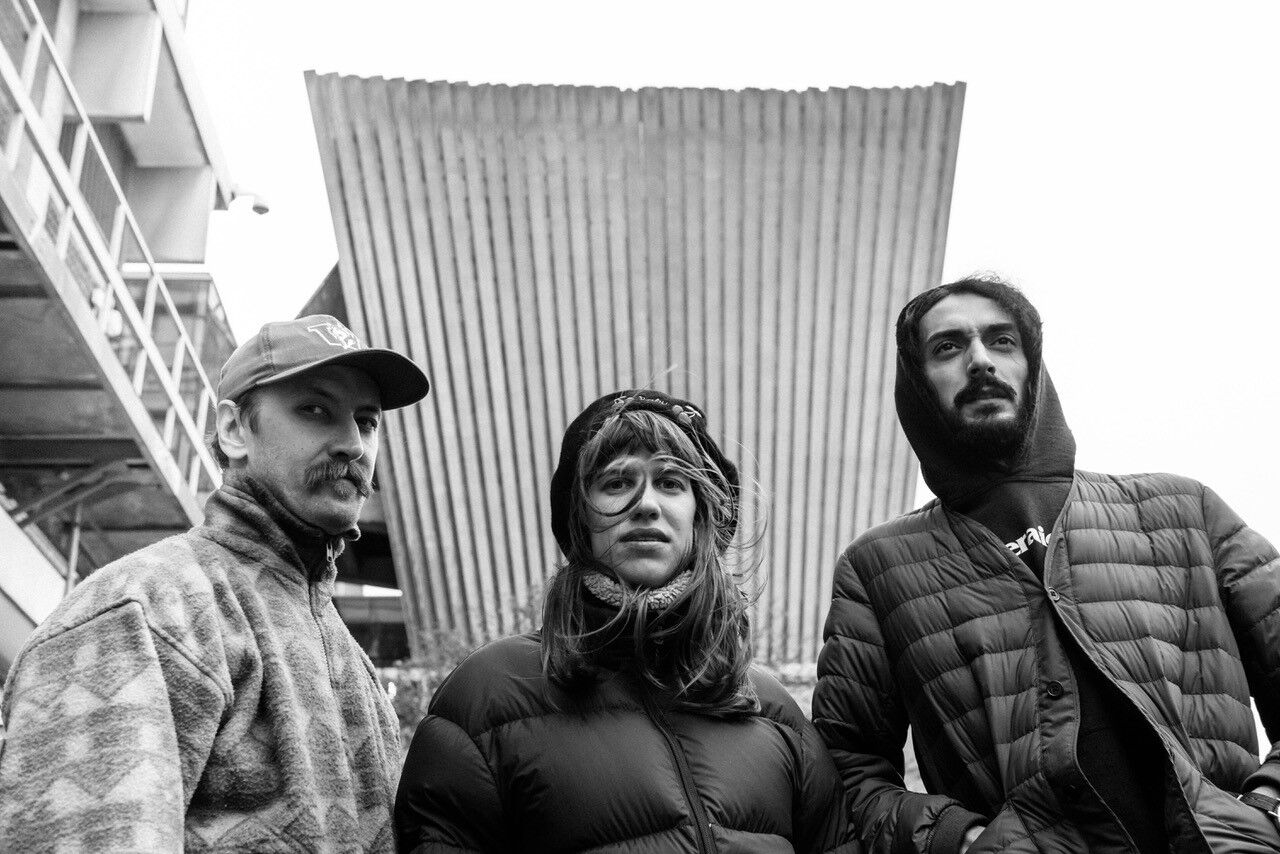 PINKSHINYULTRABLAST
ALBUM ‘MISERABLE MIRACLES’
RELEASED ON CLUB AC30 MAY 4TH
WATCH ‘DANCE AM’ HERE
Pinkshinyultrablast, Russia’s finest export, have announced their third album ‘Miserable Miracles’, out May 4th digitally and on vinyl through premiere shoegaze ambassadors Club AC30 (UK) and Shelflife (USA).  The band have also announced an extensive UK tour to coincide this and the 10 year anniversary of their very first show.
With vocalist Lyubov recently moving to LA, the band have been exploring new ways of composing and collaborating. Partnered with a line-up refinement, the new material sees Pinkshinyultrablast go down a more electronic path while experimenting with new sounds and genres (including inspiration from Japanese pop such as Chiemi Manabe and Yellow Magic Orchestra).
Originally hailing from a city more synonymous with the State Conservatory than a gang of shoegaze addicts, the band have nevertheless seen great critical and commercial success since their debut album ‘Everything Else Matters’ and follow-up ‘Grandfeathered’. They’ve been compared to bands such as Lush but this is no mere throwback tribute – due to their sharp, icy electronics and ability to subvert the genre, bringing something new to the table. They possess not only the spirit of late 80s/early 90s British bands like Cocteau Twins, but also machine-made sounds of the same era from Sabres Of Paradise or Global Communication, not to mention wider vibrations like Cluster, Popul Vuh, Terry Riley and Philip Glass.
In February 2008 Pinkshinyultrablast played their first ever show at the Money Honey Club in Saint Petersburg and after spending the following years crafting their sound they were finally able to bring their unique project to the UK supporting Moon Duo at Village Underground and performing a session with Lauren Lavern at BBC6 Music.
On ‘Miserable Miracles’ Lyubov’s delicate vocals soar effortlessly above haunting ambience and ethereal embellishments complimented by driving motoric beats. Singles ‘In The Hanging Gardens’ and ‘Find Your Saint’ perfectly showcase the band’s new, more electronic direction while retaining their signature quirkiness with layers of experimentation.
Elsewhere on the likes of ‘Dance AM’ and ‘Triangles’ retrocentric 80’s production highlights newer synth-pop influences whereas tracks such as ‘Blue Hour’ and ‘Earth and Elsewhere’ are blissful synth-wave soundtracks which give the otherwise upbeat album space to breathe. Together the third album from the innovative trio is one that flows effortlessly as a continuous piece of work and reveals that even within a genre so widely explored, there’s still room for modernization amongst those willing to push boundaries.
Pinkshinyultrablast are Lyubov – vocals, Rustam – synths and electronics and Roman – guitars.
PINKSHINYULTRABLAST – TOUR DATES
Wednesday 2nd May – Broadcast GLASGOW w/ The Cherry Wave
Thursday 3rd May – The Cluny NEWCASTLE w/ Dose
Friday 4th May – Band on the Wall MANCHESTER w/ Warm Digits & Art School Girlfriend
Saturday 5th May – Castle and Falcon BIRMINGHAM w/ TVAM & Nonsuch
Tuesday 8th May – Thekla BRISTOL w/ TVAM & Insomnichord
Thursday 10th May – Tufnell Park Dome LONDON w/ TVAM & Jupiter C
Friday 11th May – Sticky Mike’s Frog Bar BRIGHTON w/ Libra Libra
Saturday 12th May – The Shipping Forecast LIVERPOOL w/ Warm Digits
Sunday 13th May – Brudenell Social Club LEEDS w/ Warm Digits & Colour Of Spring
Further dates to be announced soon