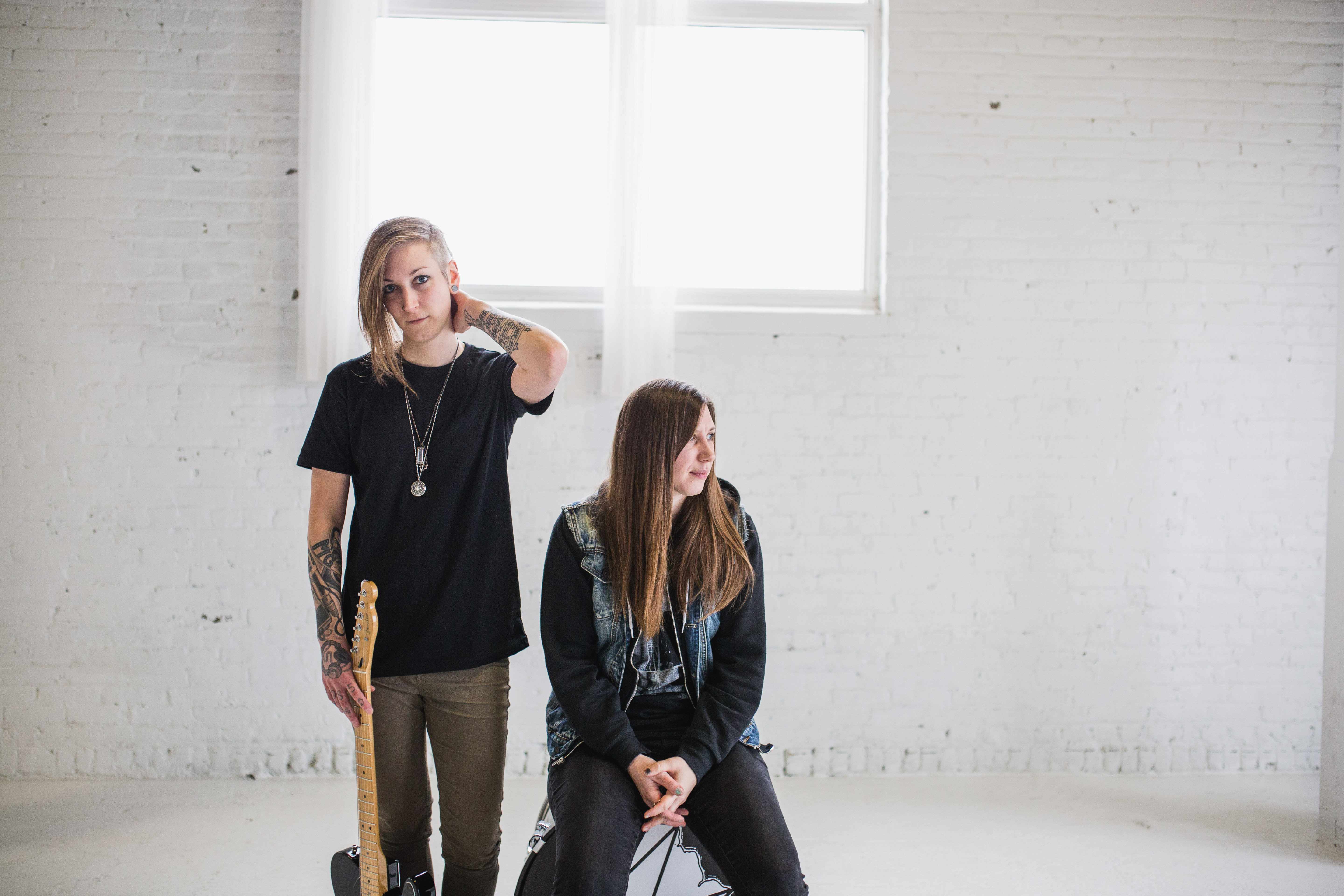 Fade Away 7″ Flexi Single Out Now
on New Damage Records

Winnipeg two-piece punk powerhouse, Mobina Galore, have teamed with BrooklynVegan to premiere their brand new single “Fade Away” and its accompanying video. Available on a limited 7″ flexi from New Damage Records, the track is an aggressive-but-tuneful blast that blends ’90s grunge crunch with punk energy. BrooklynVegan called the track “Distillers-y, melodic-yet-aggressive” while also praising the band’s progressing dynamics, saying “its gloomier tone is matched by its powerful, sad lyrics…It’s impactful stuff.”

Last year Mobina Galore released their sophomore full length, Feeling Disconnected, and toured non-stop across North America and Europe. The band toured with the likes of Against Me!, Milk Teeth, and more, and performed at major festivals like Groezrock and Punk Rock Bowling. Not ones to slow down, Mobina Galore have just announced another run of North American tour dates with Typsetter along with several more shows supporting the legendary Propagandhi (see full itinerary below).

Biography:
Mobina Galore have always had a hunch that they don’t quite fit in, but if their new full length, Feeling Disconnected, is any indication,  that might not be a bad thing. The duo made up of guitarist/vocalist Jenna Preistner, and drummer Marcia Hanson have weaponized that outsider attitude into a collection of explosive punk songs that demand attention on the band’s own terms.

The songs on Feeling Disconnected are informed by a sense of detachment, but Mobina Galore isn’t defeated by it, they’re fueled by it. The band have often found themselves disconnected in a literal sense, whether kept apart from friends and family due to intense touring, or from the rest of the continent, living in their often overlooked hometown of Winnipeg, Canada. However, the pitfalls of physical isolation are only one part of Feeling Disconnected’s inspiration.

Existing in a genre so often dominated by men has provided plenty of fuel for Mobina Galore’s fire. Since the band’s inception in 2010, they’ve faced everything from the obnoxious—comments like, “you’re actually really good” and condescending venue employees—to the much more insidious challenges of music industry glass ceilings. The ever-present hurtles of sexism in music circles have only motivated the band to play harder and continue to do what they do best; write great punk rock that speaks for itself. This approach has not gone unnoticed.

For an album rooted lyrically in anxiety and detachment, the sound of Feeling Disconnected is incredibly self-assured. Stripped down and raw, Mobina Galore only needs guitar and drums to make themselves heard loud and clear. With musical touchstones that fall somewhere between the grunge pioneers of the early ‘90s and the heyday of West Coast punk, Mobina Galore perfectly balance melody and aggression.

Mobina Galore have written an album about isolation but the release of Feeling Disconnected finds them poised to engage with more listeners than ever. Mobina Galore don’t need to belong, they’re too busy creating their own path, one where all outsiders are welcome.