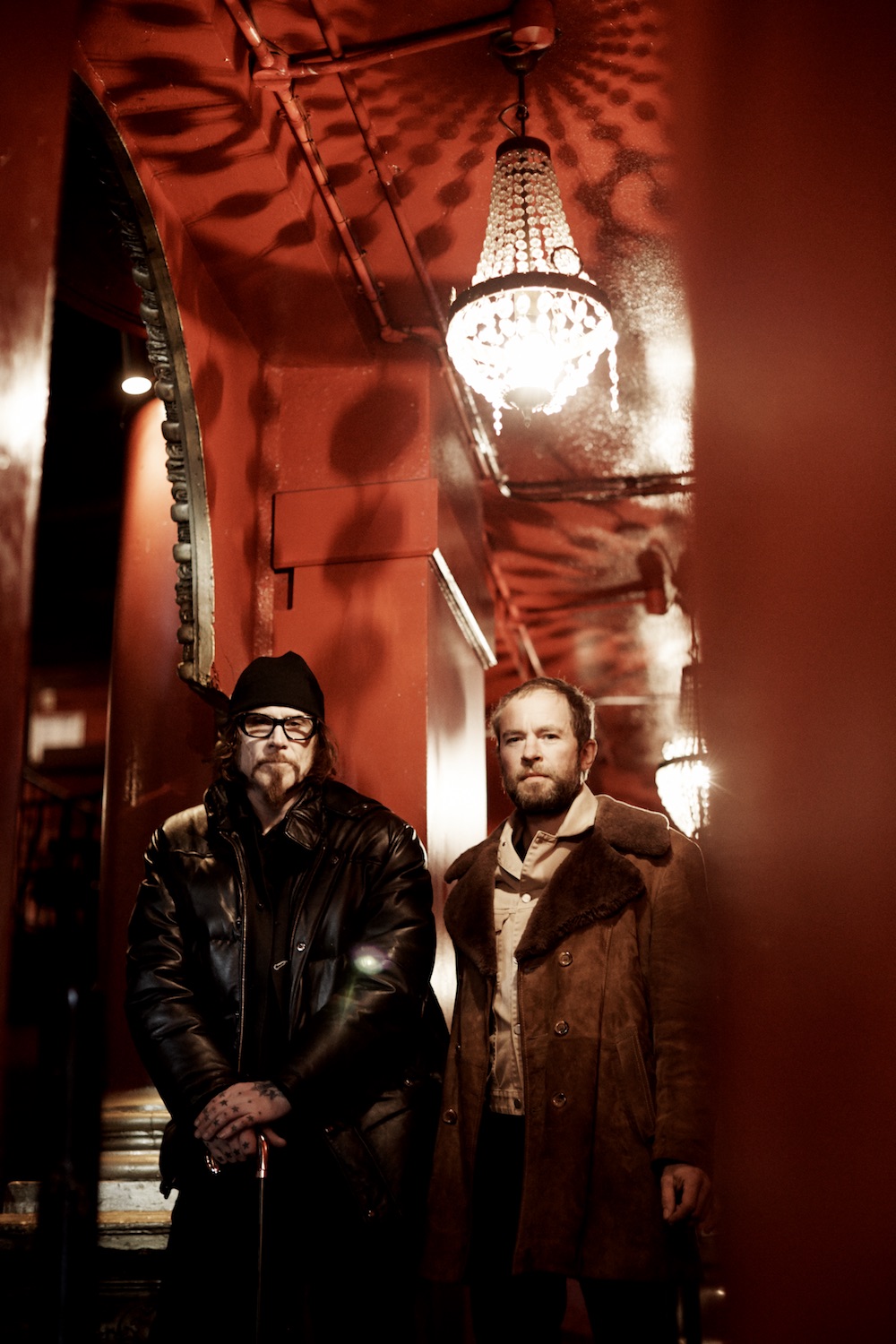 Over the last decade, Lanegan and Garwood have worked in tangent on 2013’s Black Pudding as well as on Lanegan’s solo records (Garwood contributed to 2012’s Blues Funeral and 2017’s Gargoyle after which he toured as part of Lanegan’s band). Writing and recording was split between studio collaboration and sharing music between Garwood’s home in London and Lanegan’s in Los Angeles. Elsewhere, technology helped make the duo’s transatlantic working relationships relatively easy.

“Over the years, we’ve recorded together and apart. This time, I started this record alone, with many animals as company,” says Garwood. “It flowed, I set to work and out it came. Our music is instinct, there is not much talking about it, just creating. I think that if you are at peace with your work, and feeling it right, it flows, and can feel ‘easy’. Music isn’t meant to be hard. Though sometimes it can burn you to ashes. Making music for a singer, so they can inhabit it with a song means hitting the right soul buttons. There is no hit without a miss. It is a healing record, for us the makers, and for the listeners. It grows natural. We are gardeners of sonic feelings.”

While Black Pudding put Garwood’s mercurial guitar centre stage, With Animals is constructed from a different set of tools. Analogue and dust flecked, it sounds like Lanegan and Garwood have been holed up in a ’60s recording studio while the apocalypse rages outside. Tracks sit on loops that sounds like they’re straight out of There’s A Riot Goin’ On while sparse melodies nod in the direction of British electronic producers like Burial or Boards of Canada. Which is not to say it sounds like any of those things – this is a weird world all of their own design.