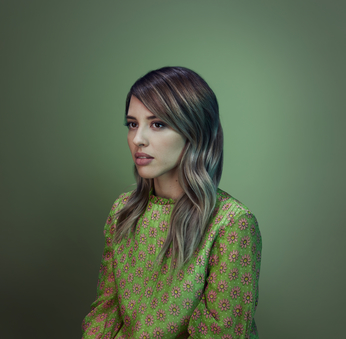 Lucy Mason
Covers Radiohead’s ‘High & Dry’, out now
Announces debut album
“Haunting vocals and clear, brilliantly-produced pop” – The Independent
“Lucy Mason is making a strong statement in becoming a credible pop artist.” – The Metro
“The EP consists of five songs showcasing her honest and beautiful lyrics with her elegantly polished vocals. Now she has released the equally enchanting short film” – Wonderland
“Honeyed riffs and nuanced ’80s pop touches, with gorgeous, vintage keys underpinning every move Mason makes” – The Line Of Best Fit
Following her critically acclaimed 2017 EP, dream-pop soloist Lucy Mason has returned with ‘High & Dry’, her enchanting new cover of theRadiohead classic. On this new track Lucy strips back much of the instrumentation to draw attention to her versatile, dulcet vocal tone and guitar strums are replaced with beautifully delicate piano leaving space for her famously emotive expression.
There’s a reason this version sounds so personal, it was a track that in many ways changed Lucy’s life, she tells us; “The moment I heard this song, was the moment I really fell in love with music. It was the first time I actually felt sad when listening to a song and there was something so addicting and comforting about experiencing that kind of emotion when listening to music and that’s what hooked me.”
‘High & Dry’ also marks the announcement of Lucy Mason’s debut album, due out in two parts over the course of the year with ‘Side A’ releasing on July 27th. The record is an extension to this exploration of her past.
“I spent a lot of last year thinking about when I was growing up and I found myself as what I can only describe as falling in love with old memories & stories that I’d forgotten all about. When so much had changed, I couldn’t help remember what everything was like ‘before’ and when I started looking back, I couldn’t stop. I really hope these songs take you back in time, whether it’s back to old memories with best friends or back to your first heartbreak or cigarette. All these kinds of stories are tangled up in us somewhere no matter who we are or where we’ve come from & somehow in making these songs, they satisfied my feelings of nostalgia and made me happy but still somehow, remarkably sad. I called it Flashback Romance, as that’s exactly what writing this album was for me.
I dedicate this entire album to my friends – To those I met at high school in England, to the friends I do life with now and most importantly, to the friends I’ve lost.”
The release follows a storming 2017 which saw Lucy Mason not only achieve what many others can only dream but also overcome her own personal obstacles. The beginning of the year saw the release of hit single ‘Hunger’ followed by her debut EP, she performed at Buckingham Palace as well as for HRH Prince Harry and she travelled the world, including her trip to New York to shoot her last video.
Her earnest lyrics, unique style and captivating voice have already seen her receive critical acclaim from the likes of The Independent, The Metro, Wonderland, The 405 and more.
Photo credit: Jon Cottam
For music, news and tour details
Facebook
Twitter