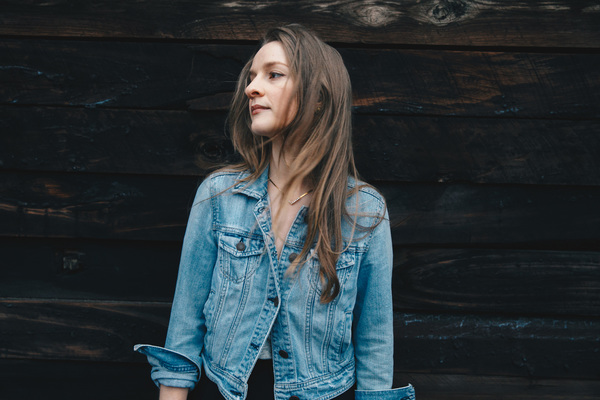 “The lean-limbed arrangements and exquisite, restrained beauty of her songs recall Julie Byrne, The Weather Station and Joni Mitchell.” Uncut 8/10

“Like the minimalist and monotone hypnosis of early Spoon and Cat Power, the song moves at a dramatic pace without breaking its stride; fixated on a destination, but with an end unknown to the listener.” NPR

Juliana Daugherty gives us another peek into her debut album Light (due out on 1 June via Western Vinyl) with “Baby Teeth“, which was premiered by Brooklyn Vegan. Daugherty explains “Baby Teeth” is, “essentially a breakup song, only all the intense, post-relationship feelings are subdued by many, many years of distance and perspective… with a sonically bright and shimmery musical landscape — it’s a little like getting the final word in”.

It’s hard to imagine that Daugherty’s softness and subtlety could materialize amid the tumult of current-day Charlottesville, Virginia, but every mode of being continues there, as it does elsewhere, despite the impressions headlines might give. Political outrage seems to inhabit every mental space in modernity implying that the most important problems are the most visible. Societal ills being what they are, private struggles still exist – Light gives them palatable, manageable, and satisfying form.

Initially walking in the footsteps of her trumpeter and violist father and mother, Daugherty grew up playing multiple instruments, even attending a conservatory before stepping away from classical music entirely.

She went on to acquire an MFA in poetry – a fact not lost on Light. In many ways, poetry seems to be another musical instrument on the record, deepening the mood instead of merely floating atop it.

Light was captured in the Virginia countryside by producer Colin Killalea who is known for his work with Albert Hammond Jr and Natalie Prass.