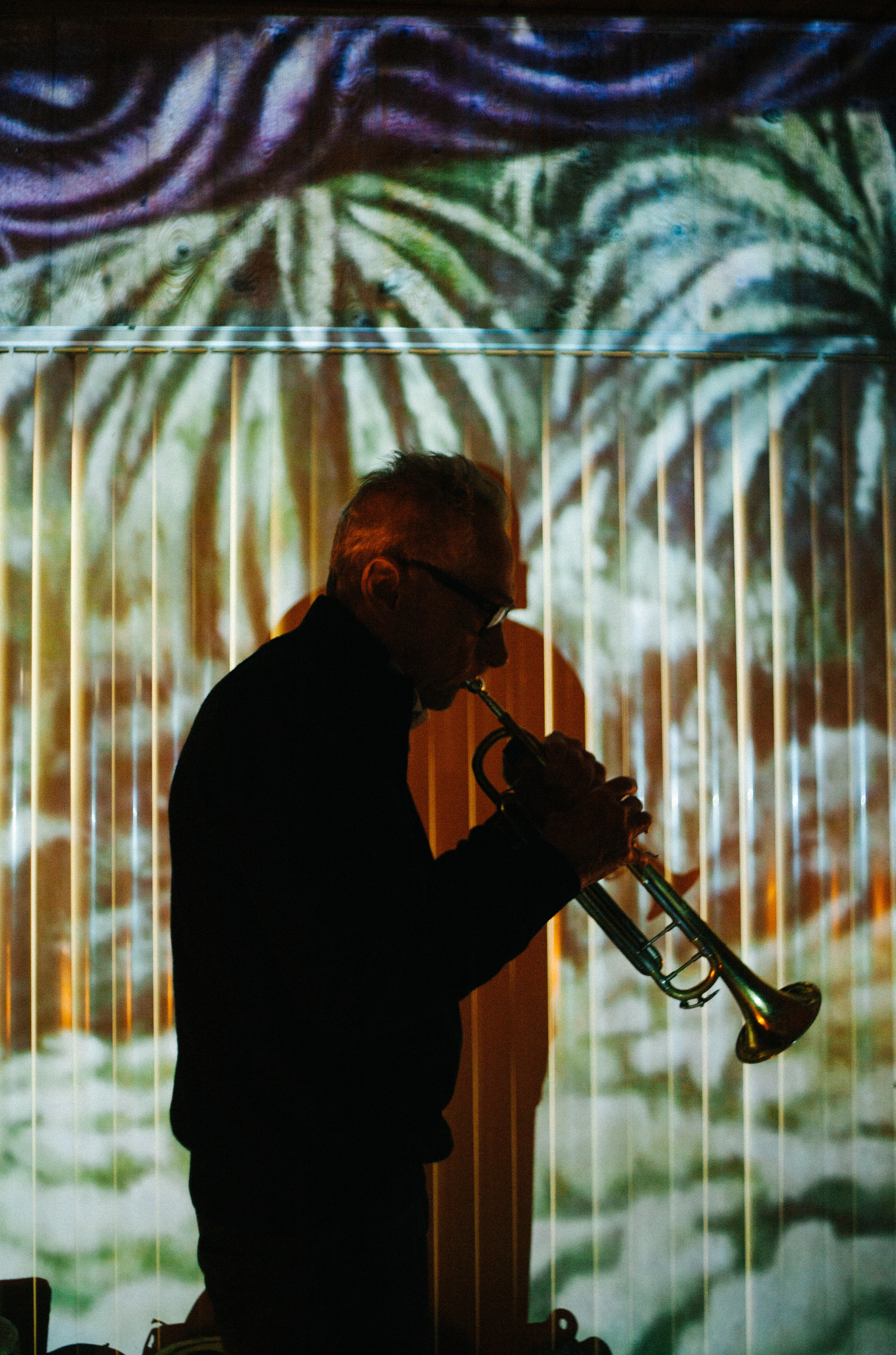 Jon Hassell
‘Listening To Pictures (Pentimento Volume One)’
Ndeya
8th June 2018
Listening To Pictures (Pentimento Volume One)’ is the first new album in nine years by Jon Hassell, a hugely influential figure in modern electronic music and creator of the ‘Fourth World’ aesthetic.
Having collaborated with the likes of Brian Eno, Talking Heads, Björk, Moritz Von Oswald and Carl Craig, in recent years Hassell’s own lineage of seminal solo albums has been cited by a contemporary wave of producers and labels, whether being championed in the DJ sets of Maximillion Dunbar, inspiring the future R&B sound of Lafawndah, or providing a jumping off point for the carefully curated releases from labels RVNG Intl, Palto Flats and Music From Memory.
The release of this new album also sees the launch of Jon’s own label, Ndeya (pronounced “in-day-ya”), which will be a home for new work, as well as well as selected archival releases, including re-presses of classic sides and some astonishing unreleased music.
About Jon Hassell:
A trumpet player, composer and musical conceptualist, Jon Hassell’s career bisects a multitude of strands in the history of the avant-garde and the development of genuinely new forms of music.
Having studied under Karl-Heinz Stockhausen in Cologne (alongside future members of the band Can), he played on the original recording of Terry Riley’s ‘In C’ (1968), was part of La Monte Young’s Theatre Of Eternal Music and studied Kiranic singing with Pandit Pran Nath, all of which informed his own instrumental technique and treatment of the trumpet with various electronic effects.
A growing interest in the indigenous music of other cultures led to the invention of his ‘Fourth World’ blend of different styles, first heard on albums such as ‘Vernal Equinox’ and ‘Earthquake Island’ in the late-1970s. These caught the ear of Brian Eno, who collaborated with Hassell on the ‘Possible Musics’ album, and used many of the Fourth World ideas on his ‘My Life In The Bush Of Ghosts’ album, with David Byrne.
Hassell has played on albums by artists including Talking Heads (the seminal ‘Remain In Light’), Peter Gabriel, David Sylvian and Björk, composed film soundtracks and contributed to theatre works.
In the past few years he has been acknowledged as a key influence on a new wave of artists including Oneohtrix Point Never, Huerco S and Visible Cloaks. In 2017 his music was celebrated with a compilation album on Optimo Music, ‘Miracle Steps: Music From The Fourth World 1983 – 2017’.
Jon Hassell on ‘Listening To Pictures (Pentimento Volume One)’
pen·ti·men·to / noun
Reappearance in a painting of earlier images, forms, or strokes that have been changed and used as elements in a final composition.
So I started seeing (or was that hearing?) the music we were working on in the studio in terms of that definition. Seeing it in terms of a painting with layers and touch-ups and start-overs with new layers that get erased in places that let the underlying pattern come to the top and be seen (or heard).
This is what metaphors do – they let you see (hear) things through the prism of another art or through the walls next door.
Note that ‘the Arts’ are often spoken of in this collective way that tends to make them all the same – obscuring the fact that there’s only one of ‘the arts’ that comes exclusively through the ears.
Most of the world is listening to music in terms of forward flow – based on where the music is “going” and “what comes NEXT.“ But there’s another angle: Vertical listening is about listening to “what’s happening NOW” – letting your inner ears scan up and down the sonic spectrum, asking what kind of ‘shapes’ you’re seeing, then noticing how that picture morphs as the music moves through Time.
Robert Irwin’s subtle art installations are based on what he calls “perceiving yourself perceiving.” Vertical listening is related to “listening to yourself listening.”
So this is where the title Listening to Pictures comes from: The process of vertical listening creates the picture.
Tracklist:
1. ‘Dreaming’
2. ‘Picnic’
3. ‘Slipstream’
4. ‘Al Kongo Udu’
5. ‘Pastorale Vassant’
6. ‘Manga Scene’
7. ‘Her First Rain’
8. ‘Ndeya’
https://www.jonhassell.com/