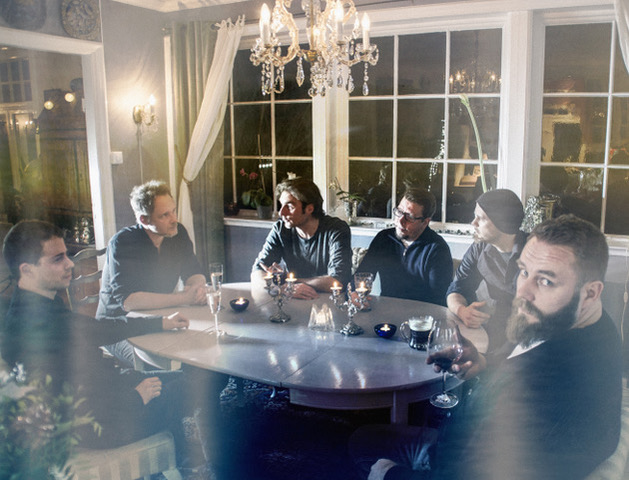 Following the release of their brand-new studio album, Soyuz, Norway’s Art-rock progressive collective, Gazpacho are releasing a new video for the track “Hypomania”.

Directed by Dewi Allen, who created the clip for the earlier released “Exit Suite”, “Hypomania” is the conclusion to a visual duology and counters the calm, ethereal nature of “Exit Suite” with an emotionally raw, heavy rock track represented by the fast-paced urban based scenes.

Gazpacho’s Thomas Andersen explains the song’s sentiment “’Hypomania’ is a song about someone who realises that he is in love with his own projection of someone and not the real person. He has a crisis and ends up leaving. As a Gazpacho song we spent a long time discussing if we should include it on the Soyuz album as it is different from the other songs there. It is a catchy straight forward rock song and we decided to keep it because it is exactly the kind of song men going through similar situations would be listening to while flying off to Vegas to lose all their money on gambling and drink.”

Gazpacho will begin their Soyuz tour this week and sees the band playing two sets – “The tour itself is not to be missed as we play almost three hours of music. New stuff, classics and older favourites that we haven’t played before. This promises to be an emotional and exciting night and is a must for anyone interested in different music. I was going to add that there’s free beer as well but that’s not true.” Thomas Andersen

Gazpacho have become synonymous for their distinctive art rock that balances tense and beautiful arrangements, sinister and soulful melodic lines, Soyuz furthers their experimental output. With a holistic approach to the album writing process, imbuing each with a captivating concept – in Soyuz the concept was born from the idea of how beautiful moments pass and cannot be “saved for later”, so within Soyuz are interconnected tales of people and lives “frozen in time”. Taking inspiration from a multitude of eras and subject matters, including the doomed Russian space capsule Soyuz and its iconic captain Komarov; the Tibetan Buddhist funeral practice in “Sky Burial”; the inclusion of the oldest recording of the human voice from 1860 and the Hans Christian Andersen inspired “Emperor Bespoke”.

‘it’s one of their most stellar achievements yet’ Prog Magazine

‘Further evidence as to why Gazpacho are a truly enigmatic and special act.’ Ghost Cult

“without a doubt one of the best albums of this year so far” Progwereld.org (NL)