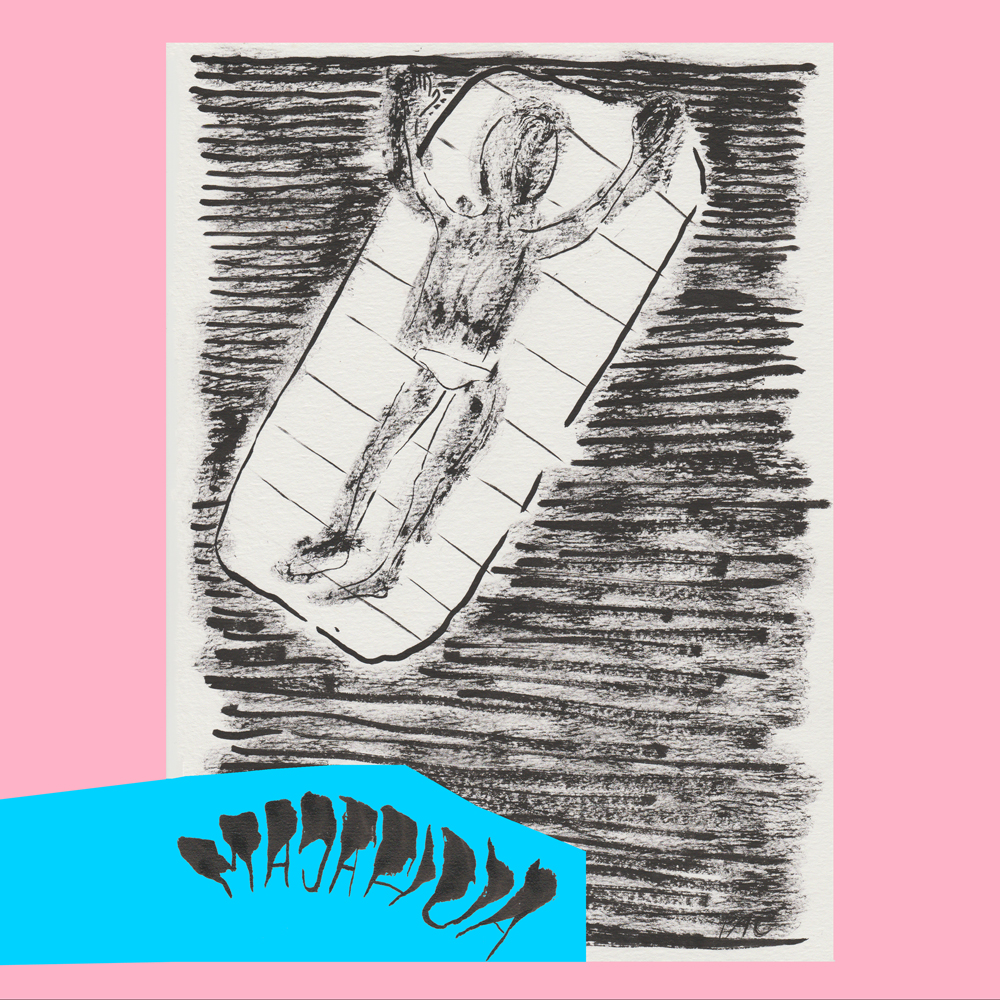 In 2009, the Danish Air Force opened its UFO archives to the public containing over 15,000 reported sightings of unexplained events that happened between 1978 and 2002. 329 pages of previously classified info were released but to this day we are still none the wiser that this phenomenon exists.Danish psych band, Future War Bride, whose debut album Majahua will drop on June 8th this summer, have a released a video for their time-traveling Thin Air single, warping between 60s melodic tangle and futuristic sounds in honour of these archives, reports and ongoing research into the unknown. It was the first track the four-piece ever recorded, and is, explained by frontman Mikkel Boström as, “a classic break up story about the distance between two people getting bigger. Underneath that it is the story of people acting as if they had altitude sickness, getting delusional and paranoid.”

The video was shot by the band and Brady Perron in Kvistgård, Denmark, home to the Futuro House – a classic prefabricated fibreglass house designed by Finnish architect Matti Suuronen in the late 1960s. It’s a well-known building resembling a UFO that the band decided to bring to life for Thin Air. The production was shot over two days, with no budget and with the help from good friends Jens Lundvald Petersen and Ida Franck, who star in the promo. Ida, who plays the estranged space bride, literally ran around the woods, outside of Copenhagen, for two days straight, barefooted in temperatures below zero. “Her feet were completely torn up, swollen and blistered, and I think you can almost tell on her face how harsh the pain was,” adds Boström.

As much as this is a story about inter-galactic visitations and break ups, it’s also a nod to human behaviour and our own man-made disasters. The world today looks even more space-age than previously imagined, so maybe we shouldn’t be afraid of the aliens, but they should be afraid of us.

Made up of Boström on guitars/vocals, Christian Ki on guitars/vocals, Morten Puper on keys and Jakob Gravlund on bass, the Copenhagen quartet started to write songs in a swirling, retrofuturistic dream-pop vibe taking inspiration from yesterday’s 60s psych explosion. The band then added their own swirling cocktail of heavy rhythms, fuzz-bass, acid-gobbling guitars and colossal synth wonderfulness to form an album that takes you on a truly warm psychedelic trip from start to finish.

Pre-order Future War Bride’s debut album Majahua that will be released on June 8th from i-Tunes and Spotify.