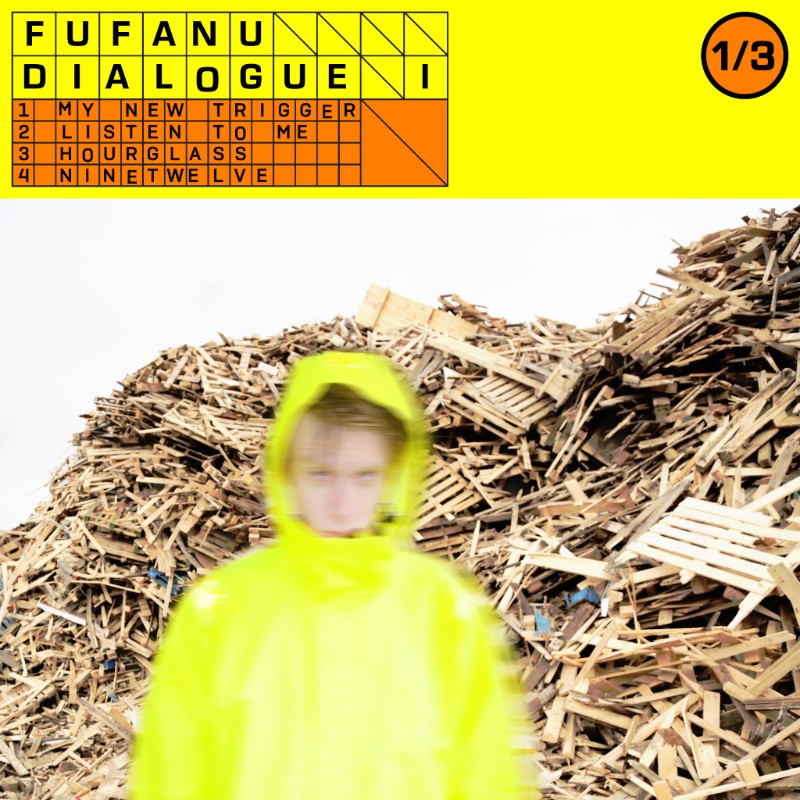 DIALOGUE I
out 29th June

“An airy synth ballad, “Hourglass” is a much blearier and melancholic approach than the band have delved into before. It’s further proof that Fufanu won’t settle into any one lane just yet, and that we may hear a lot of different versions of the band over the course of this year.”
Stereogum

“Fufanu shine a light into the bleak, mid-winter darkness.”
MOJO

“Their boldness and vast reserves of potential are what make them by far and away our favourite Icelandic act.”
Dazed

Named ‘Iceland’s most exciting young band’ by Pitchfork after the release of their celebrated sophomore LP Sports last year, enigmatic trio Fufanu have returned to reveal pensive electronica number Hourglass via Stereogum, also announcing the release of a series of EPs throughout 2018.

Each EP is an exercise in exploring their multiple sonic personalities, from motorik and post-punk to alt-techno, to woozy avant-garde electronica. The first instalment in The Dialogue Series – Dialogue I will be released on One Little Indian Records on 29th June.

Dialogue I contains 4 bold and ground-breaking tracks, written while touring Sports all over the world, with ‘ballad’ Hourglass documenting lead singer Kaktus Einarrsson’s process of grieving the loss of his grandparents whilst on tour.

Talking about Hourglass, Einarrsson said: “It was a big shock to me when I lost my grandfather, we were really close and understood each other to a special degree. I then lost my grandmother while I was on tour with Fufanu. She had been fighting cancer, but she was so strong that it came as a shock to me when she left. I did not manage to take care of the grief and feelings whilst on tour, so they just moved further and further away from me. It was then by pure coincidence that I was staying in the same hotel in Seattle where I had gotten the news that she had died exactly one year earlier, and those feelings kicked back. I realized that I had been numb for a year and at that moment I started to acknowledge that she was gone. I think I actually finished that process with Hourglass.”
Once the band returned to Iceland after a long stint touring, they had a bag of demoes written at different junctures on the road, purposefully created with no regard for a unified sound. They were eager to release the tracks into the world as and when they were written, looking to capture the sense of urgency with which the songs were formed. However, they asked MC, DJ and producer Alap Momin to listen to the demoes and before they knew it, he was on a flight from Harlem to Iceland to work with the band. The result of his input only served to highlight their desire for a distinctive exploration of genres between each record. Kaktus laughs: “Three Icelandic techno-rockers brought the Harlem club scene to their studio in Iceland – it was a life changing week.”
The trio don’t care for being placed neatly into a box, which has never been more evident in their career to date as it is throughout each of these three EPs. Lead singer Kaktus Einnarsson comments: “What is great about the creative workflow of Fufanu is that we’ve never just stopped. We’ve never hit a sound that we’re going to stick with, it has always been about discovering what it is we want to make during each moment, and to just keep on exploring.
“There’s this crazy need for people to always categorize everything. Life isn’t just on or off, good or bad – it’s everything in the middle.”