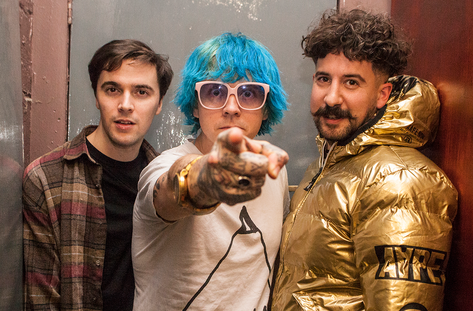 Few bands are as capable of being as direct and effective as Dancehall. The London/Kent-based trio, who formed in 2016, run on a mix of egoless ambition which has seen the band relentlessly self-release a collection of singles bristling with fuzz-drenched energy via cassette tapes and vinyl on their own Vibe/Anti-Vibe label. Debut 7″ single ‘Vs & Gs’ documented their anxious presence in the capital, rejecting thick slick adverts in favour of escape, with lead singer Timothy screaming “I’m ready/To blow!” over the thumping verge of a panic attack.

Since their bedroom demo origins, Dancehall have worked completely collaboratively. Each member bringing ideas together and working on the songs at their practice space in Limehouse to create a mix of songs that represents their musical heroes influence on the members: from DIY punk trailblazers Fugazi and the harnessed noise of Sonic Youth, to the driving melancholy of LCD Soundsystem and the less-cited catchy balladry of the B-52s and Blur.

Having initially met whilst teenagers — lead singer & bassist Timothy V (then of weirdo grungers Kill Kenada) formally introduced himself by stage-diving into guitarist (and self-professed Kill Kenada fanboy) Craig Sharp. It took Tim’s eventual move to London for the pair to begin writing songs in Craig’s loft bedroom, passing a guitar back and forth and sipping on Polish lager. Within a month the duo had amassed 60 near-finished songs before realising their intent and enlisting the metronomic David Keeler on drums and taking the band into a more energetic live setting.

The ethos of powerful but economic songwriting is laid bare on opener ‘KO’, which reads as the band’s manifesto: “Just play 3 notes/And sing 2 notes”. The album successfully captures the energy of Dancehall’s live show, where the tight controlled rhythm section of David and Timothy’s melodic bass lines and vocals are fuzzed up and occasionally derailed by noise emanating from Craig’s amplifier, pushing the band into the red.

Self releasing their debut, further demonstrating a conviction in their songwriting approach, was a brave move which resonates throughout ‘The Band’ with its variety. The opening post-punk triple threat of ‘KO’, ‘Vs & Gs’ and ‘Digging’ makes space for the more uncontrolled, introspective shoegaze of recent single ‘Droners’ and album highlight ‘Burn’ — which somehow effortlessly manages to collate Dancehall’s prickly angular side with a dreamy and politically disaffected chorus “I’m gonna burn this party down”.

After the heavier introduction of side A, the band knuckle down with the repetition of ‘Virgin’, the band’s attempt to back pedal the negative exploitation of sexuality by rock music before setting into ‘OK’—a counterpoint to opener ‘KO’—where the band relaxes into themselves and allows their song to freewheel away from the sharp angular turns elsewhere. Ending hotly with live favourite ‘Vitamins’, which darts from tension to release, Dancehall leave a lasting impression of a band restlessly prepared to take on anything. 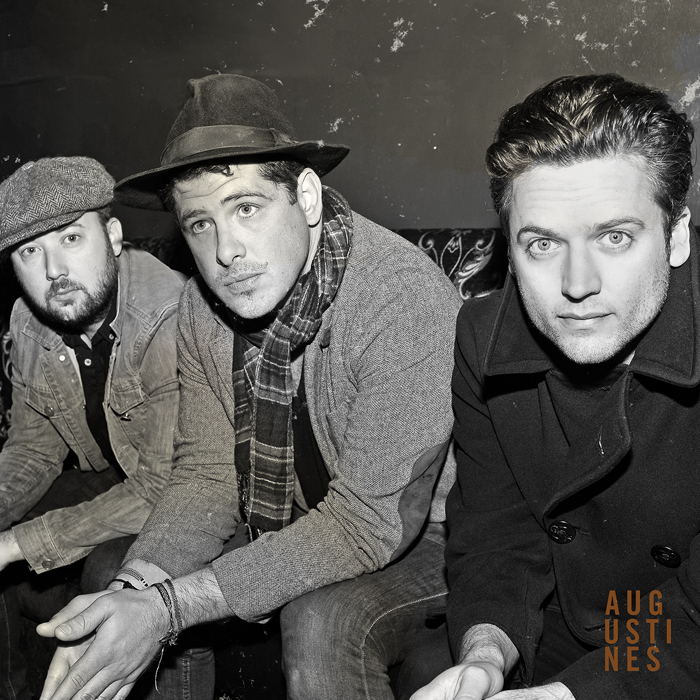