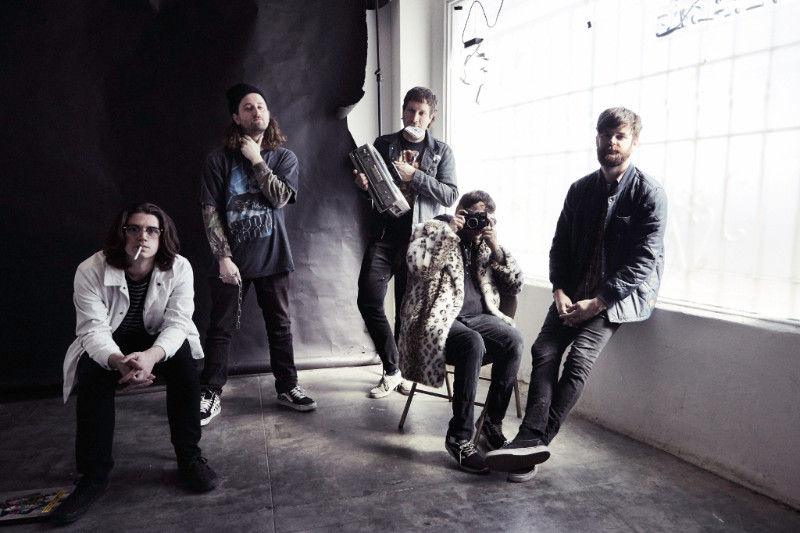 Bee Kind To The Bugs allows us a fresh peak into the technicolor world of ‘Bay Dream’ and frontman and songwriter David Kelling’s kaleidoscopic imagination. Upbeat and uplifting, the song shimmers with the kind of sublime melodies that Culture Abuse are fast becoming famous for across the musical world.

“I was smoking a joint on our back porch in SF with my roommates talking about bumble bees and how much they do for our planet,” explains Kelling. “The fact that they can even fly is a miracle and I was thinking about how they are all being killed off because humans are horrible. I wrote down the words ‘be kind to the bees, be kind to the bugs’.

“Musically, I’ve had the chord progression for the verse since I was in high school,” continues David. “I’ve written multiple songs with that same progression, never showed anyone, but I’ve always loved it. One day I looked at my note pad and saw the two lines, played the chords and the words just flowed out. I had also been reading ‘Sidartha’ by Herman Hesse; the chorus is basically trying to say that material possessions don’t love you back and looks don’t matter, so take all my belongings and let me find peace.”

Along with Kelling, Culture Abuse features guitarists John Jr and Nick Bruder, bassist Shane Plitt, and drummer Ross Traver. Formed in 2013, the band signed to Epitaph Records earlier this year. Culture Abuse return to the UK in June and July for an appearance at Download Festival and dates with The Bronx, followed by a trio of Rough Trade instore appearances in July.

FRANCESCA BELMONTE UNVEILS VIDEO FOR “WALK WITH YOU”

IN THE CARDS unveil new single ‘The Only Thing’