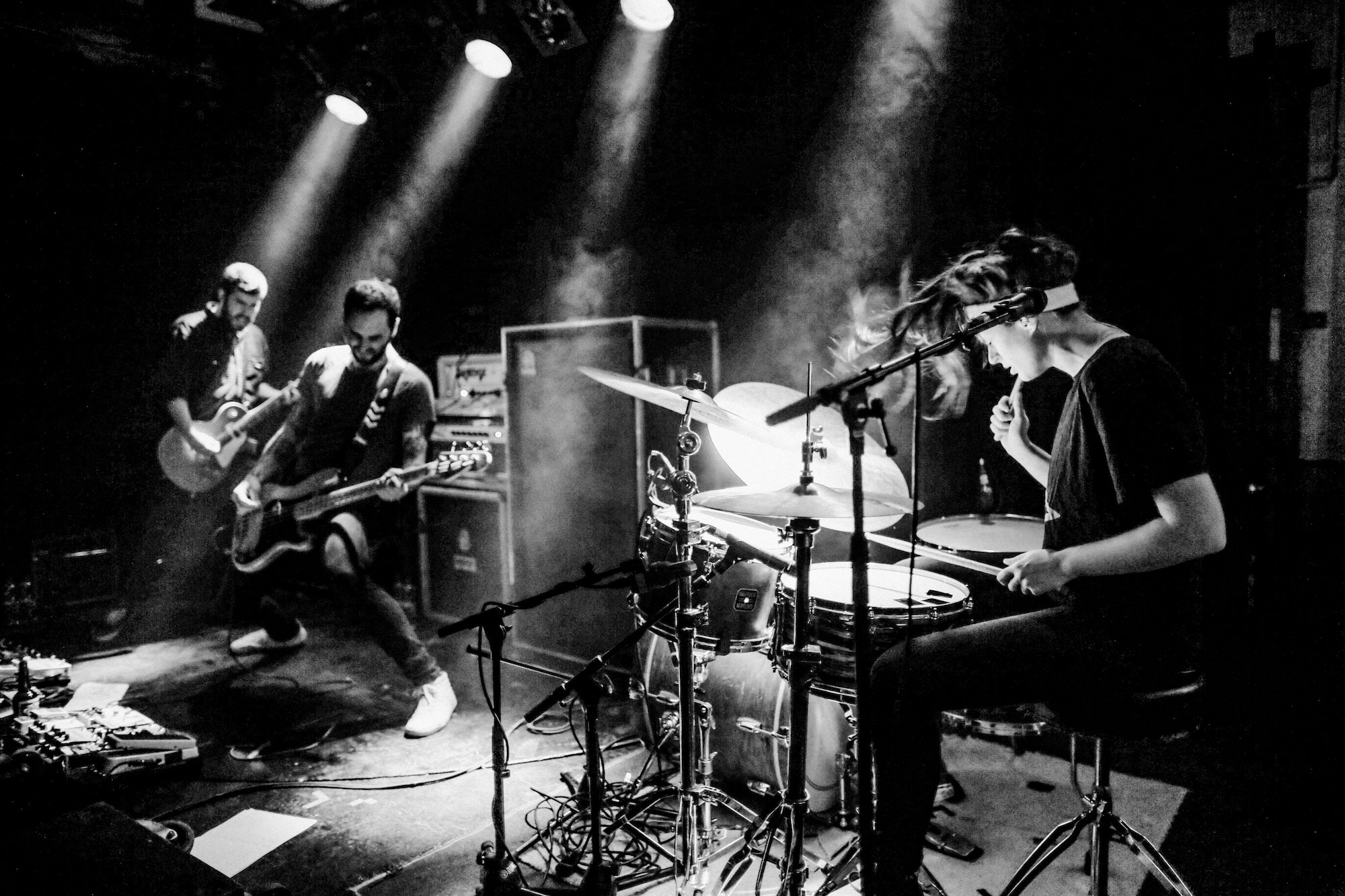 “Justice De Julia II is definitely one of our favorite tracks on the album. It’s one of the oldest songs and it shaped Brutus as a band. We feel really connected with this song and it’s super intense to play live” – Stefanie, drums & vocals

“We’re really happy we could give one of our favourite songs a dedicated video, together with the awesome guys at Lion Beach Productions. We pretty much gave them carte blanche on the video, to shape the song with their techniques and own creative vision. It’s cool to work with guys who have a passion for what they are doing in a similar way to ourselves, you feel connected in some way”
– Peter, bass

“This video feels like some kind of closure for the BURST album – and for us it feels perfect to close the campaign with this track. After the big run of live shows we have coming up, we start looking towards the next album!”​
– Stijn, guitars

A formidable and captivating live force, Brutus are currently gearing up for a UK & European tour withRussian Circles in May, and a European tour alongside Chelsea Wolfe in July-Aug. The band are also pleased to announce their support to Thrice on their upcoming UK tour this June.

Brutus create a pummelling, meteor-shower of sound. Drummer vocalist Stefanie mixes black-metal blast beats with math-rock flourishes whilst belting the most impassioned vocals, shifting from deceptively melodic to out-right larynx-punishing in the blink of an eye, whilst guitarist Stijn Vanhoegaerden takes ethereal post-rock tones to hardcore punk levels of speed and energy aside Peter Mulders powerful sub-frequency shift. The three collide to make a sound as monolithic and frantic as it is emotive.

February marked one-year since Brutus made their grand entrance with colossal debut album Burst. To celebrate the occasion, Hassle Records will be releasing a limited edition splatter LP version on Friday 11th May.

Wearing an eclectic and vast set of influences, Brutus are quickly gaining notoriety as one of the most exciting emerging rock acts, with notable figures such as Metallica’s Lars Ulrich, Biffy Clyro’s Simon Neil and The Dillinger Escape Plan’s Greg Puciato championing their music.

With all their different ideas and tastes they are able to form amazing collisions, both musically and personally. It’s exactly this that makes Brutus an unpredictable entity, a band that will keep you on your toes. Trouble comes in threes, so does Brutus.