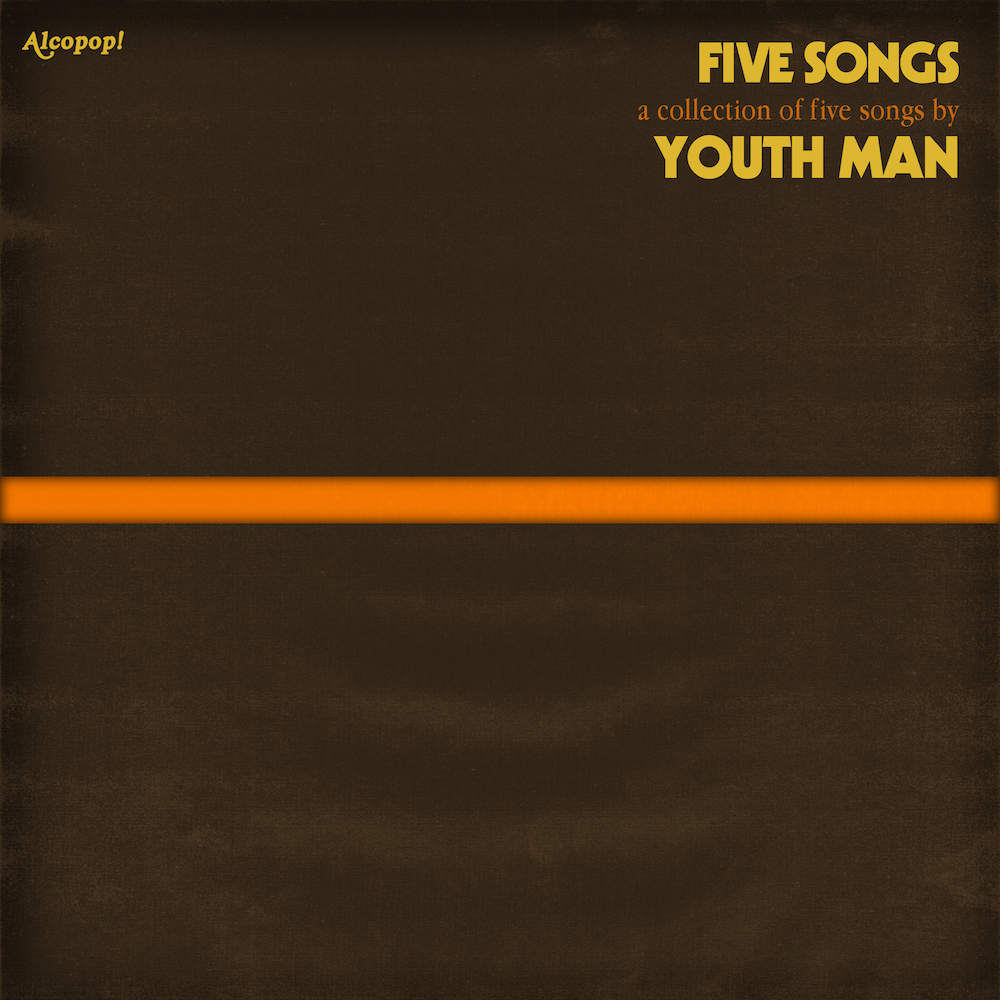 Birmingham punks YOUTH MAN are pleased to announce that they will be releasing their new EP Five Songs on 29th June 2018 via Alcopop! Records. The EP will be available on a limited edition run of 300 beautiful 12” yellow/orange marble vinyl and via all good digital service providers.

Bundles are available to preorder now from the Alcopop! Records store: http://ilovealcopop.awesomedistro.com/

Alongside the news the duo have revealed another brand new cut from the record in the shape of ‘Statuesque’ which can be streamed below:

The band are also proud to reveal they will be performing at this year’s AFROPUNK Festival 2018 in Brooklyn, New York on 25th – 26th August alongside the likes of Janelle Monae, Tyler The Creator, Erykah Badu, Miguel and The Internet.

Following the departure of bassist Miles Cocker late last year, founding members Kaila Whyte (guitar and vocals) and Marcus Perks (drums) have found a renewed sense of purpose in their reincarnation as a duo, with their live set up now completed by long time friend Meesha Fones (bassist from Birmingham contemporaries Dorcha), keeping the band’s stage dynamic and sound as visceral as ever.

With their music now solely creatively driven by the pair during both the writing and recording process, there’s a new urgency and focus to their output that’s seen them re-prioritising where their energy is best spent, resulting in the experimental, sharpened and bristling new Youth Man sound that’s evident on Five Songs.

“There are five new songs on it,” quips Whyte, when asked about the new record “We wrote a lot of stuff and discarded a lot of stuff – the five songs you’ll hear are the ones that made the cut. Most of the lyrics were written while we were invading Europe in a van on tour with Trash Talk, so a lot of it’s about cabin fever and fatigue and intoxication and stuff.”

Recording the EP with old friend Mark Gittins at Megatone Studios in Digbeth, Birmingham, the band utilised his indepth knowledge of their working process and sound to the max, and took full avantage of the space on offer – a quirky unit full of weird and wonderful bits and pieces of equipment. There’s a shaker on ‘Valley Girl’ that was made from a mic windscreen filled with thumbtacks and covered in gaffa tape, along with various bits of African percussion that were threaded through the recordings after they were found knocking about during sessions.

This time around the band have moved away from their punk influences and are exploring fresh dynamics – elements of hiphop rub shoulders with old guitar pop and The Knack-era rock, and the funk breaks of Parliament and Funkadelic. The lyrics have been streamlined – there are less direct political outpourings for a start – but as Perks is quick to clear up, “That’s not to say we’re no longer politically vocal. I just didn’t feel like bashing on about it so much this time because I spent most of last year drinking and partying too much and feeling sorry for myself. Each one of the songs on this record is either about being drunk, ill, sad or pissed off, because 2017 sucked.”

“We absolutely are distilling our sound,” they state emphatically. “We’re really, really bored with just making bangy, shouty music all the time. Miles was still in the band whilst we were recording and mixing the record, and between the three of us we just wanted to make something that would sound wicked coming out of your speakers. A sonic adventure, if you will.”

And on that note, Five Songs – with its gospel choir harmonies, African percussion, rhythm and blues drawl, and disparate jazz influences – is about as adventurous as it gets for what was once a punk band from Birmingham, and is now becoming a constantly evolving, unknowable pleasure with each new release. Mission accomplished, then.