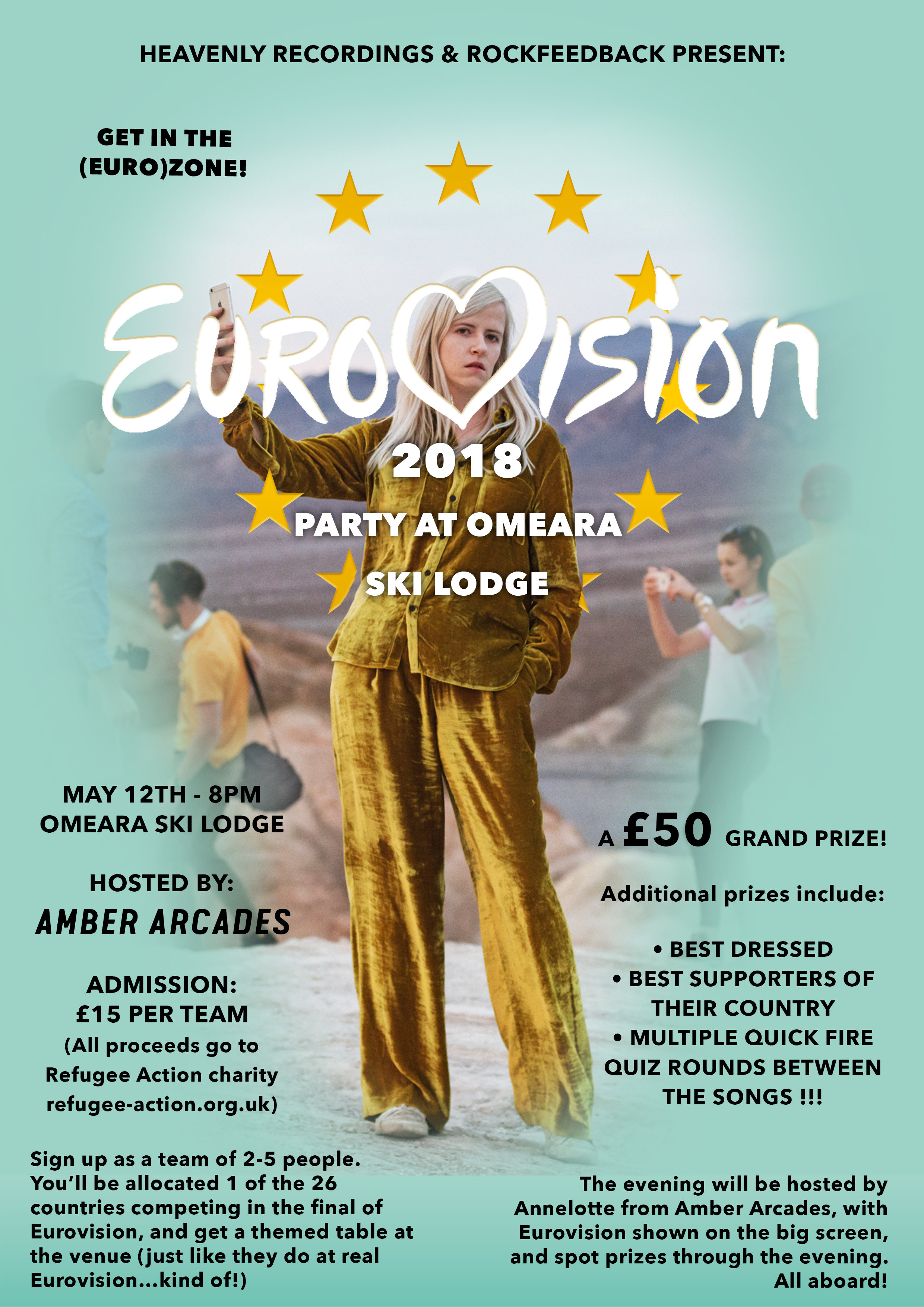 To raise money for the Refugee Action charity, Amber Arcades will be hosting a special Eurovision Party at Omeara Ski Lodge, London on Saturday 12th May.

Sign up as a team, be allocated a country and Amber Arcades’ Annelotte De Graaf will host proceedings in front of a big screen, with additional quizzes, spot prizes and Eurovision fun, plus a full bar.

Tickets are available at: https://www.seetickets.com/event/amber-arcades-eurovision-party/omeara/1222138

The band will be performing some intimate live shows in the UK and Europe this summer with a London show at Omeara on June 7th 2018 before summer festivals. Full live dates are as follows with UK shows in bold: