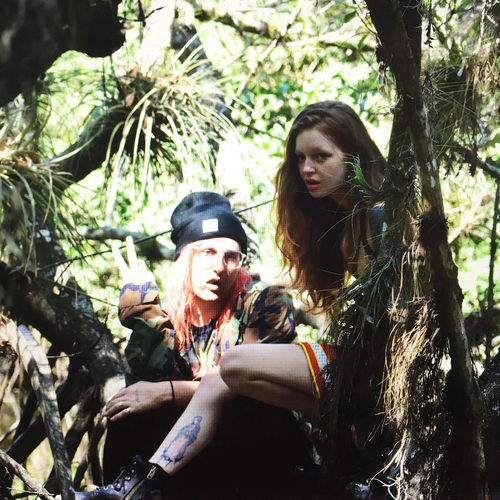 WHITE RING
Reveal new single “Leprosy”
Taken from album Gate Of Grief due out on 22 June via Rocket Girl Records
UK Shows in May with God Is An Astronaut
17 May – Electric Brixton – London (tickets)
18 May – Classic Grand – Glasgow (tickets)
20 May – Club Academy – Manchester (tickets)
“Leprosy” is the first single proper to be taken from the debut album Gate Of Grief by WHITE RING. Dark, brooding, abrasive and ethereal all at once, the track draws from a varied and challenging palette, steeped in existential dread. It was the first song they wrote for the album, as Bryan Kurkimilis explains; “This song was the first time we really wanted to start exploring aggression in our music.”The band will be hitting the road in the UK in May with God Is An Astronaut.
Gate Of Grief arrives a full eight years since WHITE RING’s benchmark EP, Black Earth That Made Me, which sold out almost instantly, making their records some of the most highly sought after on the underground scene and earning them a cult following across the globe. It was reissued by Rocket Girl in 2011 and still continues to sell in voluminous amounts.
WHITE RING were originally formed by Bryan Kurkimilis and Kendra Malia, before they were joined by Adina Viarengo, with Bryan and Adina currently touring as a duo. One of the most acclaimed proponents of the “Witch House” movement, WHITE RING blend heavy, distorted electronics with eerie, unsettling vocals. However, their new material, created over the course of seven years, pushes the boundaries further, subverting genre ideas and mashing them all together, with industrial, metal, rave, chopped and screwed, rap, grunge, neo folk, post punk and new wave all in the mix. As Bryan explains; “We treat our influences like tools to create a certain feeling. We are interested in covering more ground than sticking to a certain formula.”
Dwelling on the outskirts of pop music, WHITE RING grew up in the age of the internet and were exposed to a huge range of music. They have developed a unique style while pushing the boundaries of accessibility and musical genre. They have created a piece of art that is brimming with symbolism and underlying tensions, that seduces and scares in equal measure.
WHITE RING, have announced a flurry of dates supporting God Is An Astronaut in May.
“Fantastically dark as it fuses slo-mo hip-hop and distorted trance its scare comes in how seductive if it is.” Loud & Quiet 9/10
“With their distorted synths, gunshot claps and ghoulish diva… evoking a horribly claustrophobic atmosphere.” Uncut
“Less shoegazers-on-codeine, more Fuck-Buttons-go-mad-in-a-crypt.” Time Out

WHITE RING
Gate Of Grief
Tracklisting:
1. Heavy Self Alienation
2. Leprosy
3. Angels
4. Close Yr Eyes
5. Fields Of Hate
6. Low (featuring Fostercare)
7. Puppy
8. Chained
9. Nothing
10. Lasts In
11. Amerika (Lord Of The Flies)
12. Home Of The Brave
13. Burn It Down
14. Do U Love Me 2?
Facebook: facebook.com/whitering999
Soundcloud:soundcloud.com/whytering
Instagram: https://www.instagram.com/whitering999/
** ** **
20 Years of Rocket Girl Records
https://www.rocketgirl.co.uk/
Steered single-handedly by Vinita Joshi since 1997, Rocket Girl has evolved over two decades to become one of the UK’s most innovative and eclectic small independent labels, providing a home for a whole spectrum of alternative artists, new and established: Television Personalities, Cocteau Twins’ Robin Guthrie, Füxa, A Place to Bury Strangers, Piano Magic, God is an Astronaut, to name just a handful. Rocket Girl has no house style, no dedication to one particular genre, but there’s an ever-present mingling of melody, melancholia and mind expansion that seems to flow through her discography, and that seems to stem from her early teenage tastes growing up in Rugby, Warwickshire (Spacemen 3, The Smiths, Suicide, Nick Drake…), discovered while she explored the airwaves at night in her bedroom.
2018 marks the 20th anniversary of Rocket Girl’s first release proper, A Tribute to Spacemen 3 (also thirty years since Vinita’s first foray in the music industry: a Loop/Telescopes flexidisc released on New Year’s Eve 1988 on Cheree) and her staying power alone is worthy of its own tribute, given her label is still going strong amid the sales-strangling battlefield of free digital culture, major label monopolisation, and the increasing homogenisation of the indie music press.

Listen to Dylan Carlson’s hypnotic new track from Conquistador, out on the 27th of April on Sargent House