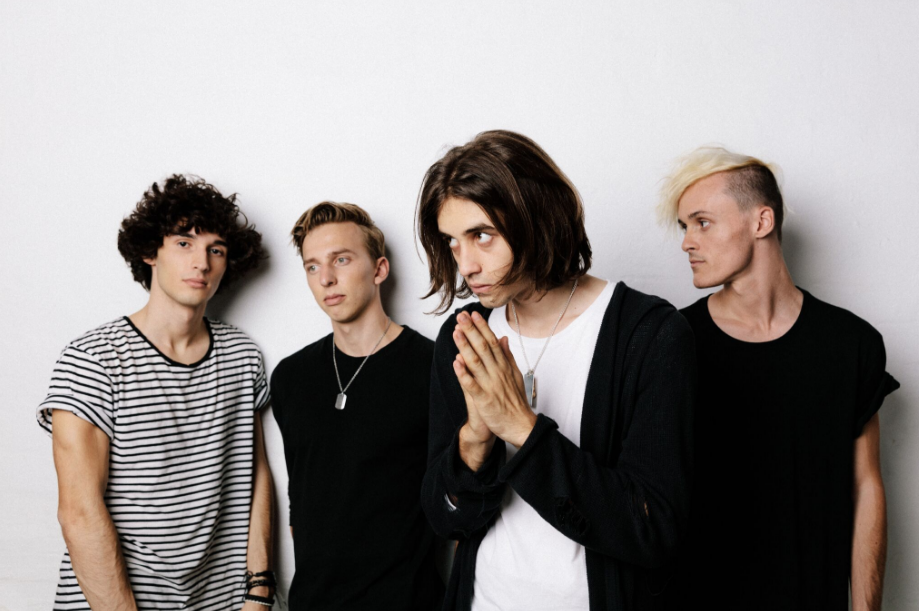 TOURING WITH LOWER THAN ATLANTIS

“Massive tunes…You have to hear them right now”
KERRANG!

​”Wentz, Dun, and Hoppus approved quartet prepare to make 2018 their own”
Rock Sound​

“…there’s no doubt that the Faim are going to be heard everywhere.”
Alternative Press

Perth, Australia’s newest export, The Faim have premiered a brand new video for latest single ‘Midland Line’. The video showcases the guys delivering a passionate and explosive performance, complete with their signature gold hue as the backdrop.

The single follows the huge debut single ‘Saints Of The Sinners’, co-written with Pete Wentz of Fall Out Boy.

According to Rock Sound Magazine, “Midland Line” is “coated in glorious sunshine” and is set to be the “soundtrack of your summer.” The song is streaming on Spotify and Apple Music and is also available to purchase on iTunes, Amazon, and Google Play. A full list of digital retailers can be found HERE.

The track was produced by John Feldmann who says “working with untapped talent like The Faim doesn’t happen every day. I see something in them that I don’t see in a lot of bands… Amazing songwriters, incredible performers, great front man”
The Faim starts an Australian tour with Sleeping With Sirens this week, which kicks off at Sydney’s Big Top and concludes in Auckland, NZ at the ASB Showgrounds on Sunday, April 29th. They then return to the UK to complete their trek with Lower Than Atlantis and then also support PVMNTS for a quick run of dates, followed by a batch of headline shows at The Forum in Tunbridge Wells, Stereo in Glasgow, and The Anvil in Bournemouth.

The Faim is also pleased to announce a series of UK summer performances at the Sound City, Great Escape, Slam Dunk, Camden Rocks, and Download Festivals. In August, the quartet will also play the esteemed Reading and Leeds Festivals.

UK DATES BELOW:
Lower Than Atlantis remaining tour dates with support from The Faim

Tickets £16.50 and on sale now  lowerthanatlantis.seetickets.com

Watch the video for previous single ‘Saints of the Sinners’ HERE

‘Midland Line’ is out via BMG worldwide now.