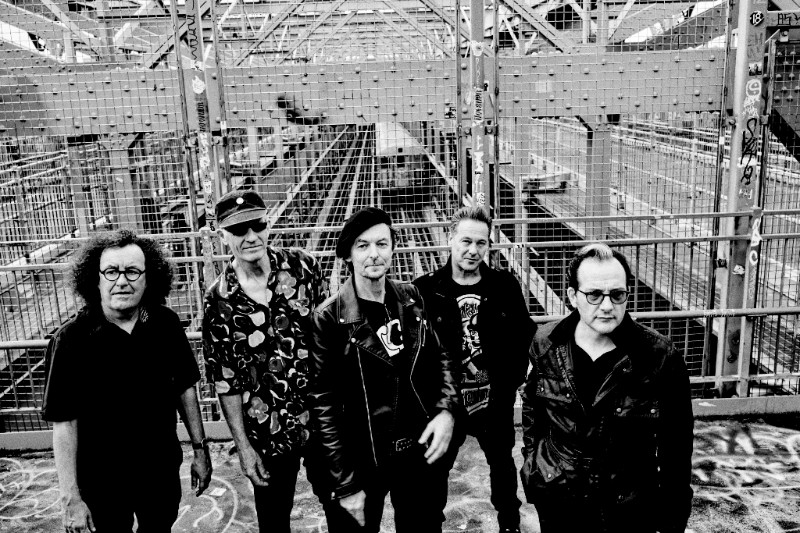 “A batch of songs that snap and snarl in all the right places.” Uncut

“Stands up with the very best of the band’s back catalogue.” Classic Rock

In the week leading up to the hugely-anticipated release of ‘Evil Spirits’, the first new album in ten years from British punk rock icons The Damned, the band are giving the world another fresh taste of their new material today with the release of ‘Procrastination’ for download/stream on Spotify.

Written by keyboard player Monty Oxymoron within the burst of creative activity that led to the recording of ‘Evil Spirits’ with famed producer Tony Visconti in October of 2017 at Atomic Sound studios in Brooklyn, ‘Procrastination’ is a pulsating, glam stomper that musically does anything but hesitate or stall, as its title might suggest.

“The song came together by accident really,” explains Monty. “I sent Captain the basic tune with some lyrics, but it didn’t have a chorus at that point; magically it all fitted with a totally separate instrumental piece that he had and it all slotted together perfectly!”

“Regarding the lyrics, I think everyone suffers from procrastination,” continues Monty. “We’re all capable of putting off the stuff we don’t want to do. I was in Glastonbury recently and got myself a T-shirt that sums it all up quite nicely; ‘procrastinators of the world unite…tomorrow!’

“Ahh yes, one of Monty’s, this one,” adds Captain Sensible. “A bit of self-analysis here: what could be the reason that this band’s last album was recorded back in 2008? It’s good to be able to laugh at yourself – well, at least I think he’s talking about himself there… Isn’t he? Or is it me? Blimey!”

You can catch the band live in the UK next in June when they tour as support to the Hollywood Vampires (Joe Perry, Alice Cooper, Johnny Depp) at the following dates:

And at the following headline shows in August:

‘Evil Spirits’ will be available on digital download via Spotify and i-Tunes, on CD and 180g vinyl available to pre-order now from https://thedamned.lnk.to/evilspirits
Follow The Damned at: