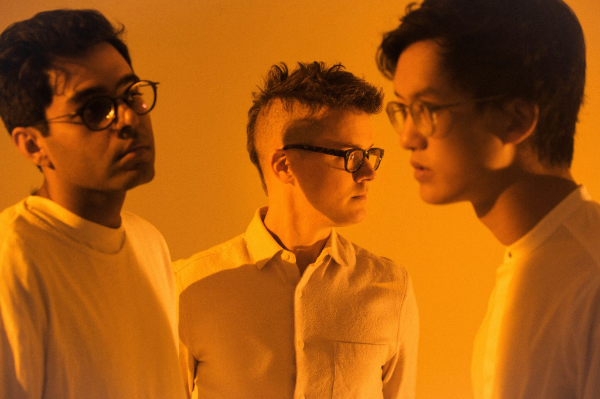 Following a sold out London show at The Scala, Son Lux have shared a gripping new music video for “The Fool You Need” from their recent album, ‘Brighter Wounds’, along with more live dates for this summer.

Director Jean-Paul Frenay — who previously collaborated with the band on 2016’s “Cage of Bones” video — says he felt an instant, visceral connection to the track: “Ryan’s lyrics are always very poetic and open to interpretation so I went with what it evoked to me. The song could be interpreted as a strange submissive love song but I found a deeper sub-layer in it about the general struggle of life and what it means to go through it.

I based the video on the circle of life and death. It’s a poetic allegory illustrated by this phantasmagoric hotel corridor that challenges our characters individually throughout the movie. The two are fighting their way to each other, reaching out during the climax — when Ryan is almost begging in the lyrics, singing the emotional sentence “Hollow me.” I always get goose-bumps when I hear this part of the song.“

Son Lux – comprised of Ryan Lott, Rafiq Bhatia (who plays his own show in London this Friday – details here), and Ian Chang – begin a North American co-headlining tour with Kimbra on May 14th before embarking upon a European tour throughout the rest of the summer. See below for a full itinerary.

The follow-up to 2015’s exultant and explosive LP ‘Bones’, ‘Brighter Wounds’ was released earlier this year on City Slang worldwide and finds Son Lux transformed all over again. This fifth album marks another fundamental shift as Lott leaves universal themes behind to write from a personal perspective: while making these songs, he became a father and lost a family member to cancer. Days of “firsts” were also days of “lasts,” and the normal fears of first-time parenthood were compounded by a frightening new reality — Lott’s son was born shortly after Election Day 2016. These songs draw on all of that: warm reflections of a fading past, the pain of still-present loss, and a mix of anxiety and hope for a future promised to none.