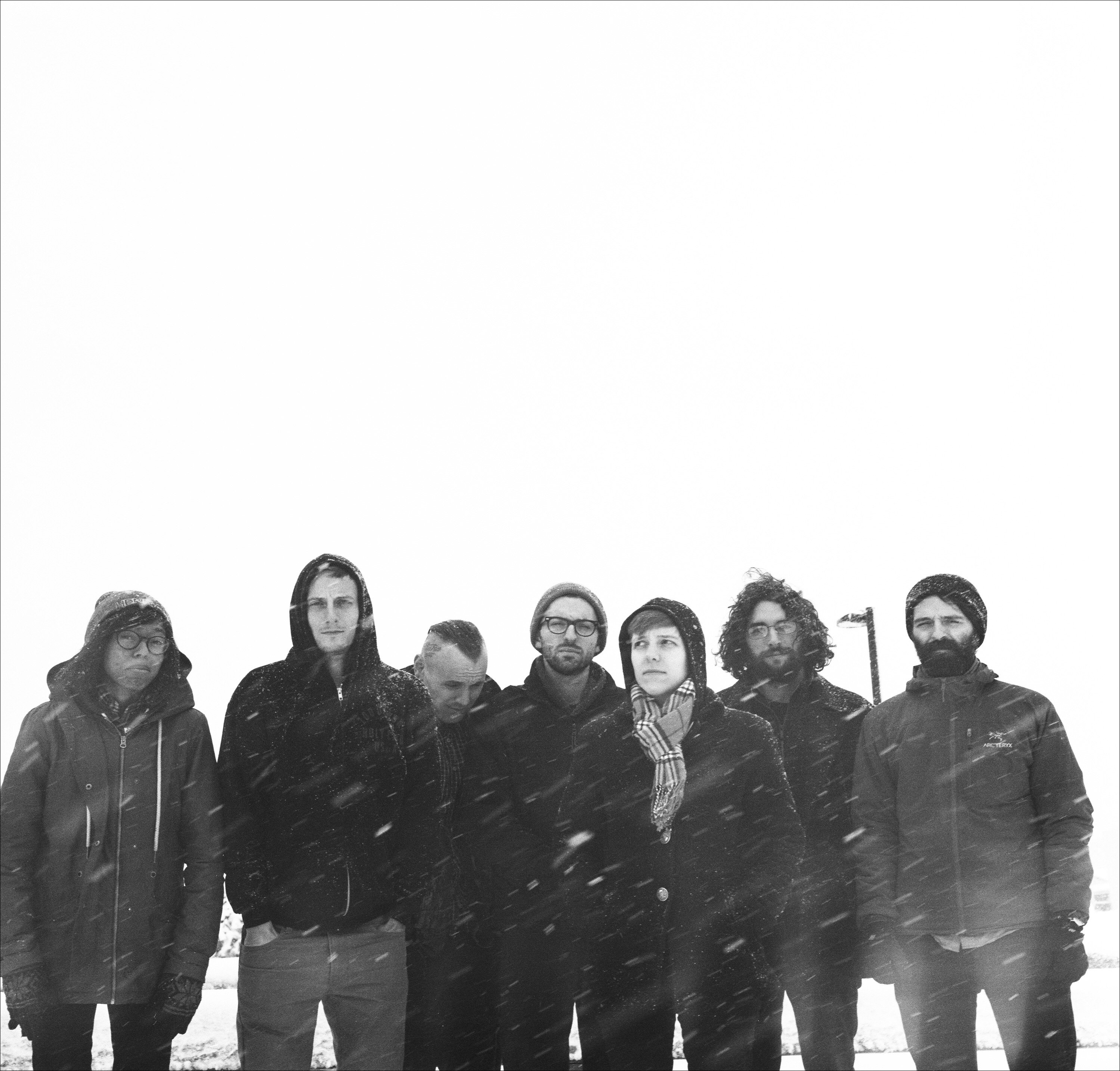 Run For Cover Records is excited to announce that they’ve signed sprawling cult independent band Self Defense Family. The band will release their debut LP for the label, titled Have You Considered Punk Music on June 29, 2018. Pre-order for the album is currently available and Self Defense Family will tour the US with Sannhet this June (all tour dates below).

On their debut Run For Cover Records album, vocalist Patrick Kindlon asks the listener to take a close look alongside him at the bottomless drive to create that he’s spent his life exploring. “It’s about feeling very intensely about a thing you’re becoming increasingly aware the rest of the world doesn’t give a shit about,” says Kindlon. “It’s like how people feel about their cats: they love their cat, but you don’t give a shit about their cat.”

Today the band released the forthcoming record’s title track alongside a podcast where vocalist Patrick Kindlon and guitarist Andrew Duggan do a deep dive into the making of and meaning behind the song. They also released a video for the track that can be seen HERE.

While the video and the track may at first seem incongruous, Kindlon explains that the parallels of owning a small business and making punk music aren’t as far apart as one might think. He explains:

“We’ve never had the wherewithal to operate like a business. I think we got a band credit card a couple months ago, and I have no idea where it is currently. But since we started I’ve admired the bands that saw themselves as  artists AND small business owners. Both require the strength to admit most people will never care the way you care. I can’t have a boss. It’s a personality defect; I recognize that. But there’s a lotta people like me out here. I thought the video for our first single off Have You Considered Punk Music was a good space to highlight a kindred spirit.”

Ask any touring musician and they’ll agree: years spent on the road can be measured like dog years. Over time, the unpredictable nature of the lifestyle starts to become not only predictable, but all-consuming. On the band’s latest full-length Have You Considered Punk Music, singer Patrick Kindlon reflects on his time as a musician, taking a closer look at the bottomless drive to create that he’s spent his life exploring. “I’ve been doing something for a long time that I find really fulfulling, and I’m able to look at it with more clarity as time passes,” says Kindlon. “I can look at things from 10 years ago, or the reason I even got involved in this thing in the first place, with more perspective. The changes I’ve gone through as a person over time are interesting to me. I spend almost all my waking hours making things, and that’s a relationship I assumed was normal, but as I’ve gotten older I’ve started to understand that that’s not the way everybody is looking at life,” says Kindlon.
His choice to reflect on his experiences isn’t a topic he discusses with ease – “It makes me sound like I’m 200 years old,” he jokes – but it’s one he does well, distilling personal, specific experiences into simple and relatable metaphors. “It’s about feeling very intensely about a thing you’re becoming increasingly aware the rest of the world doesn’t give a shit about,” says Kindlon. “It’s like how people feel about their cats: they love their cat, but you don’t give a shit about their cat.”

Kindlon’s passion for making music is matched by his bandmates. While many bands have found themselves stuck in a rut after years of making music together, Self Defense Family’s unique structure ensures that the band never ends up at a dead end. Their tours aren’t mandatory, but instead an open invitation to whoever would like to come, whether that be three members or seven. Their recording process is equally as open ended; when one member gets creatively burnt out, another will take their place, often offering a new take on the song at hand in the process. This type of system can lend itself to chaos at times, but to the band, it’s worth it in the end. “While it can be frustrating to sift through a million ideas, at least you have a million ideas to sift through,” says Kindlon.
The album was recorded in just under two weeks, the longest the band has ever spent in the studio at one time. As they often do, the musicians in the group who chose to participate in the project came to the studio completely unprepared and wrote the songs as they tracked them. “For us, recording is largely about first takes,” says Kinlon. “We don’t see recording as creating a product – we see it as capturing whatever’s going on at the moment, and if we mess it up, we’ll do better next time. This album is different for us in the respect that it’s a fairly polished final product.” It’s a perfect fit for a record about making records – that, simultaneously, the band hones in on their craft while dissecting the craft itself.