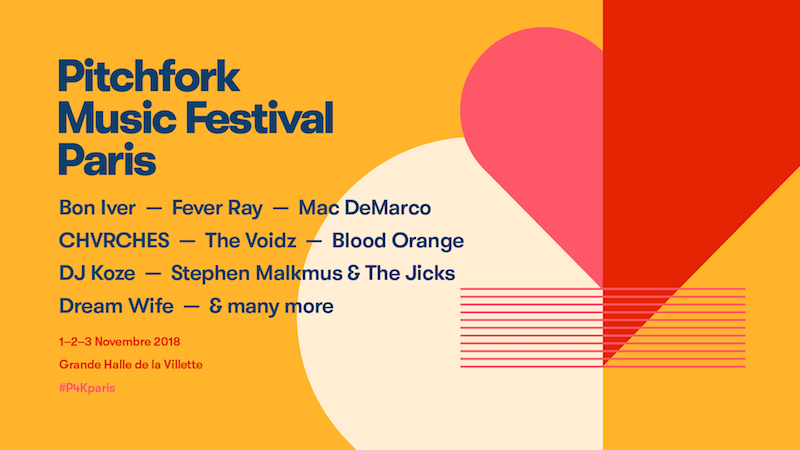 Pitchfork Paris will host the captivating synth pop sounds of CHRVCHES, the avant-garde underground sound ofThe Voidz, which sees Julian Casablancas (the voice of The Strokes) and his band of musicians combine a multitude of genres, all the way from garage rock, pop, electro, psych & even traditional Asian music. As well as this, German DJ Stefan Kozalla aka DJ Koze will be playing, having just announced his first new album in 5 years,Stephen Malkmus & The Jicks will be performing, which will  see the ex-Pavement frontman and The Jicks reunite after a four year break & Dream Wife will be there in full force with their explosive grunge-punk sounds.

Since 2011, the festival has made the Grande Halle de la Villette its home, right in the heart of Paris’ 19th arrondissement. Spread over 3 days, the festival offers music lovers a bold line-up that’s like no other, showcasing the best of the international indie scene.

And since 2016, Pitchfork Paris has spread its musical wings with Pitchfork Avant Garde. Spanning Paris’ Bastille neighbourhood, come discover the new indie guard over two nights of music, on 30 & 31 October.