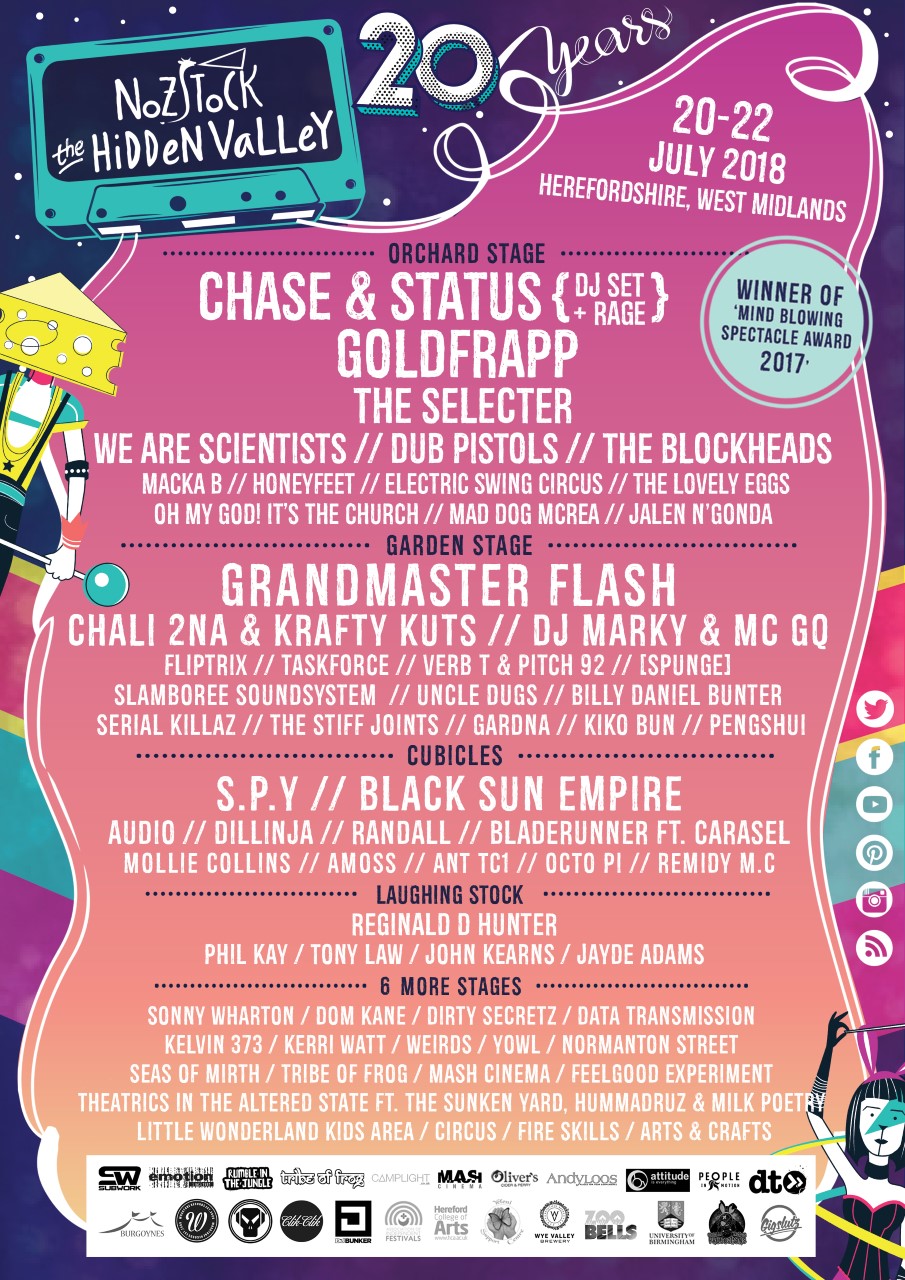 Nozstock The Hidden Valley is incredibly proud to reveal the next wave of artists, performers, and entertainers performing at this summer’s 20th anniversary.

From Friday 20th to Sunday 22nd July, the festival celebrates two decades of mesmerising get-togethers on a working farm in the rolling hills of Herefordshire. Curated by the father and daughter duo of Pete and Ella and their huge extended family, Nozstock has flourished over the years into one of the country’s weird and wonderful odysseys.

Pete says: “I can’t quite believe we are reaching our 20th anniversary. It’s been a crazy adventure since we started with just a handful of friends on the farm, and now look where we are! We feel we’ve got a brilliant line-up for everyone this summer, with some really special performances to look out for across all our stages, and in the nooks and crannies. Get set for one hell of a party!”

The Orchard hosts some amazing new artists performing this summer. No stranger to festivals around the world, first new headliners We Are Scientists have cemented their status within the rock genre – from Brooklyn to Bromyard, this is going to be really special. The Blockheads are true UK legends, bringing their electric funk, rock, punk and a catalogue of hits. Next up,

Honeyfeet are quite unlike any band on the circuit, with their infectiously danceable groove, guttural passion and impeccable style. Jalen N’Gonda was inspired by his father’s collection of jazz, hip-hop, soul and classical records, and his tender soulful voice is a joy to behold whilst Mad Dog Mcrea blend a unique mixture of folk rock, pop, gypsy jazz, bluegrass and “shake-your-ass” music.

The Garden provides an eclectic mix of urban sounds and acoustic musings. Recently described as a mash up of Basement Jaxx and The Rocky Horror Picture Show performing at The Moulin Rouge, Slamboree Soundsystem are a unique ensemble. Spunge are one of the leading acts in the ska scene, whilst master junglist Uncle Dugs and hardcore legend Billy ‘Daniel’ Bunter will bring the noise. Harbouring true passion for music culture and being blessed as a wordsmith has allowed Gardna to approach the music game from a fresh perspective, CW Jones brings a feast of flavours and Verbal Highz blend a heady cocktail of punchy boom-bap production, infused with complex, tongue twisting lyricism. There’s also Feelgood Experiment, Natty Speaks, Almatic, Revrt and Old Baby Mackerel.

In Laughing Stock, the socially and politically-charged Reginald D Hunter remains on a constant quest for the truth, with his razor-sharp comedy always capturing the mood of the world. Tony Law takes in time-travelling dogs and focuses on the absurdities of everyday life: you name it, he can make you laugh about it. Paul Sweeney’s musical musings and inimitable moustache are framed by his bone-dry wit, and experienced Nozstocker Rich Wilson is returning to the farm with his razor-sharp suits, timing and delivery. In 2017 Harriet Dyer was selected for the prestigious Edinburgh Fringe ‘Big Value Showcase’, proof that some of the darkest things in life can also be the funniest.

Meanwhile, over at the intimate Bandstand, Weirds are a fully immersive, musical experience and Scottish born singer-songwriter Kerri Watt provides a dose of celtic charm. They are joined by Johnny Smyth, Josh Ace, Boatbar to Hamburg and Von Horn.

The fantastical Cabinet Of Lost Secrets have also revealed their performers for the 20th anniversary. There’s soul and hip-hop from Normanton Street, whilst the Seas Of Mirth crew bring their interactive silliness and bizarre sea-based pirate shanties. Mango Factory are a grooved-up, original, funk-Latin-soul band; Ask My Bull crackle with an infectious energy that always sends a current through the crowd; Almatic effortlessly meld styles including neo soul, folk and breakbeat. They are joined by Swansea Laptop Orchestra, Collective 43, The Imaginary Hat, Razzomo, Mohawkestra and many more.

In a post-coup land whose citizens have been left to piece together their own rules of engagement, incredible practitioners of theatre, circus and craft work have set up camp, proclaiming The Altered State, a revamped epicentre of play and surreal expression at Nozstock. By day revellers can expect the unexpected – games, workshops, impromptu paint fights at the Sunken Yard – and by night it’s fire shows, disco tunes and madcap roaming performances. Welcoming a host of artists to intrigue, educate, debate and entertain including Delirium, Poco Creations, Ras King Bobo, Circo Inferno, The Fetch, Ignite, Jackie Clementine, Milk Takeover, Richard Robbins, BSL workshop, Hula hooping workshop, Cae Ellison, Defective Collective, Easel Peasel, Geofest Collective, Rich Butnotfamous, Wonky Bike Collective, Wye Circus, Speakers’ Corner, Anthony Nolan, Minitree of Sound and Conquest Youth Theatre, plus the welcome return of Chicken-shit Bingo and the Human Jukebox. Visitors can expect a next-level education from Sexual ‘Elf, who’ll be purveying her wisdom on visitors to late night cabaret, with activities, games and silly adventures afoot. There’ll even be prizes up for grabs. 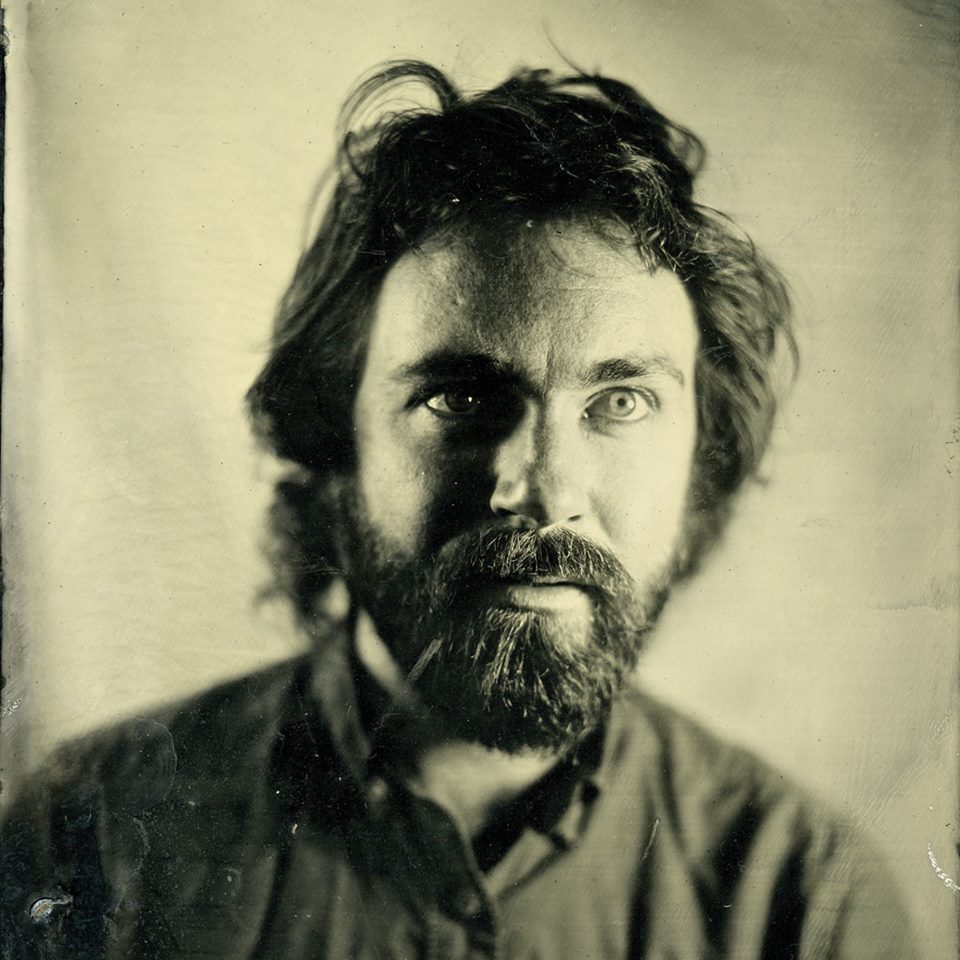