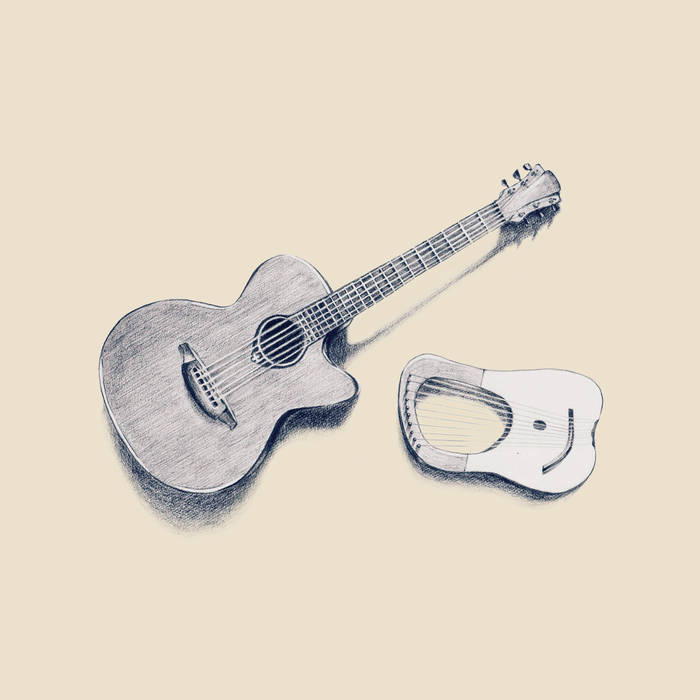 “Lyre Song” is the third single to drop ahead of Natalie Evans‘s debut album ‘Better At Night’ (which follows on 25th May) via Small Pond recordings. Melding folk, pop, experimental and classical influences, this latest track follows the “In Trees” and “Hard To Forget” singles, which gained support including BBC Introducing, WNYU Radio, Clash, Women That Rock and Punktastic, as well as soaring streaming figures. While winning new fans, Evans’s new material has also been met with excitement by existing followers of her work (which includes vocals on Delta Sleep’s “Camp Adventure” – a cult hit with more than 1.5 million Spotify plays).

With a distinctive playing style and finely tuned songwriting sensibilities, Kent-born Londoner Natalie Evans’s music glows with a rare self-contained grace, as she wraps her minimalist and deceptively simple lyrical lines in winning hooks and harmonies.

“Lyre Song” is distinguished by the heavenly tones of the lyre harp, an instrument that she picked up recently to add to her virtuosity on guitar, harp and piano. A hazy scattering of unusual percussion sounds were conjured from reverb-heavy stamps and claps, and walls, floors, pillows and random objects being beaten with sticks, in the cavernous barn-turned-studio of producer Martin Ruffin. This bittersweet and summery soundscape is the backdrop for a tale of twenty-something distraction, a crisis of confidence and fear of being left behind as friends disperse for worldly adventures; the songwriting style is infused with inspiration from the likes of Taken By Trees and Joanna Newsom to Owen and Sufjan Stevens, and the delicately powerful outro leaves an emotional imprint.

The original will be joined on the single by a bonus Alternate Version, to be sent in a separate promo package; a subversive take on the song featuring production from Samuel Organ (who has received support from Mary Anne Hobbs, Late Junction, Tom Ravenscroft and Stuart Maconie for work including his Mount Bank solo project and as a member of The Physics House Band).