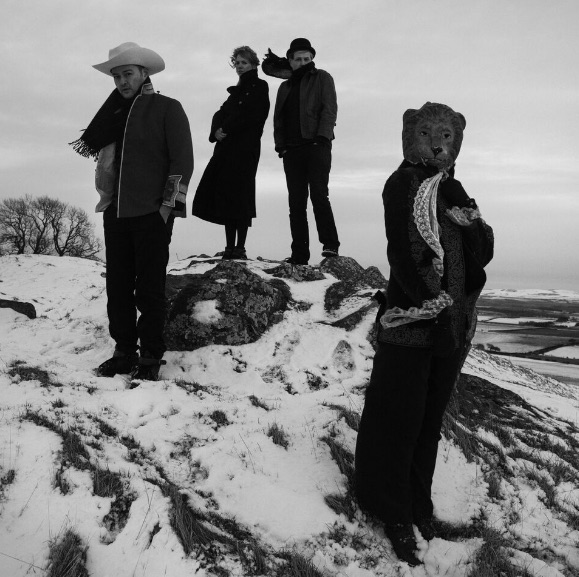 Maven Grace hail from Hong Kong, Connemara, Rome and London and release their debut single ‘Innocent Dreams’. Individually they have appeared at festivals from Glastonbury to Beijing, written Hollywood film scores and recorded 10 albums worth of songs.

‘Innocent Dreams’ is a manifesto for a band navigating the immense distances that separate them because they cannot let go of their music. The song is a message of hope aimed at both the band and its listeners. With sweeping soundscapes, reminiscent of Beach House and DIIV, that wash over the listener, ‘Innocent Dreams’ is a masterclass in dream pop excellence.

“Chang Zai Wo Xin…Bi Shang Yan Jing…Jiu Shi Jia”.  In truth, there’s a certain freedom to being misunderstood – Sung partly in Mandarin and partly in English, the song challenges its listeners to share the singer’s sense of alienation and confusion.  Comfort of home, many a mile away” – These are the words of a mixed-race outsider growing up in Beijing and London, never fully accepted anywhere.

In their own words: We cannot write songs in the usual way. Turning the challenges posed by the distances between Hong Kong, Rome, London and Ireland into an advantage, we exchange ideas inspired by our surroundings.  The time difference itself has its part to play as well when early hours Hong Kong fuses with mid-afternoon in Europe. Ideas that occur to one of us in broad daylight are filtered in real time through the sensibilities of someone else several time zones away. Creatively connected but often separated by thousands of miles, we end up writing music that would never be produced if we were always sitting in the same room. A unique combination of circumstances has, we hope, developed into a unique form of songwriting.

Alt-rock duo Leisure Tank step into the spotlight in new video for ‘Higher’!