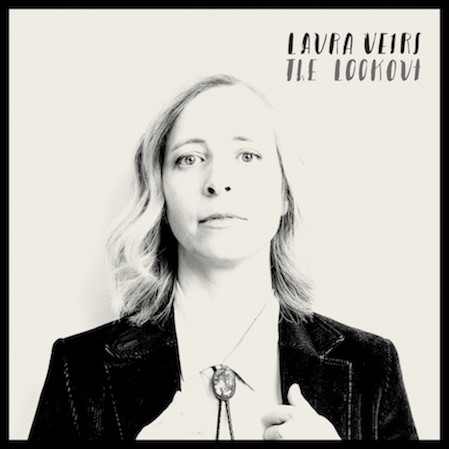 “The Lookout” to be released 13th April on Bella Union

Laura Veirs is set to release The Lookout, her tenth solo full-length album, on April 13th via Bella Union. Leading into its release, the album is now available to stream via NPR Music’s “First Listen.”

“The Lookout is by far the strongest and most sure–footed record of her career… A work of striking maturity, full of nuance, intelligence, and many welcome, unexpected turns.”
Uncut – 8/10 (Album of the Month)
“Like Sufjan Stevens’ Carrie & Lowell, The Lookout contemporises fairly traditional folk. Veirs has her own musical universe, however, and this album has been well worth the wait.”
MOJO – 4 Stars ****

Laura Veirs, a still too little-known songwriter based in Portland, Ore., previews her 10th album, The Lookout, with “Everybody Needs You.” It’s a tense, friendly tune thoroughly interwoven with nervous undercurrent: her quick acoustic guitar-picking, a rock band, a chamber orchestra full of woodwind pulsations and string-section countermelodies. Her voice sounds shy, but the ambitions are huge.”New York Times

[Laura Veirs] is coming back with a new solo album called The Lookout, and if lead single “Everybody Needs You” is any indication, it’s going to be equally excellent.”

Veirs will be touring the US and Europe throughout the Spring, reaching the UK for the below UK dates in June:
Saturday 2nd June – SHEFFIELD – The Hubs
Sunday 3rd June  – LEEDS – Brudenell Social Club
Monday 4th June  – NEWCASTLE – The Cluny
Tuesday 5th June  – GLASGOW – Oran Mor
Wednesday 6th June – MANCHESTER – The Deaf Institute
Friday 8th June – LONDON – Union Chapel
Saturday 9th June – CARDIFF – St John The Evangelist
Sunday 10th June  – BRISTOL – The Thekla
Monday 11th June – BRIGHTON – The Komedia
A prolific songwriter for over twenty years, Laura Veirs proves the depth of her musical skill on The Lookout. Here is a batch of inimitable, churning, exquisite folk-pop songs; a concept album about the fragility of precious things. Written and produced on the heels of Veirs’ acclaimed album with Neko Case and kd Lang, The Lookout is a soundtrack for turbulent times, full of allusions to protectors: the camper stoking a watch fire, a mother tending her children, a sailor in a crow’s nest and a lightning rod channeling energy.
“The Lookout is about the need to pay attention to the fleeting beauty of life and to not be complacent; it’s about the importance of looking out for each other,” says Veirs. “I’m addressing what’s happening around me with the chaos of post-election America, the racial divides in our country, and a personal reckoning with the realities of midlife: I have friends who’ve died; I struggle with how to balance life as an artist with parenting young children.”

Both familiar and strange, The Lookout gets better with repeated listens, warming to the skin like a cherished saddlebag, critical for the journey ahead.

The Lookout will be released 13th April via Bella Union